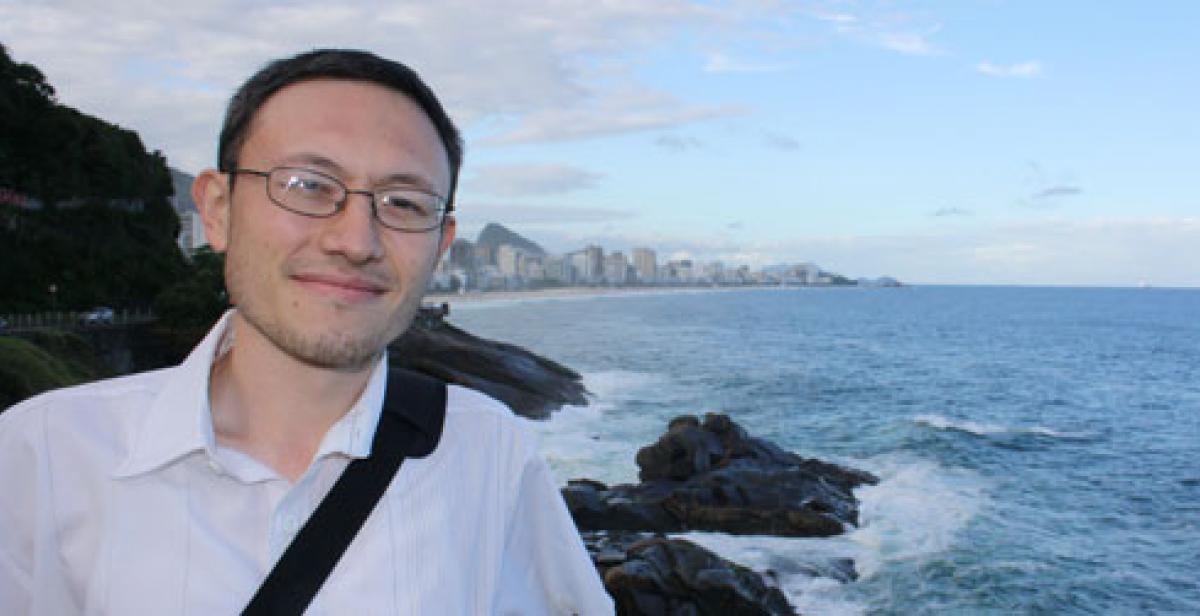 Derek is currently working in Yemen as a Water Advocacy and Communications Development Worker, alongside the National Water Resources Authority (a governmental department) and a local NGO, the Yemeni Society for Protection of the Environment.

I have an educational background in community-based water resource management and have worked as a consultant on several water projects, including with the Yemeni government, United Nations Development Programme and International Development Agency. This work was related to water management planning at the central level.

I was interested in the opportunity to work at community level and also with local NGOs.

I really like working with a wide variety of people, including farmers and beneficiary communities, local NGOs, government, international NGOs and donors. It keeps work interesting. I also like to see our local partner organisations becoming more capable and taking on new tasks and responsibilities, especially those from civil society.

What have been the most exciting moments so far?

We recently experienced another exciting event when we went to visit a pilot kitchen gardens project that Progressio had previously helped to implement. We were so happy and excited to see that the project was still continuing and sustainable, and we got a lot of ideas on how to improve the project to make it even more sustainable and increase the impact for beneficiaries.

Tell us more about the part you played in Progressio’s Rio+20 campaign and how you found the experience.

I think the work we did prior to Rio+20 was critical to focusing our advocacy messages and giving some credibility to the issues we were advocating; mainly water for sustainable livelihoods and participation in water resource management.

In the run up to Rio+20, we held some stakeholder consultations addressing some issues defined by the campaigns team in London. This included talking to rural people, men and women, in the Wadi Zabid area, as well as our local NGO and government partners based in Hodeida city. Many of their stories and the issues they identified were relayed by us when advocating for the issues in our position paper, in meetings and side events, and in media activities, including articles we prepared for the Outreach magazine widely available at Rio+20.

In Rio, we got to meet and hear many influential people speak, including experts and politicians such as Vadana Shiva, the Prime Minister of Bhutan, Ban Ki Moon and Nobel Prize winner Mohammed Yunus. However, I was most inspired by some of my colleagues from civil society, especially from the Beyond 2015 network, by seeing how progressive some of their projects were and how sincerely they believed in the concept of sustainable development.

I have seen some staff in the partner organisation I am working with really go far in terms of their ability to do field work and engage poor and rural communities. I have also seen some very positive cooperation between agencies within the government water sector and the local NGOs themselves. We have broken some barriers of mistrust and are forging much stronger alliances.

What is the biggest development challenge facing the water sector in Yemen?

Following the political crisis that began in February 2011, many of the donors in the water sector did not immediately return, meaning funds were very limited. In addition, the government is still reforming itself, and as a result of the transition plan, water was given very low priority (nine out of the top ten). We are advocating for that to be changed and for funds to be made available to support work in this critical sector.

Progressio really is sincere about capacity building and demonstrates that by long term placements with local counterparts. Although I have seen some other organisations with such models or approaches, Progressio is also unique in that our work is centered on building civil society and empowering people, including local communities, and that is commendable.

It’s a great opportunity to really make a difference and to be someone who is working from the inside, not an expert working as an outsider looking in.

I would like to keep working in the water sector and hope I can work at community level. The practical experience I’ve gained while at Progressio will surely help me to do so in the future.