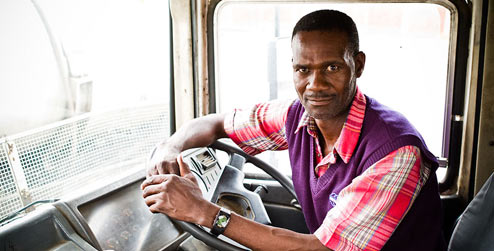 Zimbabwe continues to suffer from interlinked crises, including major human rights abuses amid increased militarisation of the state. Over the past decade, Zimbabwe’s leaders have progressively tightened their grip on power, rigging elections and organising violence against their opponents.

Meanwhile, poverty amongst the population has skyrocketed, life expectancy has plummeted, millions of Zimbabweans have gone into exile, and HIV prevalence has remained high. The international community has struggled to influence the situation in a positive way, as criticism from outside is often deemed ‘imperialist’ and used to bolster the government position, particularly in its relations with other African nations, although the regional organisation SADC has become more proactive in 2011 on the need to solve the crisis.

The current ‘Inclusive Government’, in office since February 2009, has represented a small step forward (primarily with respect to the economy), but there is deadlock regarding any moves to free and fair elections and/or a new constitution.

It is vital that Zimbabwean civil society groups and churches are able to share their thinking with decision-makers in the international community, so that the latter’s policies on Zimbabwe are influenced by the views of ordinary Zimbabweans, rather than ‘solutions’ imposed from outside.

We work closely with churches and civil society groups in Zimbabwe to gather evidence about the situation on the ground, and what ordinary Zimbabweans are saying about human rights issues. Then we work with them to analyse the findings.

Through a number of Zimbabwe-focused secular and faith-based networks in the UK and mainland Europe, we share this thinking with the politicians and officials who take decisions about policy on Zimbabwe. The churches at an international level have a special role, and we work to support their thinking on Zimbabwe too.

We have successfully been part of building North-South coalitions, secular and faith-based, to keep the issue of Zimbabwe high in the priorities of policy-makers.

We have clearly and authoritatively presented the issues raised by our partners and contacts in Zimbabwe to politicians in mainland Europe, the UK and elsewhere. We have encouraged the latter to follow policies on Zimbabwe which our partners tell us stand the most chance of achieving progress on human rights and good governance.

Major challenges remain in Zimbabwe – progress towards free and fair elections, a ‘people-driven’ constitution, reconciliation and healing, sustained economic recovery and good governance. Zimbabweans are striving for these and more, and we will continue to work with them on these issues.