Home » From abuse and imprisonment, to standing up for women's rights. Read Om Khalid's story.

From abuse and imprisonment, to standing up for women's rights. Read Om Khalid's story. 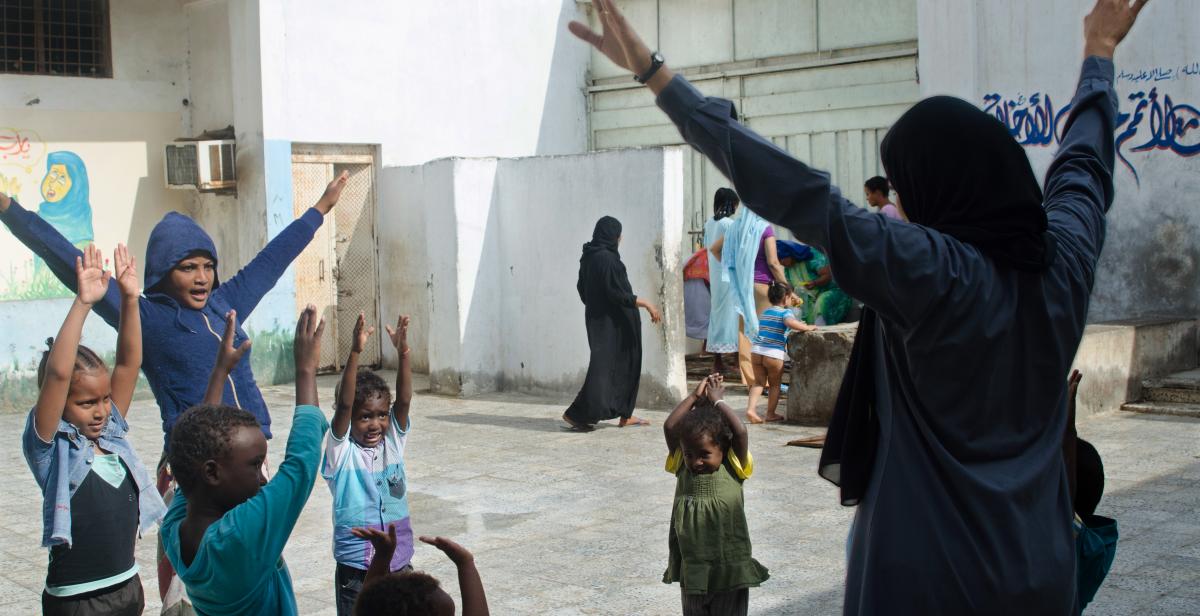 Women in Hodeidah prison playing with children from Ethiopia and Eritrea in the yard of the central prison. Photo credit: © Amira Al-Sharif/Progressio

Om Khalid, now 25 years old, was accused of adultery after being sexually abused by a man in her village. As an orphan in Yemen, with no family to support her, she was jailed while the perpetrator was set free. She was then sexually abused several times by three policemen during the interrogation. After being assisted by ‘The Protection of the Rights of Female Inmates and Juvenile Offenders’ project, who provided her with legal support, she was released. The project, implemented by the Abu Musa Social Charitable Association in Yemen, with technical support and advocacy training from Progressio's Development Workers, aims to increase awareness of the rights of women and juveniles in prison, as well as provide vocational training to help increase their chances of re-integration in the society, once they are released.

During Om Khalid's imprisonment, she also received psycho-social support from Abu Musa and partners, and after her release she visited Abu Musa’s Office, where she participated in sewing and handicraft trainings conducted by Abu Musa’s Women section. She is now a trainer for the association and has been involved in project activities.

During one of the project events at the government yard, Om Khalid stood up and bravely approached the Hodeidah Governor and the gathering saying:

"Brother Mr. Hassan Haig, ladies and gentlemen, I hope you will listen to me from your minds and hearts. I would like to present all the sufferings and assaults I encountered during and after my imprisonment. My story begins when I was accused of adultery, after I was sexually abused by a man in my village. As I was an orphan with no caring family to support me, I was jailed and the perpetrator set free. During those difficult times I prayed to Allah.

After months of imprisonment, I didn’t want to get released due to the stigma and discrimination I would encounter from society. I heard a lot of sad stories among imprisoned girls and women, of the troubles they and their friends faced inside the prison, and also after being released. One of our fellow inmates was rejected by her family after she got out, and then found nowhere to go with her child whom she delivered in prison. Her child died later, as she couldn’t provide him with medical care. In desperation, she prayed to Allah to take her soul. A month later she passed away.

"After being released, my family rejected me. I stayed with one of my friends, but was asked to go from there too, due to the fear of people talking. I remembered the Abu Musa Al-ashary Association, who had been kind with me during my imprisonment, and who are now my family. I have been trained on sewing, making Bakhoor “incense”, and life skills, and I am now a trainer for Abu Musa, who helped me a lot. I feel happy with my role, and regularly visit female prisoners to provide counselling. I feel Abu Musa is my real home and family."

Om Khaild concluded by urging decision makers, influential figures, NGOs, and public institutions, to draw attention to the situation female inmates and juveniles are facing, as they are in need of support.

After hearing Om Khalid’s story, the governor of Hodeidah promised to investigate the case, and a group of lawyers who were present at the event also decided to follow up the case. 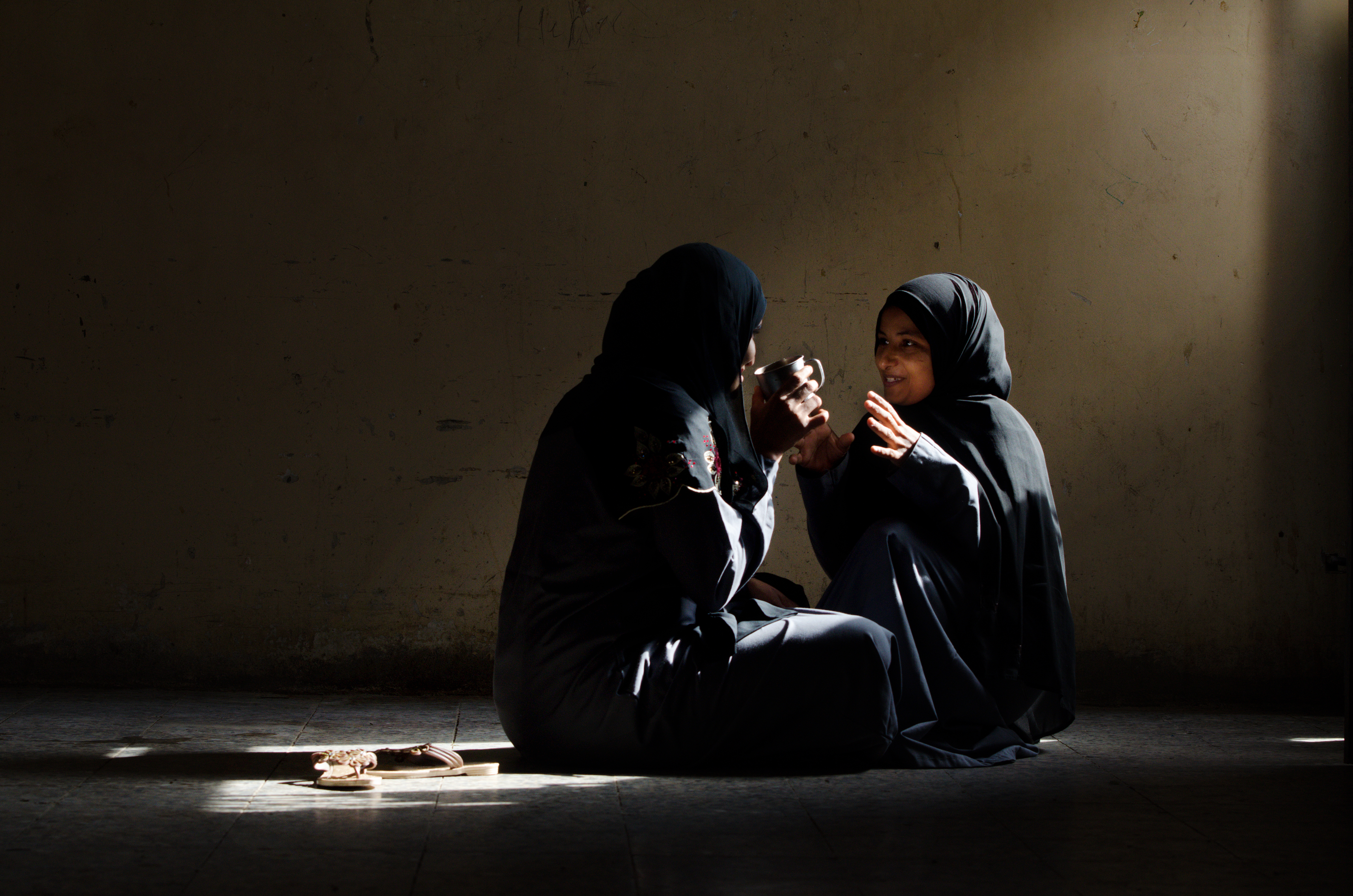 Women prisoners in Yemen are subjected to all kinds of violations including rape, isolation, and psychological torture. They also suffer double punishment by being stigmatised by society and rejected by their families, which makes it hard for them to fully re-integrate in society once they are released. Meanwhile, juvenile prisoners are denied access to education, healthcare and psychosocial support, and in a number of cases, have been sentenced to death penalties. The situation has been exacerbated by the war, increasing the lack of basic services including water, electricity, personal hygiene and health care.

The Protection of the Rights of Female Inmates and Juvenile Offenders project, implemented by the Abu Musa Social Charitable Association, has six partners, and technical support from Progressio. Progressio’s Development Worker (DW) is helping to increase the partners’ advocacy capacity, and providing technical support to assist with the implementation of the activities, such as advocacy training, campaigns and work in the prisons. For example, with the support of our DW, an advocacy campaign was successful in convincing a local council to hand over the management of some prisons to NGOs, given the terrible living conditions faced by the women and juveniles there.

After having suspended all work in Yemen in April 2015 due to the war, Progressio has now been able to re-start working with this project since January 2016.

If you'd like to find out more about the current situation in Yemen, read this blog written by Abeer Al-Absi, Progressio's Country Representative in Yemen: bit.ly/ProgressioYemenUpdate

You can also share our campaign video to help us raise as much awareness as possible, thank you!