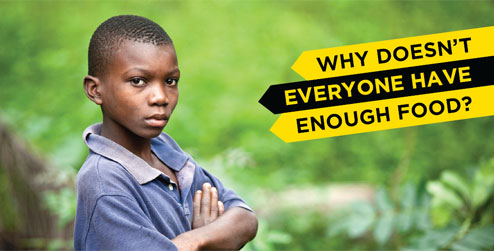 From East Timor to Cancun, Honduras to New York, Brussels to Number 10, Progressio campaigners act on the issues that really matter. Joining together with people all over the world, you work alongside some of the most vulnerable communities in the world. Thanks - we can't do it without you!

But what happened next? Click below to find out…

Stand in Solidarity with Pope Franics (2015) put people behind Pope Francis' speech to open the Post - 2015 summit and showed support for the full implementation of the new Sustainable Development Goals.

Ask the Government to put people before profit (2015) urged the UK Government to partipcate in a process to secure a Binding Treaty that ensures Businesses guarantee and uphold Human Rights, wherever they are in the world.

Get the Chancellor in on the deal (2015) asked the Chancellor to attend the Financing For Development confernce and push for a robust deal that secured the future of development funding for the world's poorest.

For the Love of (2015) challenged supporters to consider what they love that might be affected by climate change if we don't act to protect people and planet.

Tell your candidates what you care about (2015) utilised the 2015 General Election and saw hundreds of supporters contact their Prospective Parliamentary Candidates to put their issue on the map.

Turn up Save Lives (2014) saw hundreds of supporters write to their MPs and ask them to show up at the votes that eventually led to the passing on the International Development Bill, ratifying the 0.7% aid commitment in law and protecting the spending for years to come.

Love Zim (2013) encouraged supporters to send messages of solidarity to our team in Zimbabwe.

Help change the Lobbying Bill (2013) urged the government to make changes to ensure the voices of poor and marginalised people can still be heard in political debates in the UK.

Enough Food For Everyone... IF (2013) pushed tackling hunger to the top of the political agenda.

Why Stop Now? (2012) urged the UK government to help make World AIDS Day (December 2012) a tipping point in the response to HIV.

Waterproof: Rio! (2012) helped put water for livelihoods on the agenda at the Earth Summit.

No climate U-turn (2011) urged the government not to back-track on its commitment on greenhouse gas emissions that was the focus of our climateACT campaign.

Big Forest Picnic (2011) - a collaboration between Progressio, WWF and VisitWoods - marked the importance of forests to communities around the world.

The road to Cancun (2010) asked supporters to take a look behind the headlines of the UNFCCC and take a virtual journey around Latin America.

MDGs: keep the promise (2010) urged the UK government to keep its promises and get the Millennium Development Goals back on track.

No to illegal logging (2010) pushed the EU to adopt stringent new rules prohibiting the import of illegally-logged timber.

Just Add Water (2009/10) pushed the UNFCCC Climate Change process to include water for livelihoods in the official negotiations.

East Timor: Who Cares? (2009/10) demanded the UK government support a justice process in this forgotten nation.

Say No to Terminator Seeds (2007/8) ensured that the international body responsible for setting the rules around GM technology renewed its ban on terminator technology seeds.