Home » Advocating to reduce and prevent gender-based violence in Somaliland

Advocating to reduce and prevent gender-based violence in Somaliland

In this blog Suad Abdi, Somaliland Country Representative for Progressio, talks about gender-based violence (GBV) issues in Somaliland. Suad also explains how Progressio's Amplified for Change project aims to form a unified civil society coalition, advocating for the reduction and prevention of GBV, which will be the first coalition of its kind in Somaliland.

There are reports from sources such as the government, the United Nations and NGOs, which indicate that the level of gender-based violence in Somaliland has been increasing, usually in the form of rape, and gang rape. Despite the fact the government has started to become more aware of this problem, acknowledging it exists, it hasn’t yet found a practical solution to address it. There are some laws that address GBV, but no specific law for rape and GBV, and the laws that do exist aren’t widely implemented due to factors such as: a weak judiciary system; the role of traditional leaders in solving community issues; and a lack of public awareness. There is also a gap in the data collection for GBV.

With our new Amplified for Change project, we are working with 12 partner organisations that are working on GBV, in two regions of Somaliland, Togdheer and Maroodijeex. The aim is to create a unified civil society coalition, advocating for the reduction and prevention of GBV. This will be the first coalition of its kind in Somaliland, as prior to this civil society groups enforced in advocacy have been ad hoc.

Amplified for Change will present the opportunity to work with all the stakeholders involved in the process of preventing and ending GBV, including the parliament, the Minister for Labour and Social Affairs, and civil society. The project intends to strengthen the voice and capacity of Civil Society Organisations (CSOs) to influence and bring fundamental changes in the attitudes of the state and traditional leaders, to address and bring an end to gender based violence. At the same time, it intends to create an alliance of CSOs for collective actions. Letters of commitment have been signed with our partner organisations on their full participation, and the Ministry for Labour and Social Affairs is on board with the project, interested to work with us. This means that now, with our Development Workers in post, the project has taken full form.

The first priority will be to advocate for the GBV law to be passed, because even though the Minister for Labour and Social Affairs has submitted a sexual offensive bill to the parliament, it’s not really moving forwards. What’s lacking is a civil society pressure group, which is what Amplified for Change aims to facilitate, in order to increase pressure on the parliament for this law to be approved and implemented.

The second priority is to raise awareness to the public of the passing of the law, and of the laws that are already in place, because people often aren’t aware of whether there is a law or not, which is why traditional leaders are often speaking about, and dealing with, issues of GBV. We want to reduce the role traditional leaders have in these issues, because in Somaliland it’s often the traditional leaders who influence and manage GBV cases, such as rape, in ‘out of court’ settlements involving negotiations between the victim and perpetrator’s families. 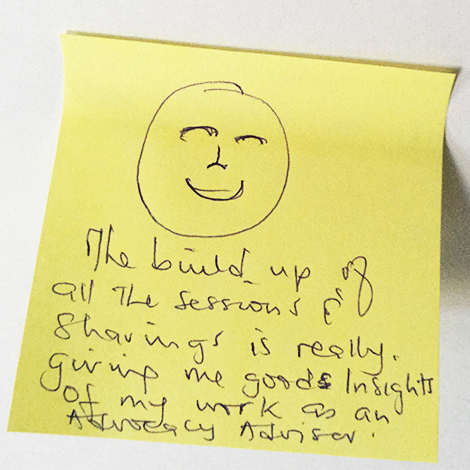 Traditional leaders are very powerful in their communities, and often make decisions at every level. This is why they play a key role in change. In 2007 they made a declaration stating that all GBV cases should go through the courts of law, but nothing happened. People, especially women, were not standing up for their rights enough; lack of awareness and trust in the judiciary system being key causes of this. So now it’s not only vital for the government to apply the laws, but also to influence the traditional leaders to be able to respect the laws and the judiciary systems, so that people will have confidence in the system. Then people, especially women, will be able to hold their leaders to account, and make their own decisions.

A woman should have the right to report gender based violence if she is willing. She should be able to stand up and say:

This is my right, get out of my way - I’m going to the court. I can make my own decisions.

But, because of the tradition that has been going on for so long, in a very conservative society, it’s believed this is a family affair, and so should be dealt with within the family. What usually happens is that traditional leaders, or the families, come together and make an agreement, which they try to sort by any means. It’s very, very hard, for the woman to come out with a claim of domestic violence and go out to court.

This means that for women who don’t have close family ties, or whose family won’t listen, there is no protection. In the last few years there have been such cases, where women who were victims of domestic violence ended up being killed by their husbands due to severe injuries.

Traditional leaders need strong grassroots people coming out to challenge them. And I believe that once people become aware of their rights, they can do that. Traditional leaders also need to be trained, which is why Amplified for Change will be working with all stakeholders involved in the process of preventing and ending gender based violence in Somaliland. 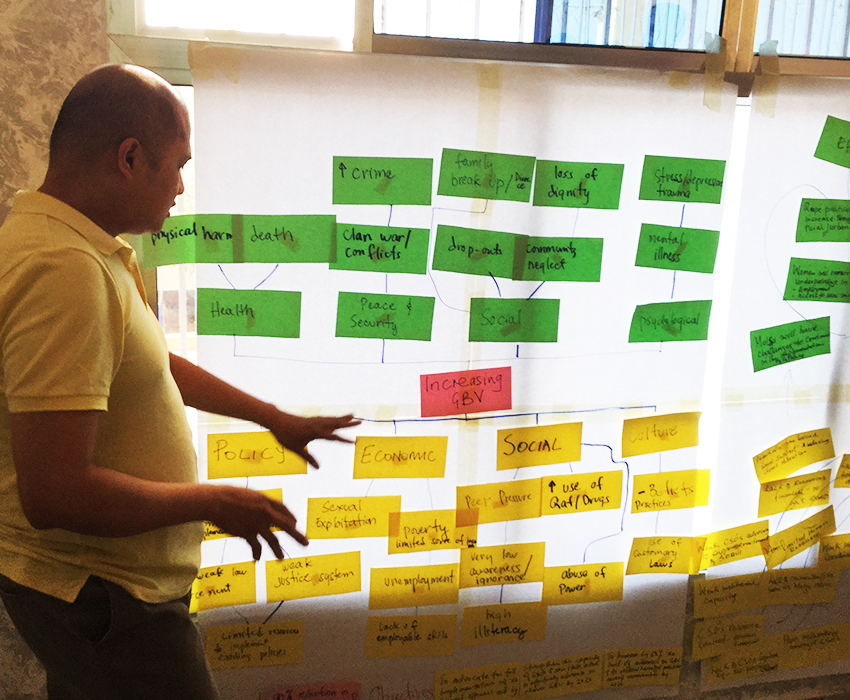 A woman should know first and foremost that there is a court system there to support her, and that there are laws that exist to protect her rights. So building women’s trust in the judiciary system will be one way of solving this issue. For this to happen, the government needs to pass the new law; fully apply the laws; and create a judiciary system which is strong, so that women feel it is safe for them to go to court.

It is going to be a long road, and I believe change is a process that takes some time, but it has to begin somewhere.

If you want to receive regular updates of our work, alongside our latest news, blogs and campaigns, sign up to our monthly e-news here: bit.ly/Sign-Up-Progressio