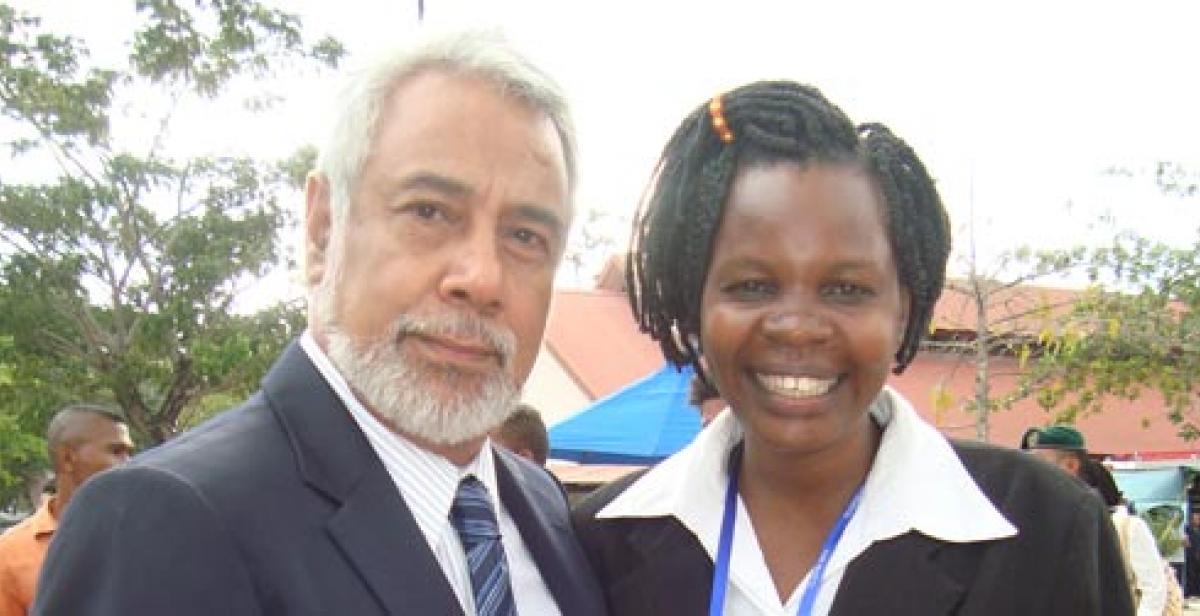 I was a VSO Volunteer from March 2008 to April 2010 in the countries of Vietnam and Ethiopia in the area of gender and health. I facilitated gender and HIV and AIDS mainstreaming; development of Information, Education and Communication materials such as a mainstreaming toolkit; worked in capacity enhancement; networking and collaboration for enhanced advocacy against gender based violence. I also worked with Action for Development from 2006 to February 2008 (this is a women’s organisation that focuses on advocacy for gender equality and equity in Uganda). My position was Economic Policy advocacy programme officer. The programme had 3 projects: Gender responsive budgeting project with support from UNIFEM ; a micro credit project and national level advocacy that was informed by issues identified through micro credit project. Previously, I worked as Executive Directress of Nsumbi Vision for Development Association (NVIDA) 2001-2005. I served on the board of East Africa Workcamps Association (a regional network) for two years, the Action for Development Board for two years before I was recruited as a staff member in Wakiso District NGO/CBO network for two years. I did consultancies in Uganda, Kenya and Zimbabwe.

Is living in your country of placement as you expected it to be, and what has made the biggest impact on you?

The first memory was when I shook the hands of the President of Timor-Leste at Delta Nova during a gala dinner that was organised by Rede Feto TL (the East Timorese Women’ Network and my partner organisation) in collaboration with SEPI (the national machinery for the promotion of equality) to mobilise global support for Ms. Milena Pires the first ever Timorese who successfully contested and became a member of The Convention on the Elimination of All Forms of Discrimination against Women  (CEDAW) Committee.

I had just completed my orientation and then started advising Rede Feto TL on strategies that contributed to Milena’ victory. In my life, I had never had an opportunity to shake the hands of the president not even on my own country because they are normally very protectED. This process made a big impact in my life because I gained confidence and started storming public offices for information without any fear. Easy access to public information facilitated my advisory role. Living in Timor-Leste is far better than I expected in terms of access to services, information and hospitality from the Timorese people.

Advising, mentoring and coaching members of Rede Feto Advocacy working group (AWG) and the representatives of Rede Feto in the National Priority Working Group. I am working with women of action.

The most exciting moment was when I advised the representatives of Rede Feto in the National Priorities Working Group on strategies to use during a donors meeting that was held on July 12-13, 2011. The women’s network in collaboration with other civil society influenced the participants and the Dili Development Pact was revised in consideration of social inclusion for realising gender parity. Then after the meeting, I paused for a photograph with the Prime Minister of Timor-Leste, the President of Timor-Leste among others as  shown in my photos (above and in the slideshow here).

Domestic violence is also a big challenge even though the law was enacted in 2010, the challenge still remains with implementation.

The representation of women in strategic positions in the public sector. Although the literacy rate of women compared to men seems to balance to some extent, the majority of the women dominate low cadre jobs whereas men dominate strategic positions. This has a lot of implication when we do gender responsive budgeting (ie. who get what?)

Learning does not end. As we share our skills with others, we also acquire new skills.

Be open minded, appreciate other people’s culture and values. Be flexible and open to learning especially the local language in the country of placement. Build on the existing expertise. Do not imagine that the partner knows nothing. Take time to study people rather than rushing to realise your set objectives.