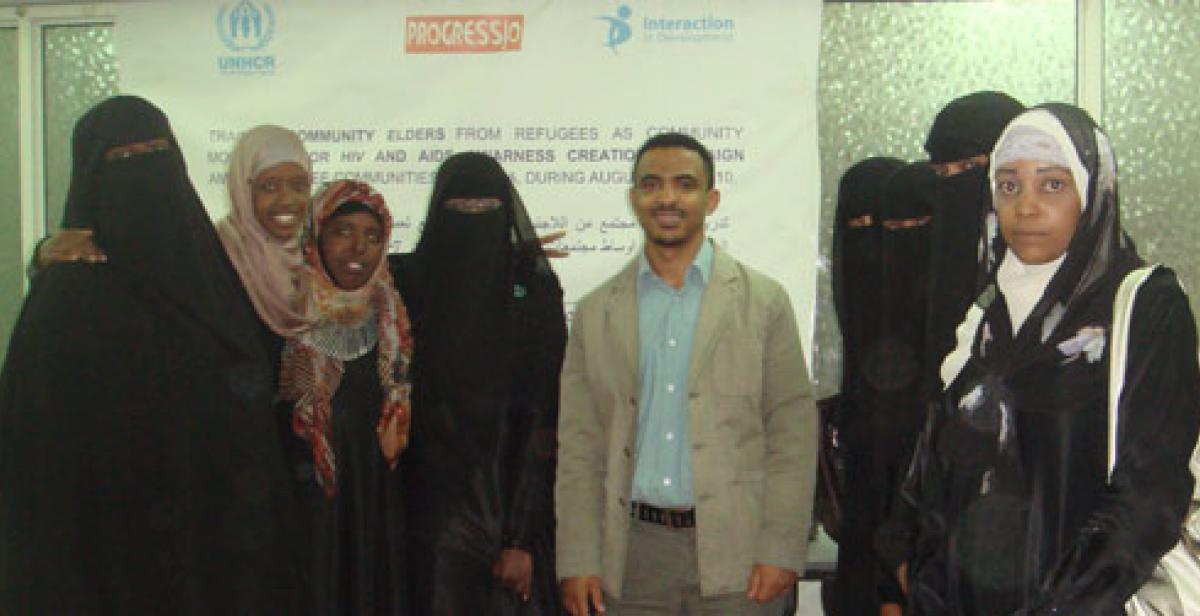 Wondimu is Ethiopian and is currently working as an HIV and AIDS Coordinator with Interaction in Development Foundation (IDF), in Sana’a, Yemen.

For the last four years before joining Progressio, I was working with World Vision in Ethiopia. During the first two years, I worked as an HIV and AIDS focal person at district level in southern Ethiopia, where I was helping implement projects that mainly focused on livelihood support for orphans and vulnerable children, and community mobilisation for the care and support of people living with HIV and orphans and vulnerable children. For the last two years, I was working at the national office working on special projects, mainly coordinating the implementation of a pilot project on Community Conversation to generate community driven local responses to HIV and AIDS.

How would you describe yourself?

I am a friendly and easily approachable person. I interact with people in a genuine and natural way. I give priority to properly understanding people around me. I like to appreciate the strengths of others. I pay attention to details and prefer focusing on specific things at any one time.

The placement description said that Yemen is a low prevalence country, and yet there is a low level of awareness among the community and limited skills among the civil societies in the response to the pandemic. I thought that I could contribute my part to help build these skills – and there would also be an opportunity to learn in the process.

What is your first memory of arriving in Yemen?

On arriving in Sana’a, Yemen, the weather was similar to the weather in Addis, but I was surprised to see all the buildings almost uniformly built in the Arabian style and it was difficult for me to identify places as they all appeared the same.

What made the biggest impact on you?

At first, the language issue made the biggest impact on me, because as a newcomer, I could hardly find anyone who speaks English in the shops, cafes or local restaurants. A few times I went into local restaurants and failed to understand the waiters and left without getting any service!

Due to the low level of awareness and existing denial attitude, HIV and AIDS is still considered as a remote concern by some Yemenis. As an HIV and AIDS development worker, I have the opportunity to meet with such people, who have got limited information and who are so conservative and judgemental towards people living with HIV. While organising different workshops with various groups, such as Imams and Murshidats, media persons, youth, and people living with HIV, I always enjoy seeing such people getting appropriate information and changing their attitudes at the end of the workshops, as an immediate output of the trainings.

What has been the biggest lesson so far?

Sensitivity to the religious and cultural norms of the local community paves the path for the mutual understanding and effectiveness of any development intervention.

What is the biggest development challenge facing Yemen and/or the area in which you are working?

In my opinion, it is the lack of good governance. Yemen has got enough resources and is capable of at least coping with its other development challenges, if only there was good governance.

In this world of ours, poverty is so rampant, which is further exacerbated by the unfair distribution of existing resources. There are people who hardly get even a meal a day. Hence, poverty is one of the social evils that I would like to get rid of.

What is your favourite motto or saying?

“A candle loses nothing by lighting another candle.” - Erin Majors

There are people in need who are waiting for such a resourceful person like you, who is generous, to share his/her expertise, skills, and experiences to improve their lives and overcome development barriers. So if you accept the offer to be a Progressio development worker, I am sure you will enjoy making a difference in the lives of those real people.

Once my placement ends, I wish to pursue specialised studies in HIV and AIDS in one of the Western universities to build upon my practical experiences in working with different communities.

Progressio’s teams of local and international staff are there on the front line helping communities in need to overcome poverty and other development challenges. You can join these teams either by supporting Progressio or being a development worker to share your valuable skills. All kinds of contributions directly reach to make a difference in the lives of the people in need.