El Salvador: The Problem With Water 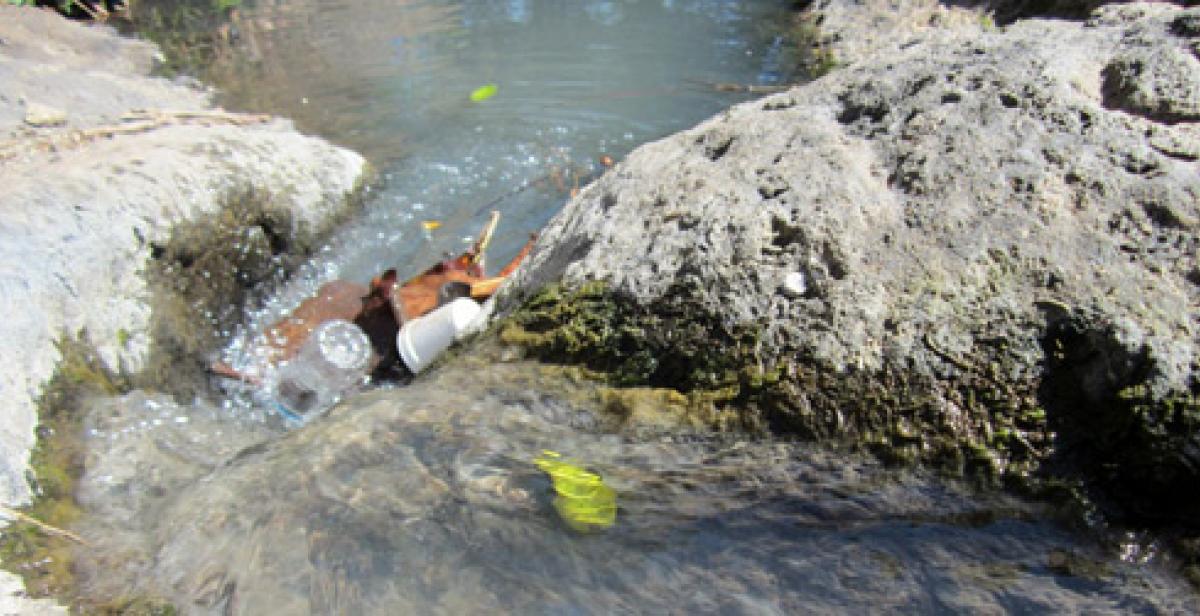 Throughout our orientation week we were lucky enough to hear several lectures by some incredible people who have dedicated their lives to the development of El Salvador. Something that has really struck me since staying here is the passion and devotion so many people feel towards this small and not particularly well-known country. After 3 weeks here, I too am falling in love with this beautiful place and would like to share some of the information we received.

One talk that affected me most was given by a man from UNES who talked on the subject of water in El Salvador. Here are some statistics:

• Water is the biggest issue that this country faces today.  100% of water in El Salvador is contaminated by faeces and minerals – even the bottled water. This is because 90% of companies in El Salvador have no control over their waste water, so if they want to treat it, they can’t. Many others simply neglect to treat the water. As a result only 12% of water dumped in rivers is treated. Also, families throw their rubbish directly into the rivers, compounding the problem. This is due to a lack of education, particularly about environmental issues and a failing on the government’s part to implement a free trash disposal service. Instead it is a privatised business. These shocking statistics highlight the serious lack of political will to invest money in environmental issues, which is having a hugely detrimental effect on the livelihoods and health of this country’s citizens.

• Another huge factor is mining. There are currently 32 different mining projects in El Salvador. These companies arrive solely to exploit the country, extract the precious minerals using highly toxic chemicals (including cyanide) which is then dumped into pools with no treatment. If there is ever an accident with this toxic water and it gets into people’s drinking water then the outcomes would be dire.

• The people most affected by the contaminated water are the elderly and young people. 500 children die a year from diseases caused by tainted water – an alarming statistic for a country that is deemed to be relatively developed in other areas.

• The problem is not only with water quality, but also quantity. This seems paradoxical for a country that has so much rainfall, but the UN stated that by 2015 El Salvador will be without drinkable water. In 20-30 years there will be no natural water at all in El Salvador and people will be forced to migrate to different countries. This is an immediate and terrifying problem.

• El Salvador has a total population of 7 million people, and roughly 5 million of these live in the countryside. Only 25% of those people have access to water in their house (i.e taps). The rest have to walk miles to the nearest spring in order to carry barrels of water on their backs. It is the women’s job to collect the water, with some having to walk for up to 4 hours a day simply bringing water to their home.

It was a terrifying insight into the dire situation that this country is in. It is easy to feel despondent and hopeless in the face of such an enormous and imminent problem, but it was so inspiring to listen to someone so passionate about environmental issues and so dedicated to ensuring positive changes occur. UNES has been working tirelessly since 2006 to attain law proposals in favour of water.