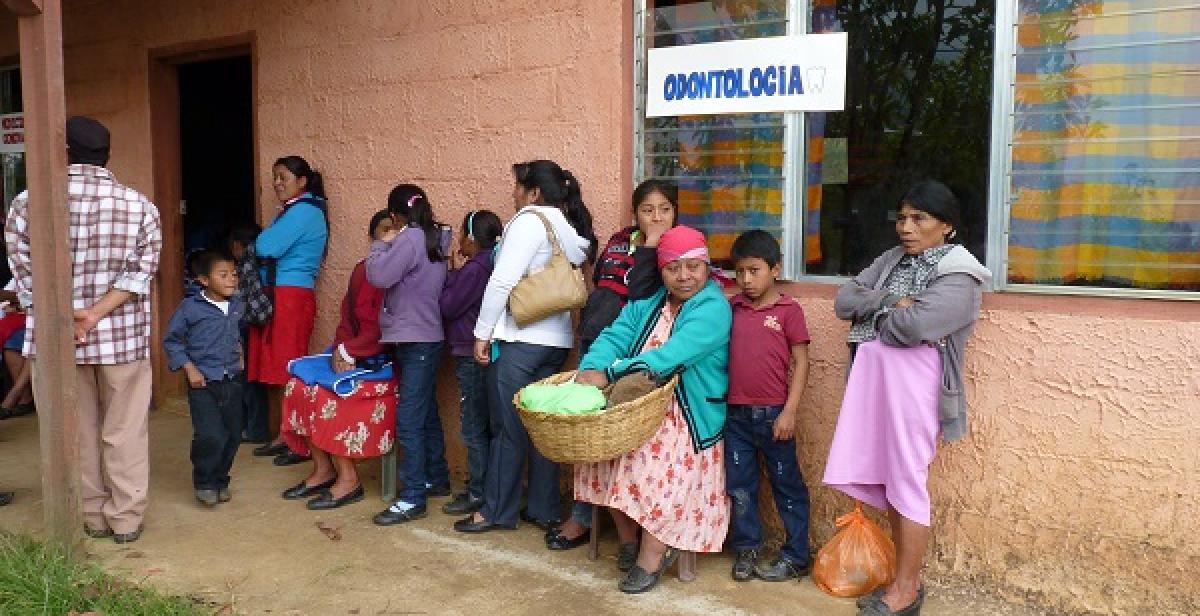 From my varied experiences in Honduras, working both in rural communities and the capital city, working with 3 charitable organisations focusing on diverse issues including youth participation and women’s rights, and from general travelling and observing through living there, it feels to me that to be a woman in Honduras is a world away from being a woman in the UK.

In our country women are still fighting for completely equal status- there is still a significant pay gap, there are still macho parts of society and roles ‘set’ for men and women, and women still struggle in the public sphere to get past being judged solely on how they look. We still have domestic violence against women, and significant numbers of rape. All of this is important and there is still an uphill struggle, however I’ve seen how women in other countries have a much longer path to tread.

Living in the countryside in the UK often denotes some sort of wealth: it can signify land ownership, car ownership, a peaceful and pleasant life in the fresh air, and is generally associated with the upper and middle classes (stereotypically thinking of hunter boots and tweed). Infrastructure effortlessly stretches to almost all corners of the country, meaning most people in rural areas enjoy access to paved roads, running water, electricity, shops and services. 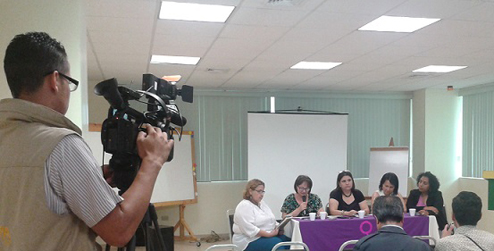 Conversely, in Honduras, unfortunately living in a rural community more often than not signifies having a lack of resources and lack of access to the wider country, and many people live in poverty. My first time in Honduras, I was working with rural women who lived high in the mountains, in very traditional communities: cut-off and often forgotten about when it comes to investment and public spending. I talked to 3 women, all called Maria, from one of the communities that we worked in, who participate in a women’s group. I wanted to get an idea of their living situation and opportunities they felt there are for women in their community.

Despite land being plenty in these communities, resources are tight. The Marias told me about their houses they share with their families: they each only have one room to sleep in, and this room is shared by between 5 and 8 people. Only 1 of the 3 women has ready access to running water; furthermore, the tap water in Honduras isn’t treated and can make you ill if you drink it, but bottled water is inaccessible financially and logistically. They don’t have any form of electricity in their houses; energy simply comes from burning wood and candles to create heat and light.

This community currently doesn’t have any sort of structured shop, just a man selling bits and pieces when he can, and the nearest town with big stores selling everything is over an hour’s drive away. Their general form of transport is just to walk everywhere, and when their funds allow them they take the bus further afield. But it’s not easy, resource-wise or physically, to reach the nearest town, and the Marias told me they generally only make it to La Esperanza once a month, or for one Maria, 2 or 3 times a year. So, to provide for their family, this leaves them the option of growing their own food, as all 3 families do. There is a fair amount of trading food between neighbours, but when times are harder for example in the dry season, each family has to be able to entirely fend for themselves.

Employment opportunities for women in these communities are few and far between. All 3 women depend on their husbands to provide income for the family. I was interested what they thought the role of women is in their community, and I got the responses ‘look after the animals’, ‘work to bring food to the table’ and that they are only expected to be an ‘ama de casa’- housewife.  I asked the women about what opportunities there were for women if they wanted to work: 2 Marias said there are none, 1 said they could help out on the farm. These women didn’t have an opportunity for an education, so as many people in the community, can’t read or write. When we first arrived in these communities, in a gathering or village meeting, men and women would sit on opposite sides of the room as a matter of course.

Away from such remote communities, whilst women generally have more opportunities, the same mentality of women being subservient and of lesser importance carries throughout society. Many women in Honduras’ cities and bigger towns are just like their counterparts in the UK: they may have an office job, a car, a social life involving the cinema, shopping, restaurants and bars, and live comfortably. However within this lifestyle, due to cultural and security factors, women have restrictions that affect their daily lives.

What struck me most of all the cultural differences between living in Honduras and the UK, was the overt derogatory attitude that many men display towards women. The thing that I found hardest about living there was learning how to deal with the attitudes of men towards me, and appropriately adjusting the way I acted. In Honduras there isn’t the same social stigma you might experience for expressing such attitudes, and it is normalised. Just walking down the street in the capital, dressed conservatively, a woman can expect men you walk past to call you numerous names and make sexual comments, and generally make you feel very uncomfortable. And this equally happens from people you would like to think you could trust- policemen, government workers, men in suits, security guards. It got to the point where if I walked past a man and he politely didn’t acknowledge my existence, I would silently send him bags of gratitude and think what a lovely man he is. Of course, I personally got it worse simply because I was foreign and stood out like a sore thumb, but it made me think about the underlying culture that it reflects, and the way society views and treats women. City women, almost as much as in the countryside, face a pay gap compared with men’s wages as we do in the UK, but on a more dramatic scale. The pay gap in 2013 in the UK stood at men earning an average of 15% more than women in equivalent posts , whereas the World Bank put Honduras’ pay gap at women earning 27% less than men in 2012 , taking into account other determining factors. Women I spoke to talked about the lack of opportunities in career progression compared to men, particularly bad in certain sectors, and overt discrimination that law enforcers simply laugh at and dismiss. For example, women in politics are few and far between, and if you do find a defiant woman as Mayor or in government, she will tell you stories of daily struggles due to her gender. Honduras has a law that 40% of political candidates have to be women, and whilst this is of course a step in the right direction, a) it doesn’t guarantee women will be elected into the posts and b) it doesn’t reflect the social attitudes and culture towards women. Women in political posts talk of how they are still denied the right to “voice and decision” that men in equal or lower posts are granted; they are generally not listened to, not consulted and are pushed into ‘female’ departments such as Family . As a country with many gender equality laws, Honduras shows how life on paper can be extremely different from the reality that women face.

Of course Honduran women face some problems that women in any country can come across, such as juggling work and family life, and single mums getting support and finding childcare. But the amount that these affect you can depend on the State and the support it provides to women bringing up a family, and again the culture, this time of men’s responsibility as fathers. Where we can rely on government support in the form of Child Benefit in the UK, mothers in Honduras aren’t entitled to such benefits, and whilst fathers are supposedly legally obligated to provide support, mothers told me that this isn’t enforced and there isn’t an easy channel in which to fight for it. Therefore, mothers are left to fend for themselves and rely on the support of friends and family. Whilst the cost of childcare is high compared to wages, if mums have to support their families, it’s a cost they somehow have to bear. 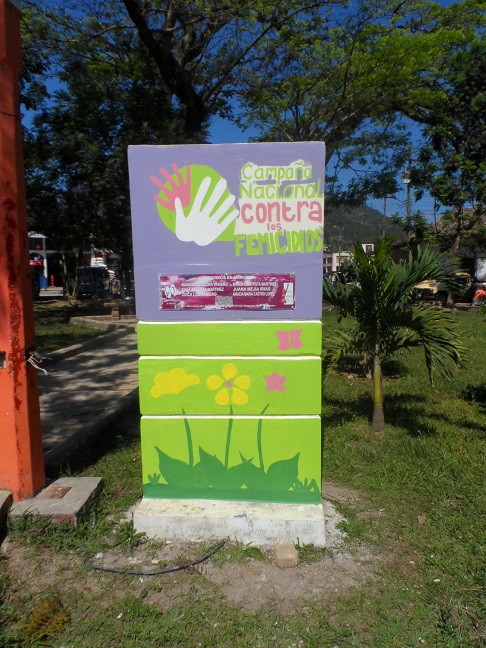 Violence is one of the most debilitating problems that Honduras faces, being one of the most violent countries in the world, and this culture of course affects women both in the private and public spheres. In private, domestic violence towards women is rife and very often goes unreported, meaning the extent of the problem can only be estimated, and many think is done so extremely conservatively. Whether in public or private, women who are victims of violence or rape face huge stigmatism if they report it; they are often simply not believed, or it is assumed it is their fault, brought on for instance through their social choices or the way they dress.

The number of violent deaths in Honduras fell last year, but the number of femicides rose; in 2013 there were 445 reported murders of women, so on average more than one woman is murdered daily. However, Centro de Derechos de Mujeres (Centre for the Rights of Women) estimates that this figure only represents 70% of actual murders, as huge numbers go unreported, and of those actually reported the police barely skim the surface in investigating them (around 1 in 5 reported femicides are ever investigated) . The police in general are seen to be institutionally sexist, meaning female victims often do not receive the same attention as male ones, and police don’t collect the evidence needed for court cases. Members of security forces are known to be responsible for human rights violations and sexual assault. Due to the State’s failure to protect its citizens, particularly women, national security is becoming increasingly privatised, which results in a two-tiered society of those who can afford to be protected from violence, and those who can’t.

The situation of gender equality in any country, including the UK, is a work in progress, as women globally continue to fight for equality with men and an end to rights being violated.  Having had the opportunity to spend a significant period of time in a country where women are treated very differently to the UK, I can make a vague comparison to put our situation in this country in perspective. Hopefully this highlights some of the struggles that women (and men) are working hard to overcome in Honduras, and shows how to be a woman in one country gives you a very different life to being a woman in another.