Home » Honduras: Supporting Women to Support Each Other

Honduras: Supporting Women to Support Each Other 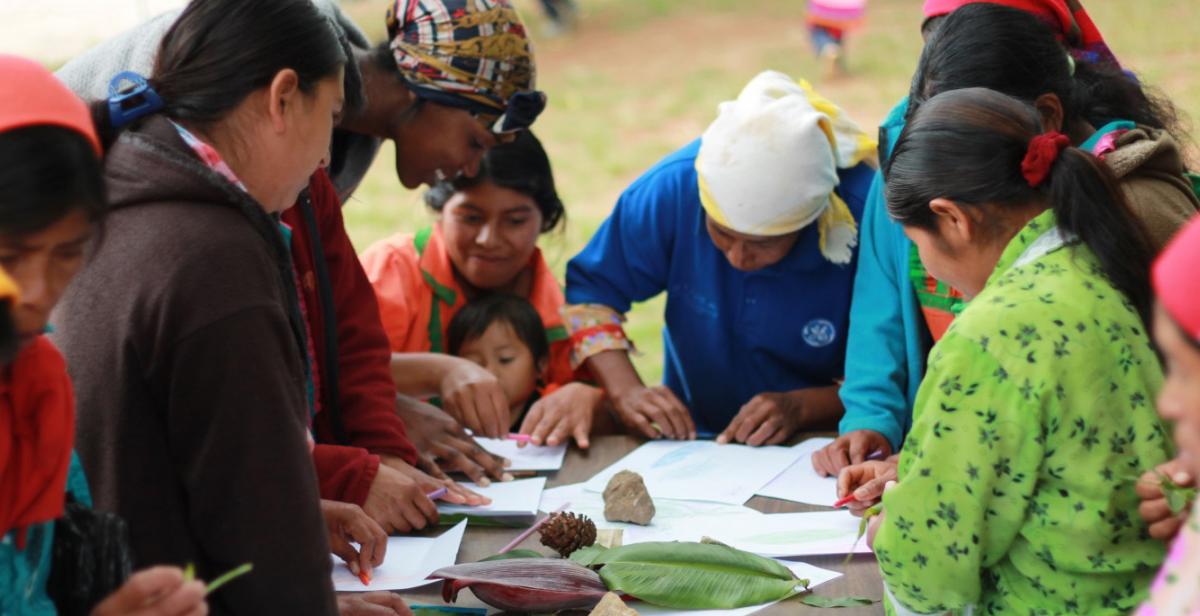 When I first arrived here in Honduras (back in January), the rest of the volunteer team and I visited the Lenca communities that we would be working with in the district of Intibuca. We were introduced to members of the community, played games with the children and familiarized ourselves with our new surroundings. After receiving warm welcomes from all during our introductory meetings, the group quickly settled in. Shortly after this however, it dawned on me, that there was a significant lack of female participation - Where were the women?

The answer I received was simple… Women have children, and children need taking care of. After reflecting on this perspective, the solution was obvious to me; why not create a space for women AND their children. A space where they can engage in activities, catered to meet their needs and the needs of their children. Because, let’s face it, we were not going to engage with women unless we welcome their children also. After consulting with the ladies regarding our idea, a new initiative was created by Progressio ICS volunteers, alongside Jovenes Liderando Cambios (JLC- our partner organization) for the Lenca women of Intibuca.

The aim of the Women´s Support Group is to provide a safe women-only space where they can have access to a range of information and activities, led by the ladies themselves. The majority of the women who attend rarely, if ever, have time for themselves. We wanted to provide them with the opportunity to socialize, explore their creativity and, in turn, grow in confidence. However, this was not as simple as it seems. Women in the Lenca communities we work with are often timid and lack the confidence to share their thoughts and opinions. Furthermore, when speaking with the women about the project initially, some explained that they would need to ask the permission of their husbands before attending, another barrier facing many women.

Today, however, three months after our initial Women´s Support Group in January, I noticed a subtle but significant change in the women. The majority were still quiet, reserved and needed encouragement to speak out, as we expected. Nevertheless, when we began the craft activity (pressing leaves with crayons), the ladies enthusiastically approached the table and, without much explanation from us, eagerly began to create their designs. Instead of copying the designs provided for them (something that we really struggled with before), they went ahead independently- experimenting with new leaves and colours. As simple as this may sound, this was an inspiring moment for me because I was able to see an increase in confidence and self-assurance that was not present before.

Obviously, there is a long way to go.  The majority of the women we work with have never heard of gender equality or what this might mean for them in their daily lives. During this cycle, the volunteer team will continue to explore the valuable roles women play within the family and the communities they live in, as well as providing information regarding their rights as women. We will encourage the women to reflect on their strengths and the imperative contributions they make on a day-to-day basis.  Doing this alongside a variety of recreational activities, a safe space where women can grow in knowledge, skills and as a result, confidence, we hope that it continues to be a valuable space for these women long after we are gone.