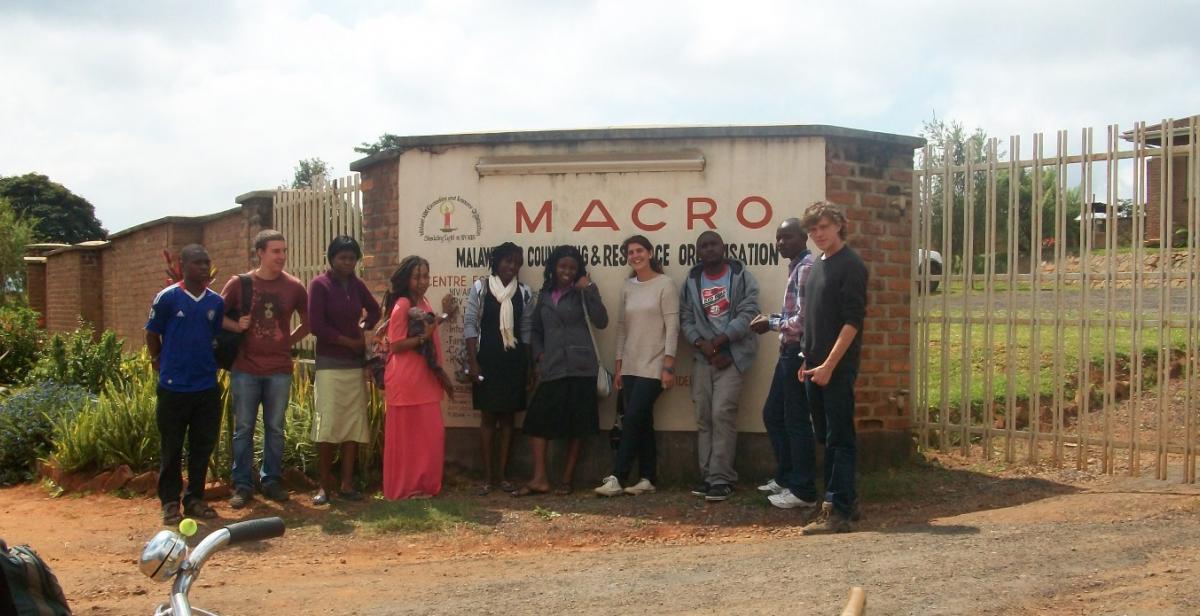 Of all the things I thought I would get up to in the land of lions and nsima, directing a film wasn’t one of them.

However, on Thursday, that’s exactly what we did.

As you’ve probably worked out by now, a huge part of what we do is focussed on reducing the impact of the HIV; the debilitating and (presently) incurable virus currently rampaging across the world.

Nowhere is the impact of HIV felt more than here in Africa; where ignorance and misinformation is widespread, and transmission rates are higher than anywhere else in the world.

An excellent way of slowing the spread of the disease is to turn the population round to regular testing, which is 100% free to anyone. This way, a HIV negative person can gain advice on how best to avoid the disease by way of abstinence, condoms, and not having too many sexual partners. In the same way a HIV positive person can get ARV’s (Anti-retroviral drugs) that can boost their longevity by 20 or 30 years, and also advice on how to ensure that they don’t infect anyone else.

Unfortunately, many people here are fearful of testing clinics because they have little or no idea of what to expect. All kinds of horror stories about malevolent vampire doctors with giant needles and judgmental stares circulate among traditional communities. The general consensus seems to be that going for a test is a terrible idea. We here in Mzuzu intend to convince them otherwise.

Somewhere in the planning week we decided that as part of our awareness raising plan we would make a short film about HIV.

Our target audience are the schools that we are working with, and our objective is to shed light on the process of HIV testing in a HIV clinic, and, if we can, to tackle the issue of stigma and discrimination against people who are HIV positive. Our over-riding message will be ‘Anyone can get HIV, so get tested today. And remember, these are the ways you can protect yourself against the virus.’

For our film, we needed to record the process of getting an actual HIV test in an actual HIV clinic. This meant reaching out to local clinics to see if anyone would let us use their building for filming. We visited several, and got lots of positive feedback from people who thought it was a great idea, but didn’t really like the idea of us filming in their work environment. One clinic did, however, give us the green light to go ahead. 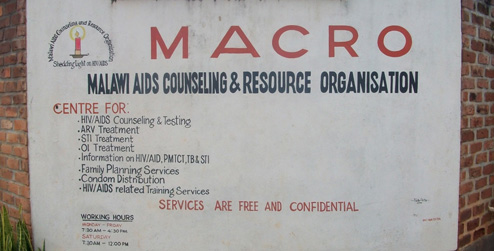 Outside the MACRO building

MACRO is one of a handful of AIDS support centres operating in Mzuzu. The day we dropped by with our proposal letter we were met by a smiling Chief Counsellor, who, after a quick chat, said that she would get back to us with their answer. Later that day we got a phone call to invite us back to a meeting to arrange a date for filming.

When the day of the meeting came around we were met by Doctor Richard Chimosi, who welcomed us warmly and commended us on the idea of the film. We talked about why we were filming, what we planned to film and the barriers we might face.

Confidentiality is a big concern of medical professionals working with people who are affected by HIV, and the clinic were initially concerned that we wanted to capture their clients on video, which would be a catastrophic breach of their right to confidentiality. Once we explained that this was the last thing on our minds, and that the only people we would be capturing on camera would be ourselves, they were more than happy to let us come back.

In fact, MACRO were so pleased with what we were doing, they proposed future collaborations with our organisation, Ungweru, for their own awareness campaign plans later on in the year. We left with their contact details and a new connection forged.

A few seconds after we came up with the idea for a film, someone pointed out that we had comparatively little idea of what it was actually like to get tested here in Malawi. So, naturally, we jumped on the bus to MACRO and went for one ourselves. 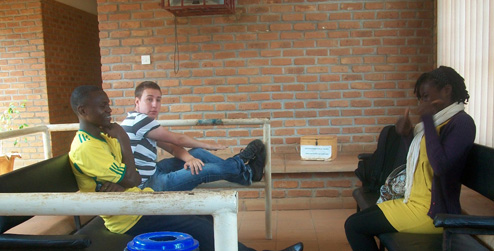 Dan, Johnson and Tusha sit in the waiting room in MACRO.

I myself, having never been for a HIV test in my life, had absolutely no idea what to expect. When the time came to enter the doctors room, I confess I had a pinch of nerves. Happily though the doctor was friendly and not at all malevolent or vampire-y. We talked for a bit about the work that we at ICS get up to and why we want to shoot a film. He asked lots of questions about England, and how I was finding Malawi. “I’m going to miss the weather,” I said. We had five minutes of pre-test counselling, which involved a few questions to work out my risk factor, how much I knew about the virus already, and how best to protect myself and others from it. Then it was time for the test.

The doctor, using a sterilized needle, carefully took a drop of blood from my finger and, using a capillary tube, dabbed it onto a micro-porous strip. If the strip showed one band, I was negative. Two bands, and I was positive.

After a five minute wait, only one band showed up. I, and everyone else in the team, was negative. 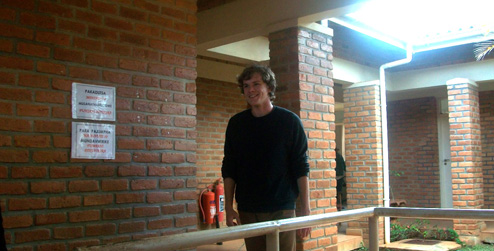 Me returning from the test.

We left with a solid understanding of the process of HIV testing, and when we got back we set about writing a script to make James Cameron green with envy. We returned a week later to collect our footage.

Tune in to Part 2 for a tale of enlightenment, betrayal, deceit, and awful acting...

Tom writes from Malawi, where he is volunteering with Progressio ICS partner organisation Ungweru.