Home » Nicaragua: The Culture of Machismo

Nicaragua: The Culture of Machismo 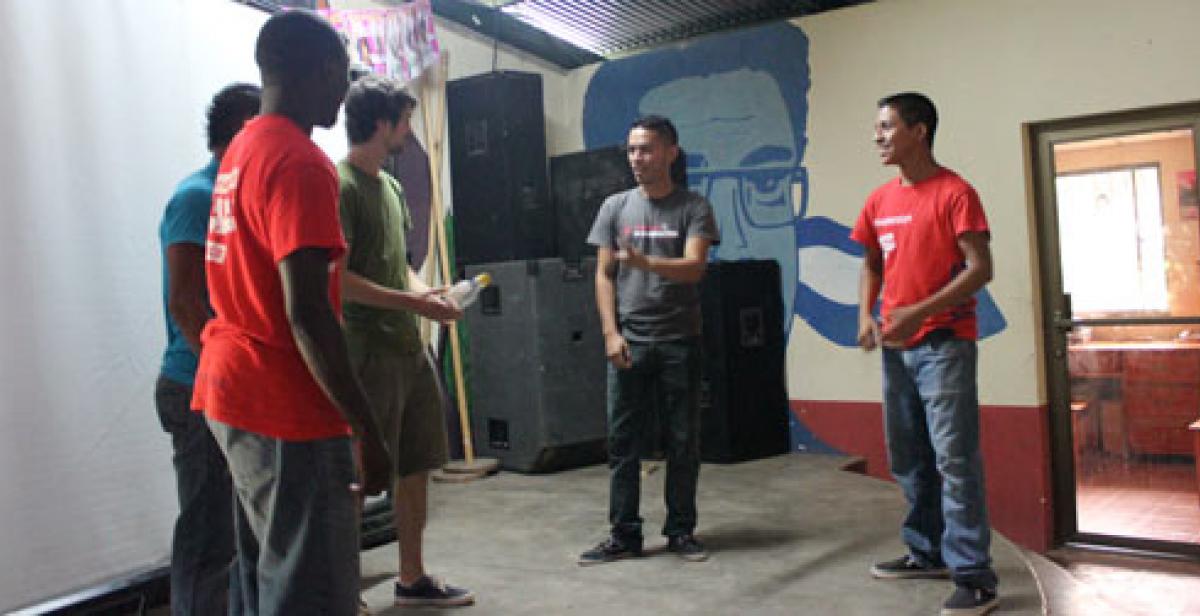 With our partner-organisation FENACOOP, we recently carried a workshop in the town of Dipilto on the topic of gender, a complex and sensitive topic, especially in Nicaragua, which is steeped in ‘machismo’ culture. Machismo culture can take many forms. It can be the belief that men are superior to women, both intellectually and physically. It can be the belief that men are the sole bread winners of the family, and that women are the property of men and should be treated accordingly. At the extreme end of the machismo continuum this can result in abuse, sexual violence, the strangulation of women’s freedoms and femicides ("the killing of females by males because they are females", Diana Russell).

A 2010 Amnesty report on rape and sexual violence, partly based on Nicaraguan police reports, between 1998 and 2008, documented 14,377 cases of rape. Two thirds of the women were under the age of 17.  Equally shocking is a report carried out by The Gender Index, which found that 70% of women in Nicaragua have experienced some form of violence. A study carried out by the Network of Violence Against Women recorded 85 femicides in 2012 (in the UK the figure was roughly 100).  However, if Nicaragua had the same population as the UK the figure would be around 850 femicides per year.  Adding to the problem, when women want to report violence, their outstretched hands and their cries for help are often pushed away or stifled by: intimidation by abusers, “negative social attitudes towards rape survivors” [Amnesty report 2010], a legal system which is saturated with machismo culture, and a lack of grassroots organisations providing effective support. Machismo can also take a much more subtle, insidious form. From the mother and daughter who serve the father and son before themselves, to the husband who prevents the women from seeing her friends, to the stiff grab of the arm, with the piercing eyes of intimidation to follow.

As the women and men began to arrive at the workshop we were more than aware of the wide-spread machismo culture, and our precarious position as outsiders attempting to raise awareness on such a sensitive topic. The workshop, therefore, was designed to be as engaging, diverse and as hands-on as possible. The first activity was for the men and women to list what they perceive as stereotypes for men and women in Nicaragua. Predictably, the men pushed for the strong, charismatic, Claude Van Damme persona, and the women, the true heart of the family, the brains behind the whole operation. Next we carried out a number of role plays designed to highlight instances of machismo culture in Nicaragua; this sparked healthy discussion among the group. ‘I can relate to some of the role plays but not the violent ones’, explained one lady.  “I hope we can have presentations like this in high schools to educate males”, concluded another. Possibly the most striking comment was made by a man: “the woman is treated like a sexual object…they have sex because they are so scared of being hit”.  Although there was not complete unanimity among the group, there was a tacit acknowledgement that a majority of the role plays were prevalent within Nicaraguan society, and the exercise helped to elucidate taken-for-granted instances of ‘machismo’ culture.

After explaining “machismo” culture and its effects, we carried out an activity which was designed to spark discussion over moral questions surrounding “machismo” and whether the questions warranted a “yes” or “no” answer.  For example, we asked, “If a man uses violence should a woman be able to end the relationship?” The male contingent, tellingly, moved towards a “no” answer, insinuating that a man should be given another chance and needs to understand why they were wrong. Rejecting this view, a lady explained that if a man is “given another chance it will only happen again. It creates a cycle of violence.”  The women, united in their support for a ‘yes’ answer, displayed an awareness about the morality of domestic violence, and how a women has individual rights and freedoms which must be adhered to. In practice, however, it is clear that the often coercive nature of a relationship can prevent women from walking away, or from seeking help. 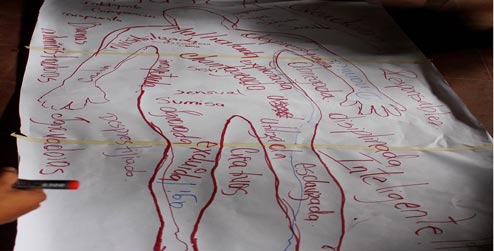 In June, 2012, Law 779 was introduced. The law was designed to prevent violence against women by providing services and punishing perpetrators. After a brief introduction to the law a discussion emerged about its effectiveness. Opinions about the law varied:

• “Not ready for a law this radical!”

• Before the law there was less violence than there is now

• There are not the support services for women to go to

In general, the law was reflected on negatively. And among the volunteers, who have learnt steadily about the socio-political situation in Nicaragua, there was the view that the law, like others in Nicaragua, is tokenistic: it gives the illusion that progress is taking place but there are not the actual resources in place to implement it. The fundamental problem lies with attitudes. Until attitudes towards a woman’s status and role in society change, then the law will be impotent. Moreover, how can institutions – the police, the judiciary, the government – implement the law when they are saturated with ‘machismo’ themselves?

By the end of the session we had learnt a great deal. The participants had emphasized, contrary to many of our preconceptions, that raising awareness as outsiders was actually a benefit. Many of the participants felt that if fellow Nicaraguans were to carry out the workshop they would not be taken seriously. They felt that by carrying out workshops with school children, and throughout the society, attitudes would slowly change. More often than not, it’s the men who are the perpetrators, so encouraging their involvement within workshops, it was suggested, is key. There was a consensus that there needed to be more groups within civil society providing support and advice to women. Importantly, the volunteers gained a greater understanding of ‘machismo’ in Nicaragua; and by doing this; it opened our own eyes to the pervasiveness of ‘machismo’ culture in the UK (misogynist language, sexual objectification, gender violence etc).