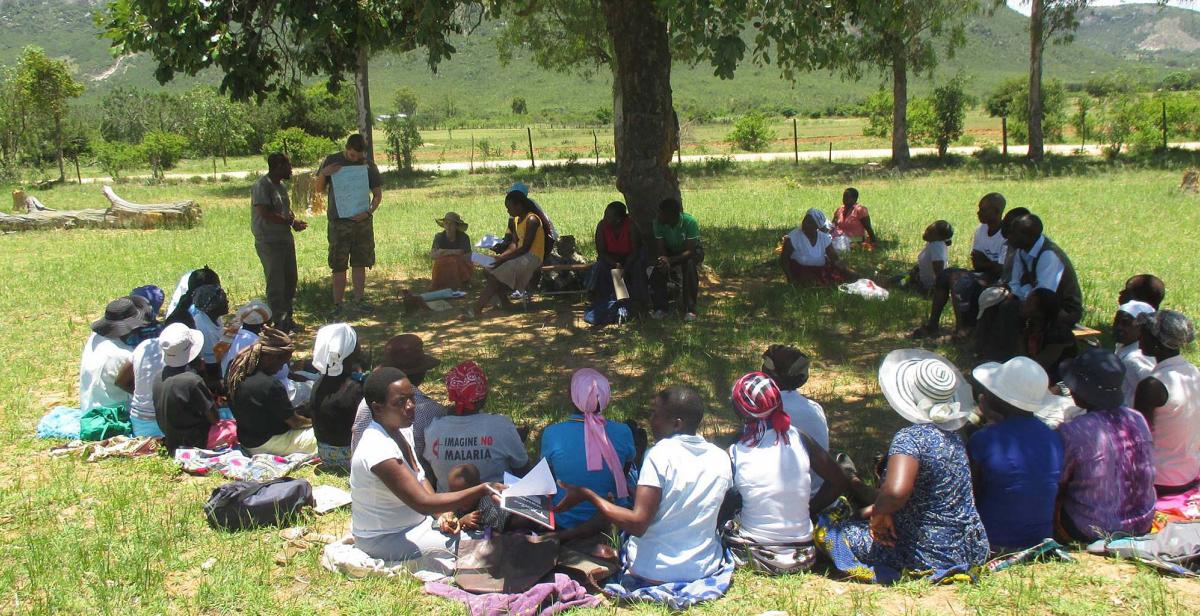 Due to its location and affiliation with the St Matthias High and Primary Schools, St Matthias Anglican Church, Tsonzo, has many a parishioner. The whole high school fills the church early doors, serenading the surrounding houses, including that of V, B and Kat. The catchment area spreads over at least five km on their regular Sunday with at least one lady coming from Govhingo, where one of our sessions is based (a 20 minute combi drive away) on Tuesdays. That catchment area broadened a little with parishioners coming from as far as Inverness and Falkirk although the latter Scot may prioritise a lie-in on future Sundays! Our commute is some way short of the thousands of miles though and it is the same five-minute walk as to our morning workout spot (the church yard).

Although we were told before we arrived in Zimbabwe that we should be ready for “Africa Time”, the services so far have begun very promptly with the majority of the 200 or so congregation seated from the start. A large part of this is made up of children of primary school age, all sitting together at the front, perpendicular to the altar. They sit patiently, no Sunday school to distract them, and pray along with the rest.

Faith in Zimbabwe seems to play a far bigger role in the lives of a large part of the community than could be said of the UK. People attend church not out of force of habit but through a willingness to gather together and pray. Faith is more personal and yet more readily shared than I have found elsewhere.

In the UK the loss of a priest causes severe worrying on many a church council and would bring a parish and its ageing parishioners to their knees. Here at St Matthias, Tsonzo having no priest available is no cause for alarm. The service becomes a community wide affair with at least five different people standing up to lead the congregation in prayer and song. (After the song, there isn’t as much time as you’d think for prayer in an hour and 45 minute service.)  A token choir leads the hymns and religious songs but in truth it is the whole congregation that harmonises. Any choir master/mistress would be jealous of the plentiful talent and the willing throngs of singers. Basses and tenors to the back of the church and the altos, sopranos and trebles further towards the front.

Mass however is not just for singing and praying, as it is one of the only times at which the whole community is together, it is the perfect time to make any form of announcement and to gain maximum exposure for a topic of your choice. In the week of our arrival, we announced Progressio ICS return to Tsonzo and used our few lines of Shona to introduce ourselves. We also witnessed a man advertise his music and the Headmaster of the secondary school broadcast the A-level subject pass rates one by one to the ever increasing jubilation of the congregation.

After three masses, I can now join in to at least one of the songs, so I’ll have to go back to church next week to sing something other than Zim dancehall!