Home » HIV in Zimbabwe: Tales of a truck driver

HIV in Zimbabwe: Tales of a truck driver 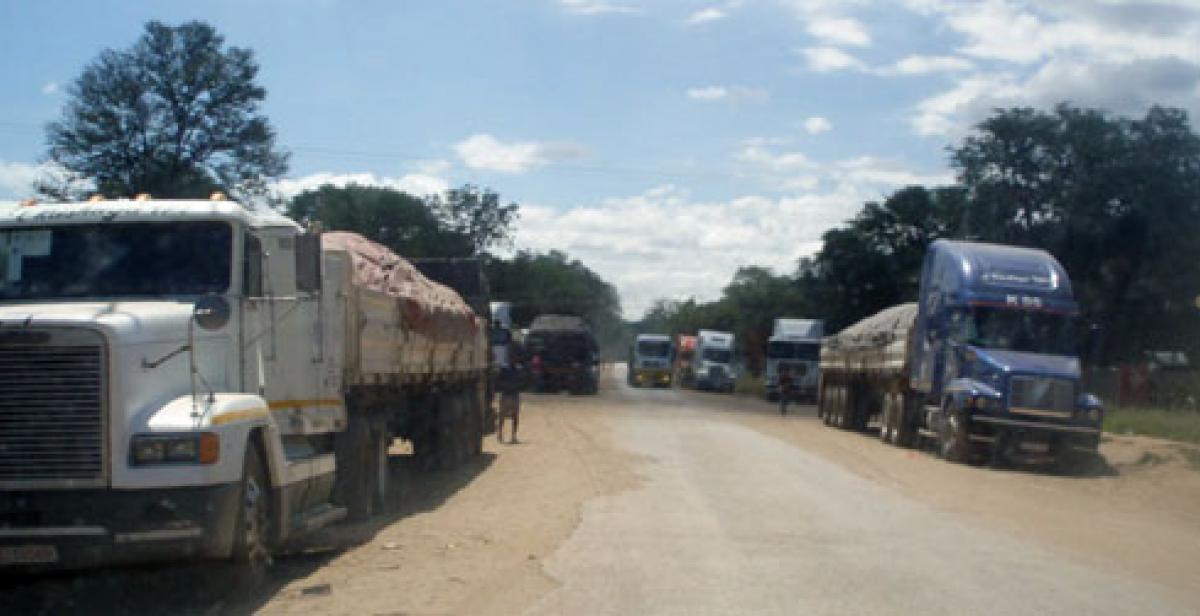 Chirundu border post – on the Zambezi river between Zimbabwe and Zambia – is, like most border posts, a hive of activity, with a lot of human and commercial goods crossing the border on a daily basis, writes Progressio development worker Walter Otis Tapfumaneyi.

Long queues of trucks are a regular sight as they wait their turn to be cleared on both sides of the border before they can proceed with their journeys. More often than not the final destinations are not only Zimbabwe or Zambia but countries as far as the Democratic Republic of Congo (DRC), Tanzania, or South Africa.

Long distance driving is a male-dominated profession and most drivers are aware that they have long been implicated in the early geographical spread of HIV in southern Africa. Drivers often travel long distances and spend long periods away from their families.

Strangling delivery deadlines, in some cases poor salaries and very brief periods of rest between deliveries – these working conditions and the tendency for high risk sexual behaviour of transport industry employees make them very vulnerable to HIV infection.

Due to various HIV interventions including Progressio’s Hear our voice! Speaking out for HIV services and care support project, many long distance drivers are aware of their vulnerability and their HIV awareness and prevention knowledge levels are reasonably high.

More and more drivers claim to be abstinent while on the road; some have regular girlfriends; some occasionally, and some regularly, avail themselves of sex workers but are using condoms.

Risk-reduction interventions have made a difference – and not just for truck drivers. The Roadside Wellness Clinic at Chirundu border post is visited by an average of 40 people daily, nearly half of them long distance drivers and commercial sex workers, with the rest being drawn from the local community. 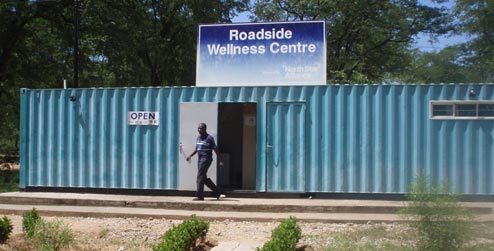 But some drivers continue with high-risk behaviour and their resistance to change may be due to fatalism, beliefs that it is unmanly to reduce partner numbers, and the insidious effects of being away from home and constantly solicited by sex workers.

It is not easy being a long distance driver – it is back breaking work, with notoriously bad working conditions, and very long working hours with little or no resting time between deliveries.

As one driver, Themba Mucharidza (not his real name), told me: “There is no way any HIV and AIDS initiative can be truly effective in the transport industry without addressing the working conditions that continue to put long distance drivers at risk.”

Themba continues: “I started working for my company in 2009 and I have not been allowed to go on leave since. The only time you are given two or three days off work is when you have to attend a funeral of a close relative.”

Themba is employed by a very big, well known transport company which became even bigger in recent years after it merged with another equally big transport company. “It seems like they took all the bad elements and unfavourable conditions of service from both companies and incorporated them for drivers in the new merged company,” says Themba.

He is married and they have an eight year old daughter. Themba’s father died leaving him as the only bread winner looking after his mother and three siblings in addition to his own family. “My background motivates me to be responsible in all aspects of life including my sexual life,” he says.

Much of his life is spent on the road and in foreign lands where security is also a risk factor. He shared a recent story of what happened to a fellow driver in DRC. After having had sex with a local sex worker in his truck and paid the agreed amount, the sex worker returned with armed police officers claiming that she had been raped. After long hours of negotiations fellow drivers had no choice but to contribute $500 for the police and sex worker to let their friend off.

“Such is the risk in DRC that only very few drivers dare to engage the services of sex workers. So the biggest problem is in Zimbabwe and Zambia where it is safe to engage sex workers. After days and sometimes weeks in DRC, drivers ‘celebrate’ and relieve themselves in Zambia and Zimbabwe”.

“When I get to Harare I only have a few hours with my family. I leave the truck at the depot early evening and I am expected to be back to collect my truck and be on the road first thing in the morning. If I am lucky, on the return journey from South Africa the same arrangement will apply; otherwise I am made to avoid passing through Harare altogether.”

Their company does not allow them to travel with their wives otherwise a driver will be fired. The company claims that they do not have the facilities to accommodate wives – yet depots and truck stops along the way have facilities for women too.

“Some of us do smuggle and travel with our wives once in a while. It is of course a big risk but it is a risk worth taking as opposed to risk getting HIV along the way. But do we honestly have to do this? It should just be one of our conditions of service that we are able to take our wives with us should we wish to do so.

“Our wives demonstrated recently at our company premises in Harare demanding that we get more time at home and better working conditions,” says Themba.

Acting as an advocate

Like most sectors now in Zimbabwe, the transport sector is highly competitive with thousands looking for jobs. For fear of losing their jobs and the bureaucracy involved in labour disputes, a lot of drivers have little choice but to work under conditions that are generally not acceptable – including making them vulnerable to HIV.

“I have benefited greatly from the regular HIV and AIDS discussions we hold with Sister Shami (NECTOI Chirundu Site Agent) and the information she gives us,” says Themba.

“As a result I get tested for HIV on a regular basis at the Wellness Roadside Clinic.

“She has motivated me to be an HIV and AIDS advocate among my fellow drivers. I sometime accompany or bring my friends to test for HIV.”

With the help of peer educators like Themba, there is hope that the situation will continue to improve.

Walter Otis Tapfumaneyi is a Progressio development worker in Zimbabwe, where he works as an advocacy adviser with NECTOI (the National Employment Council for the Transport Operating Industry) and ZAPSO (the Zimbabwe AIDS Prevention and Support Organisation) on the ‘Hear our voice!’ project.

i think its highly

i think its highly commentable to have an age restriction in recruitments for long journey transport drivers. the type of work was meant for the retired age group but due to highest levels of unemployment , pple are left with no option.