Home » Zimbabwe: Why gender is an issue of justice

Zimbabwe: Why gender is an issue of justice 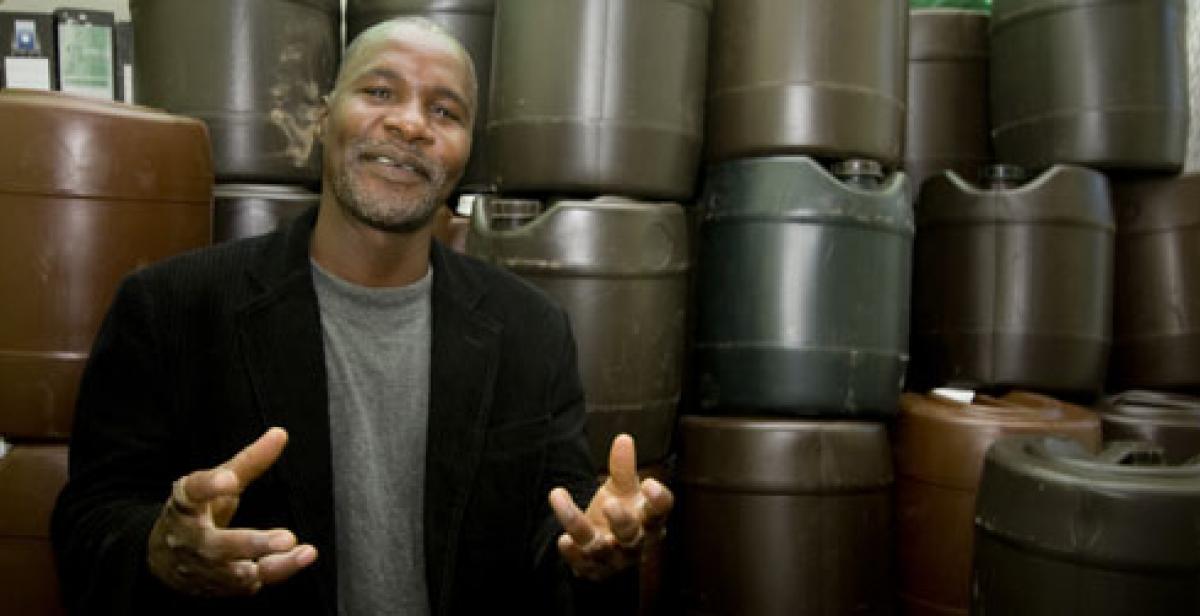 Philemon Handinahama is a Progressio development worker working for the National Faith-Based Council of Zimbabwe (NFBCZ) to inform and influence opinion-formers within the churches to promote a greater understanding of gender issues, stigma and discrimination, and to reduce violent sexual behaviour towards women in the context of HIV and AIDS. Phil has been working for Progressio for five years.

What inspired you to work on gender based issues?

I wanted to address the disadvantages faced by women particularly in the churches. Women face lots of issues in the churches. The leaders are largely male and women play a peripheral role.  I felt I needed to get the churches to realise the potential that is there within women in order to make for meaningful participation within the churches and the communities in which they live.

When we are talking about gender issues people immediately link it to women. But I approach it in a different dimension and find it just as interesting working with the men. When they hear I am a gender advisor people are sometimes surprised.

I find that rural women are the most in need of information and support on gender-based violence as they do not receive services and have less access to information. Because we work through existing church structures the women in rural areas are forthcoming.  We are not just arriving from the city; we are working through existing structures.

Is it just as important to engage men as women?

Even though our major focus is on the women we have seen that we cannot win the war by just inviting women to workshops. So I’ve been developing strategies to look to decision-makers. Once I had buy-in from these men it allowed me to approach the communities. In the workshops I run, 75% are women and 25% are men. Although there’s only 25%, we’re working to lobby decision-makers within the churches. Once we had the directive from the top it was much easier to influence others on the ground. We also had other men from the community interested too because they liked that the projects were community owned.

What are your hopes for the future of women in Zimbabwe?

I hope more and more women will take on leadership roles and talk about issues which women are facing. Women are in the best place to talk about issues affecting them and can bring change. In the churches we need to have more women taking part and being trained to become pastors, community leaders or trained in politics, or in other spheres within the community in which they live.

Have you noticed a difference in the women over time?

Changes are beginning to take place and women are starting to open up and talking about issues of gender-based violence. The church leaders, who are largely male, are trying to create room for women within the churches.  For example, in the Midlands, churches are promoting roles of women’s leadership and women’s participation.

Are women confident in playing a more active role? Does it excite them?

They are excited but you will find that it is difficult. We are trying to change things that have been engraved in tradition so it cannot happen overnight. Some get excited but some get frustrated along the way. There are still obstacles that exist in the community and the churches. There are some men who don’t appreciate women’s empowerment and women who, they themselves, do not appreciate the uplifting of their colleagues. Some are excited to take part but again, issues around gender-based violence cannot be addressed over a short period of time, so intervention still needs to continue.

When you talk of gender-based issues what do you mean?

When we are talking about gender-based violence we are looking at the inequalities which exist between men and women that cause problems. In the communities most of the decision-making is done by men. Even if the men are not working they decide how resources are spent. Women have no rights. The male children have more power than their mothers. These kind of imbalances still exist and these are the challenges that we need to talk about.

We are asking questions like: are there any platforms for women to take part in the activities within the churches? Are there any channels that can help if a woman is being abused? Can they talk to a pastor about the abuse and follow this up? We do have church councillors and community leaders which mean people get help and action can be taken. We’re working with the police too and trying to train the police on gender issues and gender-based violence so that they can help prevent violence within their communities.

During the elections women are raped and sexually abused, there is an increase in gender-based violence because of political violence. Men take out their frustrations on women.

How are you helping to empower women through your role as a DW?

I’ve been capacity-building to help churches to address issues on gender, HIV and gender-based violence. There is a close link between HIV & AIDS and gender-based-violence. I help address gender imbalances which exist between men and women within the church communities.

I work with the Catholic Church, Protestant, Evangelical and African Independent churches. The central focus of all of those churches is Jesus but the worship is very different. I have learnt to adjust, I use different strategies for different churches, and invite leaders with different view from different churches to share with each other in order to help women overcome gender issues and violence.

What is the connection between HIV and gender-based violence?

If someone’s sexual and reproductive rights are not always respected in the household set-up there can be problems. If a man is HIV+ he may force himself on a woman without using protection. Because of the imbalance that exists and because of this dominance you will find the male will infect the woman with HIV. If a woman asks them to go for a test, the man won’t. This causes friction in the household. So the challenge is how to negotiate safer sex in the household because people are not always open about it.

Will the role of women change?

I think this will continue for some time; we might see a change but we still have too many hurdles to overcome. The problems are that women are in charge of farming, looking after children and keeping the home. Men come back from cities and take the money that the women have made. It is not right. The women working on the produce do not enjoy the fruits of the produce. It is the men.  It’s an issue of justice which is almost a violence against women it itself.

What keeps you going? What inspires you to continue doing the work that you do?

My greatest inspiration comes from the appreciation of the rural communities. After the workshops many people would say, “Can you come back? When are you coming back?” and this gave me a lot of inspiration to continue working. This was the key drive for me; to see the impact taking place at the grassroots.

Photo: Philemon Handinahama in front of containers of drinking water which are being used because of a cholera outbreak in Harare.

I really commend what he is

I really commend what he is doing. But has he ever encountered the gender problem about the so-called widows against the inheritance versus justice? That's why i also am keen to address these issues as i was also directly affected by the above mentioned issues found in women. Not only rural women are facing the dilemma even urban ones too.