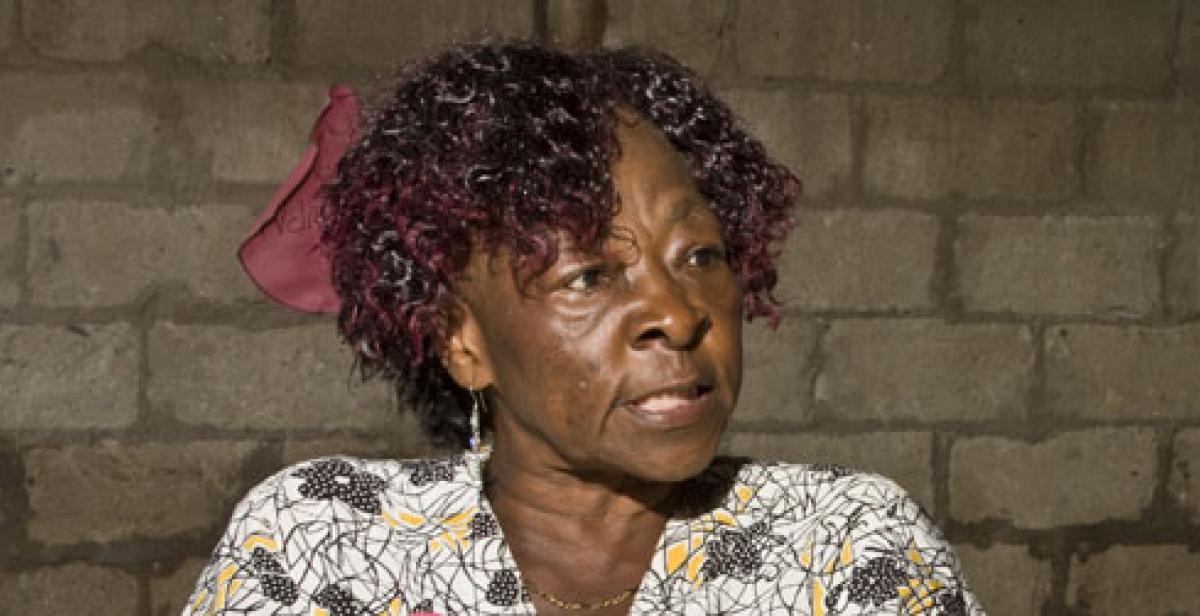 No sooner had I arrived in Zimbabwe than I realised how much tougher life is simply being a woman. There are many burdens faced by women in Zimbabwe: they are the breadwinners, they provide food and water for the family, collect firewood, take care of the children and the sick and are central to family life. But despite playing such a significant role in society, women are struggling.

Inherent gender inequalities and unjust traditions mean women are being left behind. Many don’t know their rights; often women are abused by men in their homes and are seen as second class citizens. The male children have more power than their mothers.

But, for the last few years, Progressio’s development worker Philemon Handinahama has been working to address these inequalities. Phil said: “I wanted to address the disadvantages faced by women particularly in the churches. I felt I needed to get the churches to realise the potential that is there within women in order to make for meaningful participation within the churches and the communities in which they live.”

This is exactly what Phil is managing to do. Working alongside out partner, the National Faith Based Council of Zimbabwe (NFBCZ), Phil has been running workshops and lobbying for change within the church structures. By targeting church leaders, Phil has successfully managed to rally support for women and has enabled men and women to understand and appreciate the potential women have within the community and the churches.

Because of the work Phil has been doing, women are now standing up for themselves, seeking help and advice to tackle abuse in their homes and taking on a more active role in society. Phil has helped communities to carve out a new role for women as participants in society and in the church, and in doing so we are now seeing women lead communities, set up businesses, and take on positions of responsibility within the church. Phil has helped women like Mrs Clara Pindurai (61) through supporting the Evangelical Fellowship of Zimbabwe (EFZ).

Clara is an inspiration to women. Married to Father Jeoffrey (62) for almost 35 years, Clara is the epitome of an empowered woman. Since taking part in workshops and coming together with other men and women within the community Clara has transformed her life and the lives of many other people. She has set up a community centre at the Covenant Fellowship Church in Chitungwiza, which cares for the sick and looks after orphans and vulnerable children. The centre has a feeding programme for the children and also teaches them to read and write, which is a blessing for those who cannot afford to go to school. 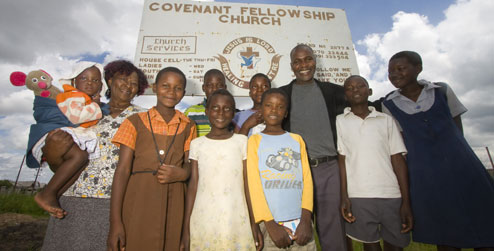 Clara said: “We have been a member of EFZ for a long time and we have been attending workshops on professional counselling for children, and HIV workshops which have helped us to teach people about preventative methods and how to help people living with the illness to accept that they are positive.” Now Clara is able to advise people in the community and help them to get the correct treatment and nutrition.

She said: “We help people to stay healthy and take their tablets at the right time. People find it helpful to be able to come together. As women we meet every Thursday to talk about our families, about God and talk about how we can improve as women.” Clara has also adopted two children and is using her new skills to develop new initiatives within the community. She wants to open a soup kitchen for the children on their way to school.

When I asked Clara what advice she would give to other women who are facing many challenges, she said: “We are all created in the image of God and we need to learn to accept ourselves for who we are. Love yourself, pray, mix with others, know what is going on in the community and come together as women.”

well spoken. keep on that

well spoken. keep on that good spirit.we are there to support you.