El Salvador: The environment of Arcatao 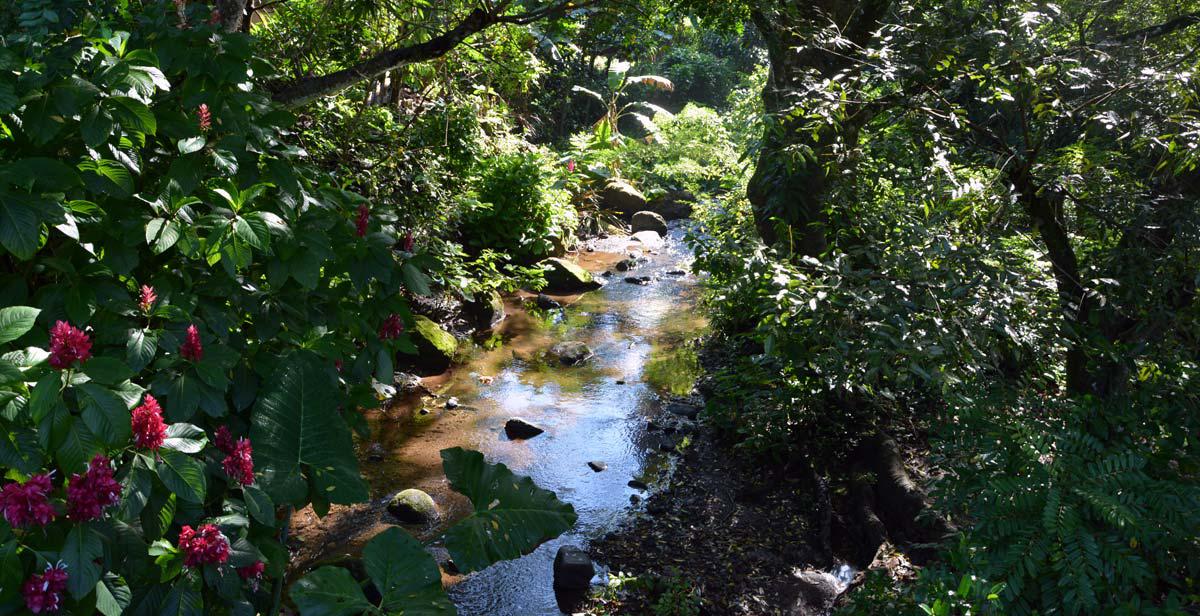 Upon arriving in Arcatao in early October 2016, our cycle was greeted immediately by the stunning scenery of rural El Salvador. The seemingly impenetrable peaks of the Sierra Madre de Chiapas reach out to touch every part of Arcatao’s horizon and a sea of tropical cloud forest blankets the mountainous landscape. These cloud forests are called home by millions of species of insects, amphibians and reptiles and their canopies contain the colours of a thousand bird species. Numerous fields of maize surround the town, with farmers employing the same methods of cultivation their forefathers used.  The town of Arcatao itself is a colourful and vibrant place. The streets are almost universally flanked with elegant murals and the air buzzes with the activity of the townsfolk going about their daily routines. This rural setting and seeming abundance of semi-natural habitat surrounding Arcatao gives the impression of a frontier town brimming with biodiversity. Indeed, Arcatao’s isolated situation amongst the Sierra Madre lends itself as a conservation hotspot; my own experience so far is concurrent with this theory. As an avid bird-watcher, I have had ample opportunity to view a variety of birds endemic to Central America, including but not limited to Altamira Orioles, White-Throated Magpie Jays and Elegant Trogons. However, there are large and pressing environmental problems that face the region and the country as a whole. 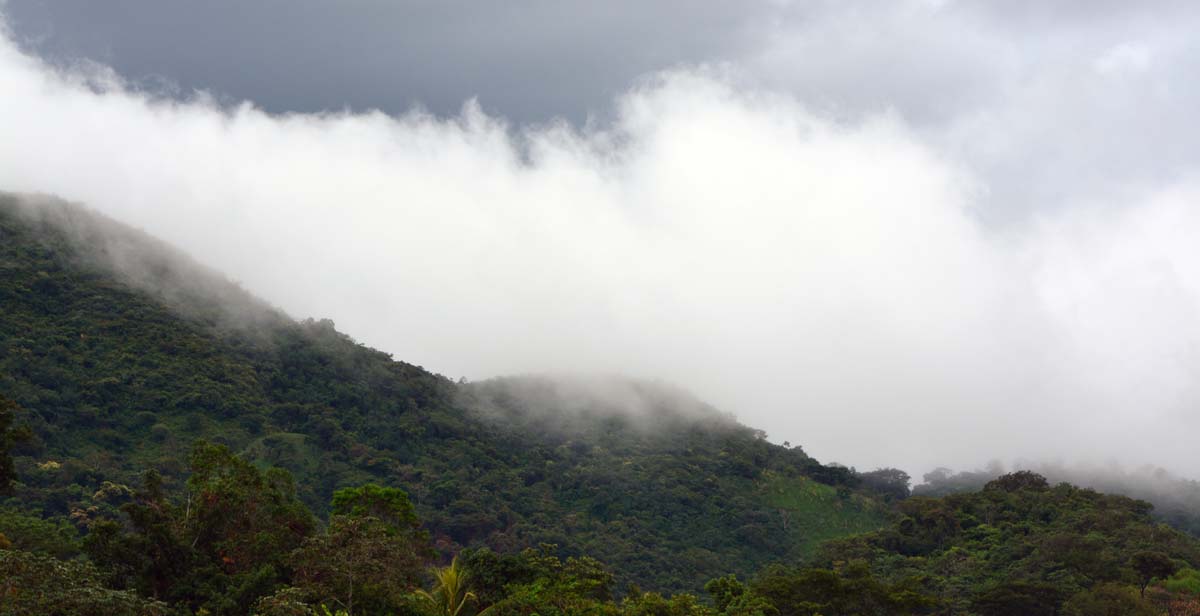 The country of El Salvador is generously endowed with numerous tropical cloud and mangrove forests, a coral-laden coastline, rich watersheds, a tropical climate and various natural resources. As a result, the country, although still quite biologically diverse has been ruthlessly exploited for its resources, destroying swathes of natural habitat. Some measures have been taken to curb this exploitation, such as giving local agricultural cooperatives autonomy over new parks and wildlife reserves. However, these measures do not go far enough and the country’s natural landscape continues to be threatened. Indeed, a great proportion of El Salvador’s choicest land has been blighted at the hands of opportunists as well as hard pressed, impoverished citizens, trying to scrape a living from the local environment. Additionally, El Salvador has seen an increasingly growing proportion of land come under agricultural tillage in order to feed its dense and rapidly expanding urban population. Agriculture is often given preference over conservation as El Salvador, unlike other Central American countries, has retained its parks and wildlife agencies under the jurisdiction of its Ministry of Agriculture and Livestock. In addition, an unstable political climate resulting from a bitter civil war combined with deep seated economic problems has meant that conservation is low on the immediate list of concerns in El Salvador.

The problems that are prevalent in the rest of the country also manifest themselves here in Arcatao. In the town itself, there are problems with rubbish and littering. This basic lack of putting rubbish in designated areas has meant that plastics find their way into the ecosystem, damaging the local environment. This also translates as a potential lack of environmental education and awareness. Additionally, the Chalatenango region is currently experiencing a shortage of water. This can be attributed to the increase in land for agriculture as farming often competes with the expanding domestic consumption of water. However, a more likely suggestion would be that water shortages have occurred in the region due to widespread deforestation. The deforestation of Chalatenango for agriculture, construction and timber has changed the region’s geography entirely. The earth no longer possesses the ability to hold water large quantities of water and mudslides are quite frequent. Whilst Honduras has preserved its cloud forests to act as water reservoirs, El Salvador has taken no measures in this regard. Climate change has also been cited as a reason for the water shortages in Arcatao, as the region’s rising temperatures mean that exposed bodies of water dry up quickly. Furthermore, the deforestation of the region has led to the loss of habitat for endemic species, potentially affecting the ecosystem irreversibly. 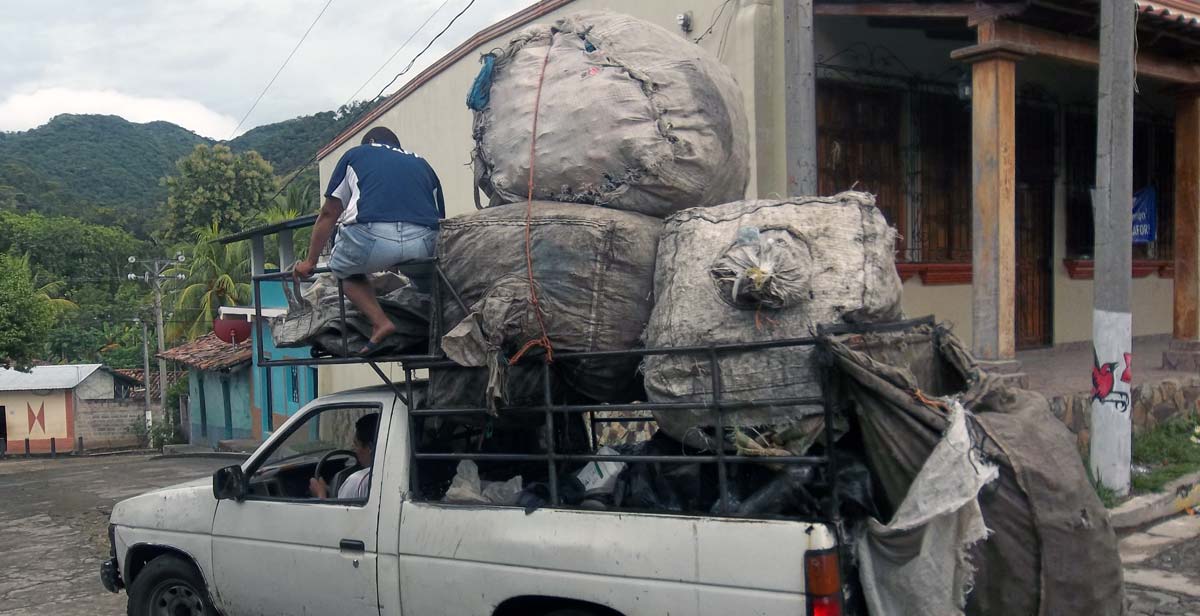 Nonetheless, as a Progressio volunteer it is about the solutions we can offer, not the problems that are present. Indeed, within the last week we have prepared a plan of action in an attempt to tackle the environmental problems that Arcatao faces. With regards to Arcatao’s rubbish problem, we will be holding workshops to raise awareness on the environment and the consequences of littering. Additionally, we shall also be holding community litter picking days at regular intervals to both tidy the town and raise awareness of the environment. Moreover, our bio-construction project, as well as using materials sourced locally, is representative of the desire for stability and peace in El Salvador. The kiosk will feature environmental messages and the national bird of El Salvador, the Turquoise-Browed Motmot. We will also be holding a reforestation day to plant native tree species and spread awareness of the benefits of reforestation. In addition to this, we will be holding environmental awareness and education workshops, creating a biodiversity index (most likely of local bird species) and potentially setting up a conservation society here in Arcatao. In particular, the foundation of an environmental society would be most effective in creating awareness and highlighting environmental issues in the local area.

Climate change and environmental degradation is not specific to one land or people; it is a universal issue. The work we do here to protect and preserve the local environment will have ramifications on the global community as a whole, as humanity continues its efforts to combat climate change. I believe El Salvador has huge potential to become a bastion against climate change and an ecological haven. I have even found my favourite place here, a place to watch the sunset and the birds of this beautiful country.