Throughout the 1980s, El Salvador was involved in a severe and violent conflict, with protests, kidnappings, assaults, seizures of churches, and death squads, that sent the country into turmoil with repercussions across multiple institutions within society. The education sector was one of those that was hit hard. This era saw a lot of authoritative attention shift from public sectors towards the support and funding of military forces. Not only this, but many rural communities across the country suffered shelling and military confrontations that led to damaged schools, preventing children from attending class and making many teachers unwilling to accept posts in schools in conflict zones. Since then, the education system has undergone reform that has seen huge improvements. Children now are able to get their uniform for free, they receive a glass of milk every day, and the general security of institutional support is much stronger. Needless to say, there are still many problems that need to be overcome, one of which is the equality of educational opportunities between boys and girls.

Due to a culture of households being run by a woman while the primary income comes from the man, the education of girls in El Salvador is unfortunately regularly short-lived. The pressure for girls to abandon formal education at a young age to help at home is common among families in both rural and urban areas, while boys are expected to remain in school for a longer period of time. On average, the amount of time spent by Salvadorean students in school is only four years; with boys averaging 4.6 years and girls 3.4 years, sometimes due to moving homes, changing schools, or, most notably, having to go home and help in domestic-sphere roles. Similarly, the pressure to start a family at a young age is also just as prevalent - it has been known for children as young as 12 to become sexually active due to family situations that encourage this kind of independence. This demand to take up responsibility at home from such an early age puts girls at an immediate disadvantage - their education is halted while their male counterparts have the opportunity to carry on learning, increasing their chances of pursuing an outside career. 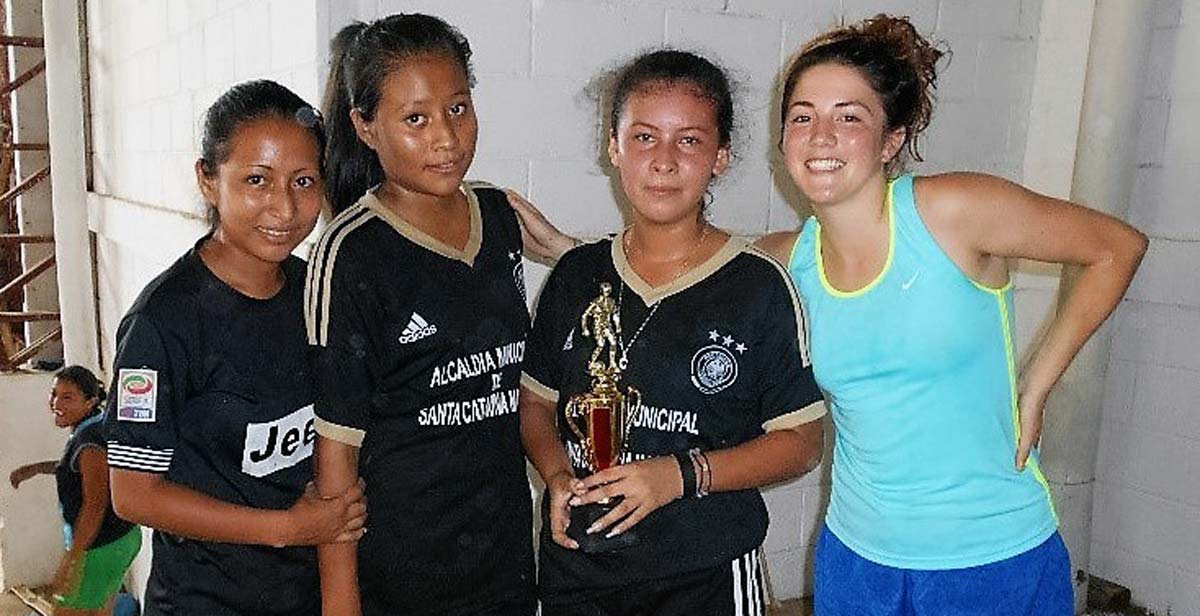 Although these statistics are formed on a national level, they are clearly represented here in Santa Catarina Masahuat.  Out of 2,202 homes here, only 21 per cent are headed by women as the highest earner - that makes the municipality third from the bottom in the country regarding the number of female led households. Some of these are single mothers and some families are solely dependent on family-run businesses, often either food or clothes shops in the front of their house. More than one of the host families on our cycle run their own small business from home. In terms of education, less than half of these heads of households attended a centre to receive formal education, and none were reported to have concluded their studies at a technical university (polytechnic) or university. Despite having reformed the education system recently, rural areas of the country like Santa Catarina are obviously still struggling to provide opportunity to the town, meaning that for many families the extent of their professional career will be confined to the community that they were born into.

There is a total of 11 schools in Santa Catarina Masahuat, 1 in the urban area and 10 in the rural areas. The school in town is the only one run by the Communal Association of Education and is the one that we regularly visit to give talks on youth rights, women rights and sexual health, and it was the venue for our recent performance of Romeo and Juliet. The teachers that we have met during our cycle have all been so lovely, and considering the sheer volume of children in attendance, they do a pretty good job of keeping them under control. According to the youth policy proposed by MIJUDEM (Mesa Integral Juvenil - the youth group our project is supporting), in Santa Catarina on average, 92 per cent of children complete primary education; 98 per cent of boys and 86 per cent of girls. 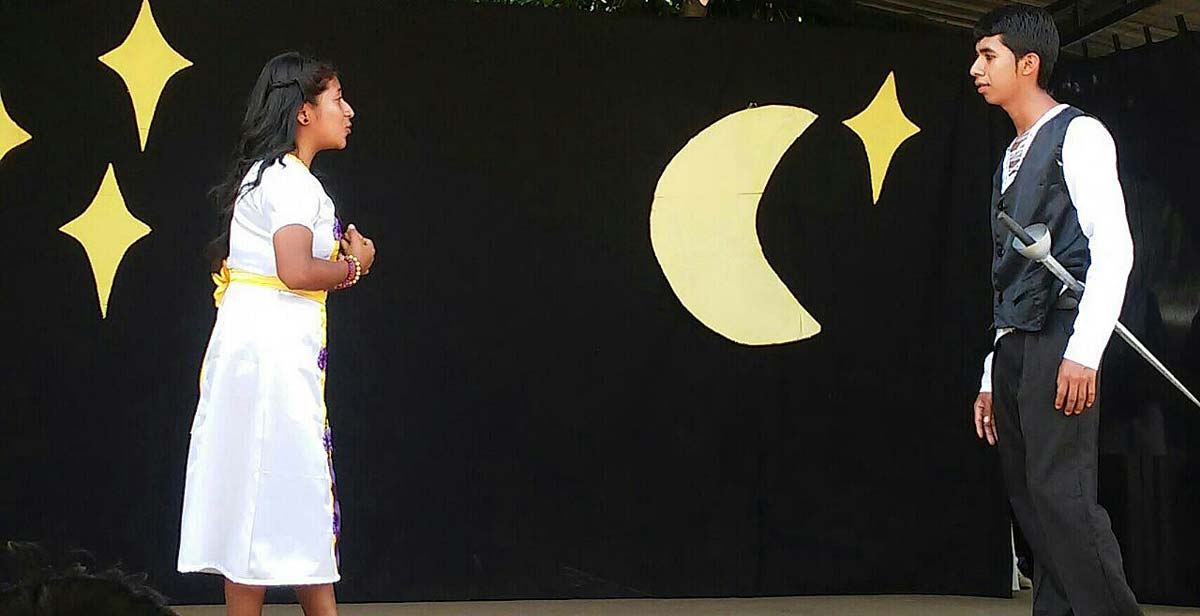 Furthermore, 26 per cent of the town cannot read or write, out of which, 370 are people between the ages of 10 and 29; 117 are men and 253 are women. Although this number seems to be extremely low, it is still better than the national average of 31 per cent being unable to read or write. It’s encouraging to see the success of the education system in Santa Catarina, especially when compared to the national averages. The abandonment of education from girls is perhaps beyond the control of schooling institutions, and domestic pressures simply overrule in communities where the demand to uphold a good standard of living is not as easy as it is elsewhere. 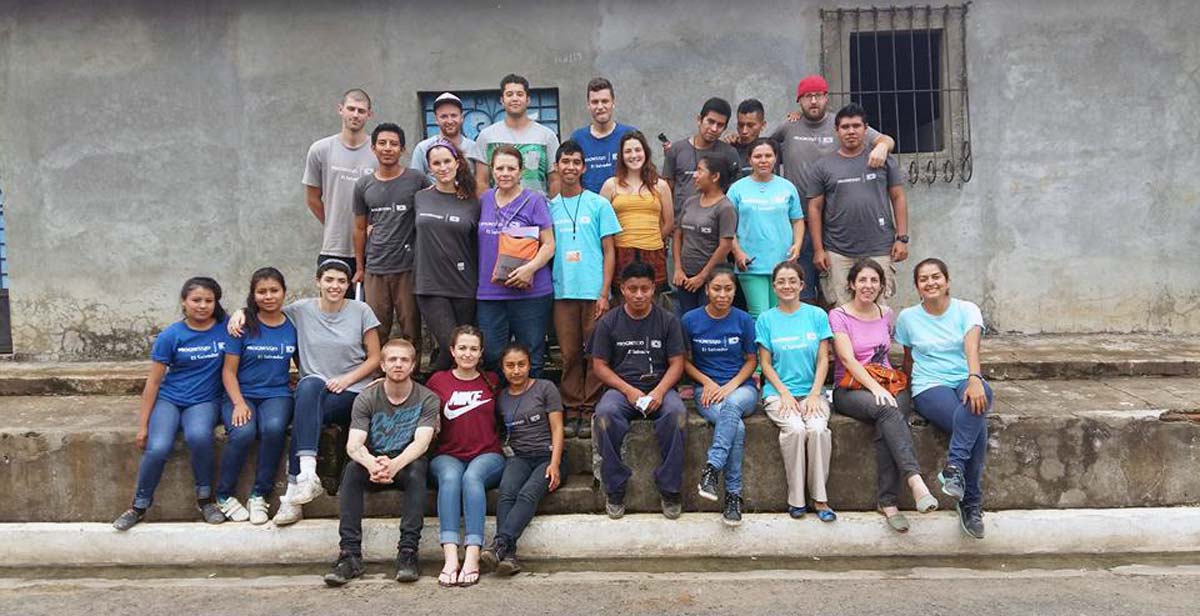 Since being here in Santa Catarina, I do feel as though we have only scratched the surface of grasping a complete understanding of the education system and the disparities between the opportunities for boys and girls. The national volunteers and other MESA members that we are working with have all had access to a good education and have spent the best part of their life in school. It’s evident from the families in the community we have come to know so well that, more often than not, the male is the one with an education and an outside job, while the female takes responsibility for the running of the home. For many girls the standard route is to get a few years of primary education in while they're young, before going back home to prepare for marriage, parenthood, and a role within the domestic sphere. It’s a norm that is hard to break when the problem lies within formal education from a young age.