Home » Honduras: A night out in San Benito

Honduras: A night out in San Benito 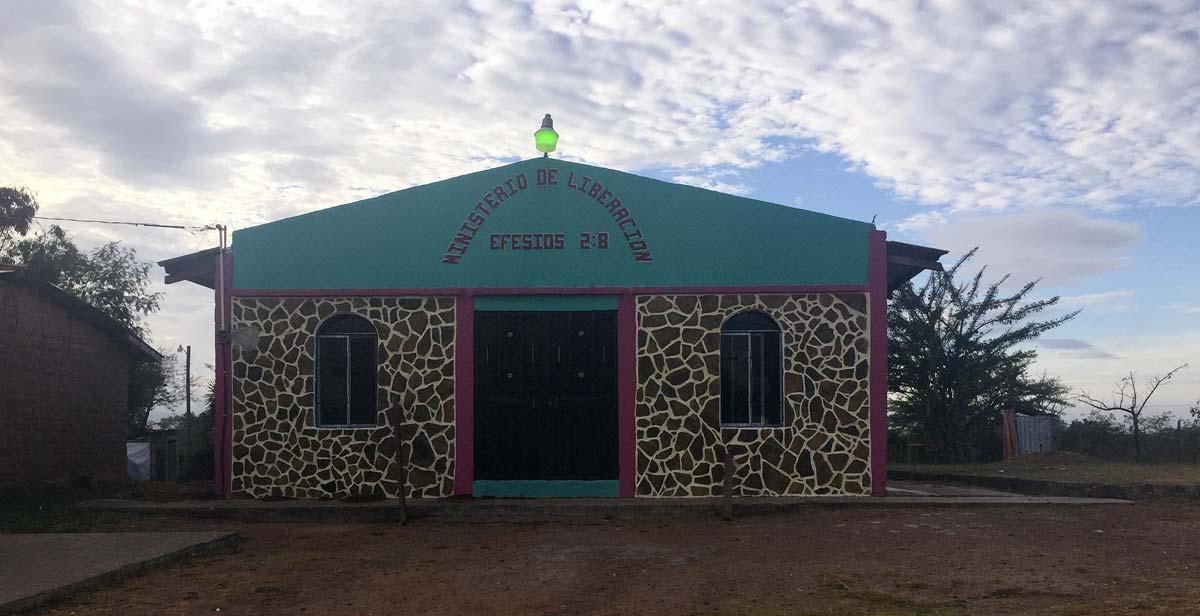 The scene is familiar, running to the mirror to do our hair, changing our outfit three times, wishing our shoes were a little cleaner. But despite what it looks like, we aren’t getting ready for a night on the town, we are going to church.

After seeing pictures of our national friend, Cindy, on Facebook dressed up for her previous trip to church we know what a big deal it is and we want to make a good impression. So out comes our Sunday best. It’s first time we’ve been allowed out past curfew and the excitement in the air is almost tangible as Daniel and I make our way over to Taylor’s. Daniella, her host mother, has kindly offered to take us to the nearby Evangelical church they attend. We often walk past and see the band practicing for the services on the way home from working.

The church is one room, little more than a small hall. But it stands out from the rustic buildings surrounding it, with its bright colours and exuberance.  A large mural of a natural scene covers the far wall behind a stage and podium, with smaller murals along the sides. And when service commences and it fills up with people, it feels much grander still.

"This is the closest thing to a night out we have", Charlotte remarks as we walk the short distance to the church. I can’t help but agree as we enter. There must be about 30 people in the church, which is more than I’ve seen at any one time in San Benito, except maybe at Gagan’s Zumba classes. Music is playing and unlike the churches in England (in my experience) people are doing a lot more than sitting and singing meekly along to the hymns. People are dancing, swaying, clapping and one woman has cleared a space in the centre and is particularly going for it, nearly knocking several people out in the process.

We stay at the back at first, feeling particularly British and out of place. I’m not quite sure what to do with my hands. But the next song comes on and it’s a particular favourite of the host family. It is somewhat similar to the Hokey Cokey and Cindy teaches us the dance moves. The songs are very long and we all have the chance to play the passing tambourine, dance with the host family’s youngest Nazereth, and engage in a mid-songs bout of spontaneous hugging.

The fact that we were foreign and clearly out of place did not stop what felt like the entire community hugging me. The song culminated in Daniella grabbing Dan’s hands and leading us on an absolutely mad conga line around the whole church five times. Afterwards Dan let on that he didn’t quite know what she wanted do and was two seconds away from jumping on her back for a piggy back ride. Somehow I don’t think that would be the most ridiculous thing to have happened there.

After that song, it settled down into a slightly more familiar format, with a sermon delivered by someone at the podium. My Spanish was not good enough to understand much more than the odd “House of the Lord” or “Light of God” but you don’t need to speak the language to understand the emotion and faith behind his words. I’ve always been fairly neutral in the church when I’ve attended at Christmas or other special events, but I have to admit to being jealous at the strong belief and conviction in the people who attended the church. 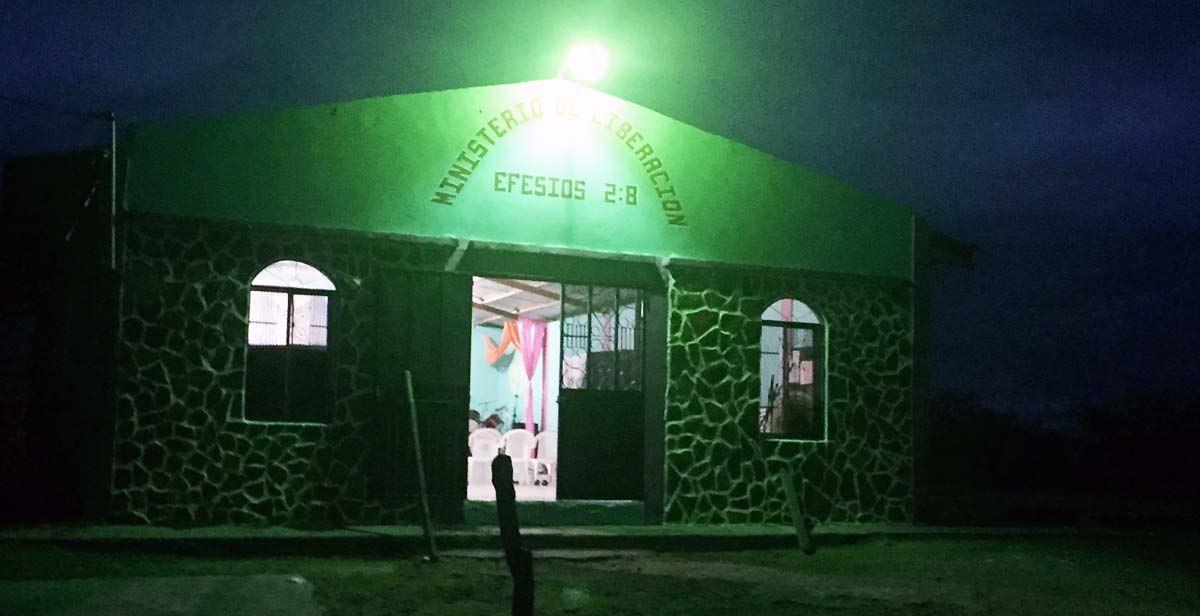 Something that has struck me when talking to the nationals about religion is the stark difference between denominations and what a monopoly Christianity has on the religions present in the country. When talking to Adid, a national volunteer, about what religions were in Honduras, he listed several different denominations of Christianity, which I probably would have struggled to name myself. There’s such a difference here between denominations, I would probably naively have assumed they would be very similar. To the point where the nationals said it would be unwise to hold events in the Catholic Church because some of the Evangelicals would not come and vice versa.

Adid seemed to find it difficult to understand that not only did we have different denominations but also entirely different religions in England. This was further exemplified in a separate conversation with Hector and Adid where I was trying to say the Tahj Mahal was a mosque (I know this is not true but it was the closest thing to the truth that I had in my Spanish vocabulary). Both of them did not recognise the word I was saying and for once I am fairly certain this wasn’t a fault with my Spanish. We eventually got to an understanding of mosques and I think a large part of this was that a previous volunteer was Muslim and wore a headdress.

Moving from such a secular society in England to one in which religion plays such a great role in everyday life has definitely caused me to think about religion and my own faith in a new way. It has also shown me the importance of volunteering with the nationals and sharing about culture and different religions. It opens them up to new viewpoints and people they wouldn’t otherwise have access to, something that is increasingly important in a modern, increasingly globalised world.