Our time in San Benito is coming to an end and it’s quite strange to think that soon we will be returning to our lives in the UK, and further afield, leaving behind a community we have lived in for three months now. It was quite a daunting experience to go into, as it’s not only the last cycle in San Benito but also the last cycle for Progressio ICS in Honduras. I felt the pressure as a Team Leader to leave a good impression, not just for the current team, but for every volunteer that had ever supported San Benito. 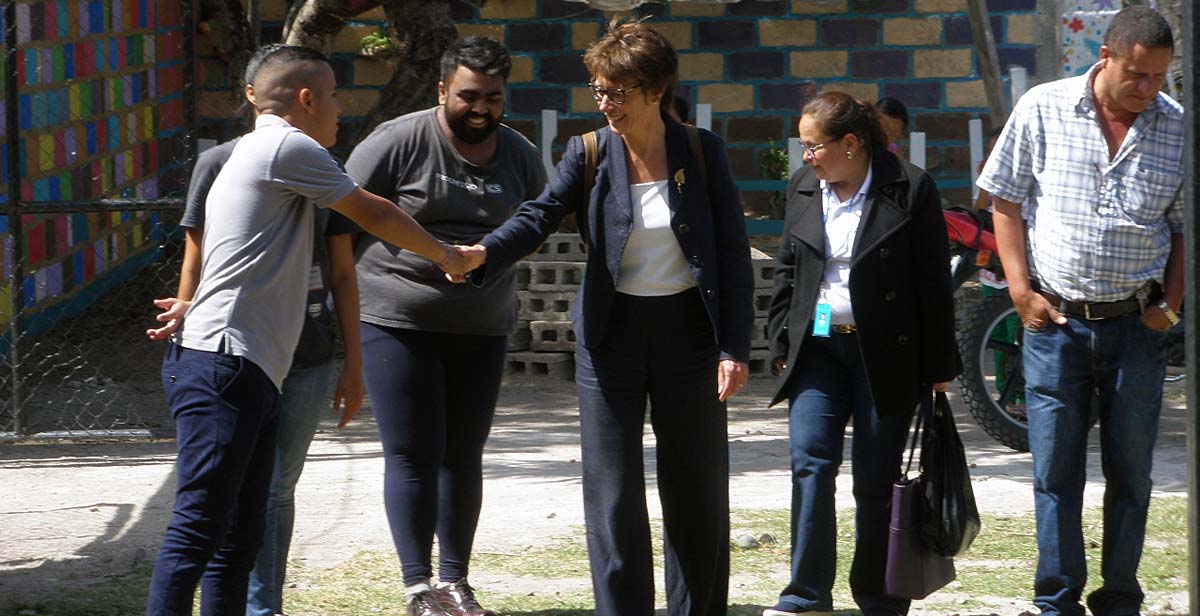 My first thought whilst sitting in Team Leader training as I copied the list of things we have to do in this cycle was, how was this all going to get done? That worry soon diminished as I saw in the first week how efficiently the team worked in an orphanage in La Paz, where they painted two murals, a garage door and a swimming pool in less than three days. This level of commitment continued throughout the whole cycle resulting in us completing our work, which included painting the exterior wall of the school inside and out, creating six new murals, building a school garden and a new shed, two weeks ahead of schedule, freeing up time to support the national volunteers with their Action at Home project to build a raised plinth to reduce the risk to the school from flooding.

This was only half of our work. We’ve been supporting the children directly with afterschool clubs in Art, Discovery, English, Football and Glee. This was a sharp learning curve for all volunteers with it being difficult enough to control a class of children in your native language let alone a foreign one. All the clubs were successful and through the determination of the volunteers, the children really benefited from the experience and the children’s self-confidence has flourished. After the school year finished in November, we introduced holiday clubs for our last month in San Benito, which the children continued to attend and enjoy.

My volunteer highlight was within the Glee Club. During the first week in San Benito, we were told we had to get the club ready for a competition in the capital with less than three weeks to prepare. Whilst lying in bed with a parasite induced fever, Dan and I got working on a seven-minute mix from, which I worked out the choreography. We rehearsed everyday with the group and by the time we left San Benito, they were competition ready. We didn’t win a trophy that day but, as a mentor, I was so proud to see the children, many of whom had never been to Tegucigalpa before, performing without fear on the biggest stage they’d been on. 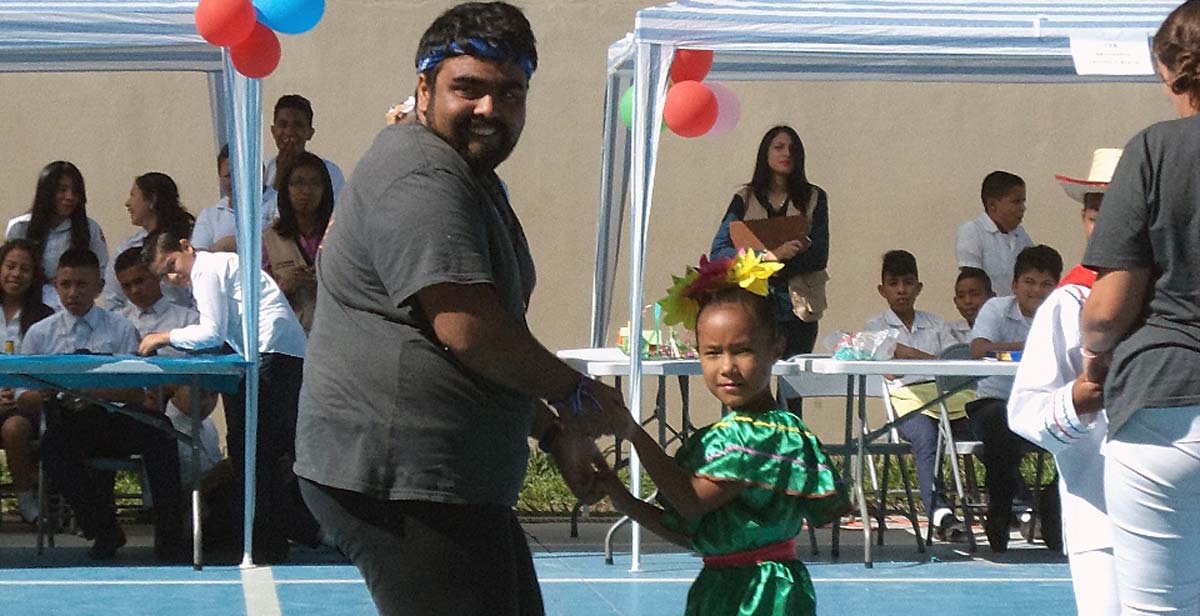 We worked cross-culturally with a team of nationals and UK volunteers and through this we’ve shared some unforgettable moments, most involving dancing or singing, and learnt a lot from each other along the way. Many people have surprised me, and more than anything during the experience, I’ve seen that age is not important. Take ten-year-old Maria Fernanda, a student who has led a group of peers and members of the community and fully committed to looking after the vegetable school garden we built. Also, Harry, of the UK volunteers, at just 18, is one of the most mature and hardworking people I have met. I’ve also learnt that engaging with Charlotte in any competition will result in physical injury and learnt from Dan that there is such a thing as too much Bachata.

I have a lot of thanks for the host family who has kept me sane. Their home is incredible with its open spaces in the back and all the hammocks, but it’s the way the family has received and treated us like one of their own that has been most poignant. They’ve also been my biggest supporters and have taken the time to listen to me when I’m upset or frustrated and taken the time to laugh at me, whenever I fall over. They’ve taken the time to understand us and I must admit, I have cried with joy when the host father makes me tea at five in the morning when he sees me working out on the porch. They’ve also opened up their kitchen to me and let me cook, which was as much as a way for me to say thank you to them but also to help me relax. 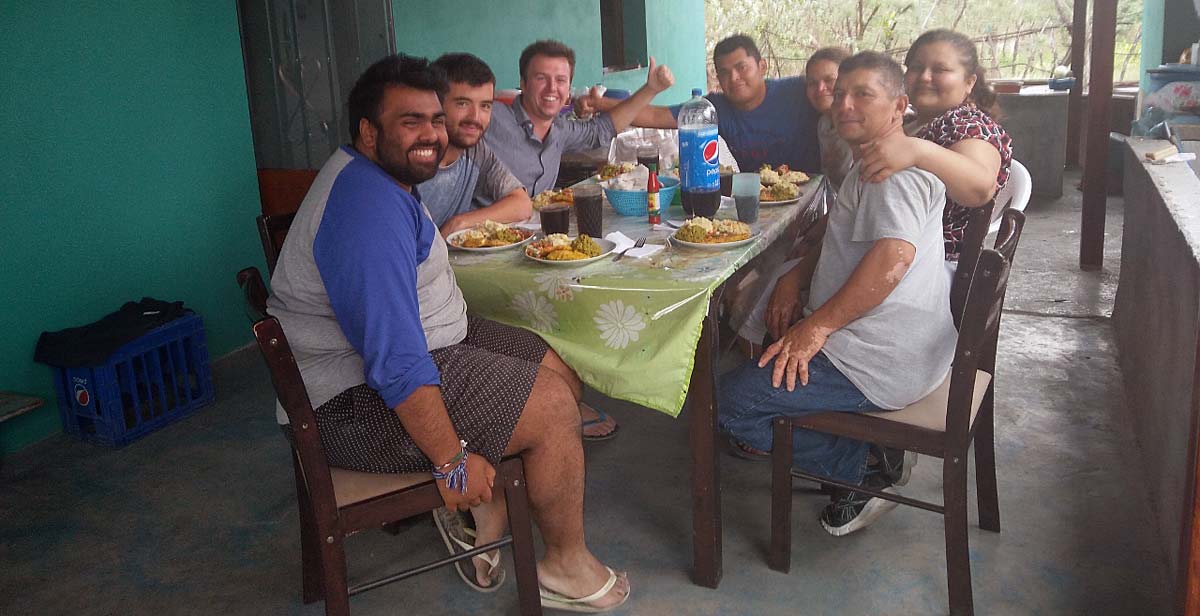 My personal goal before coming to San Benito was to try and make the school the social heart of the community and make it not just a space for children to learn but also a hub for the community to develop, share and enjoy. This has been a challenge in parts but with the hard work of the community liaison team, some gentle persuasion and the new marketing technique of going to people’s homes and inviting them personally, we have seen this change and, more than any previous cycle, the community has engaged in our events and we hope this continues after we go. One teacher described our work as bringing colour to the community. 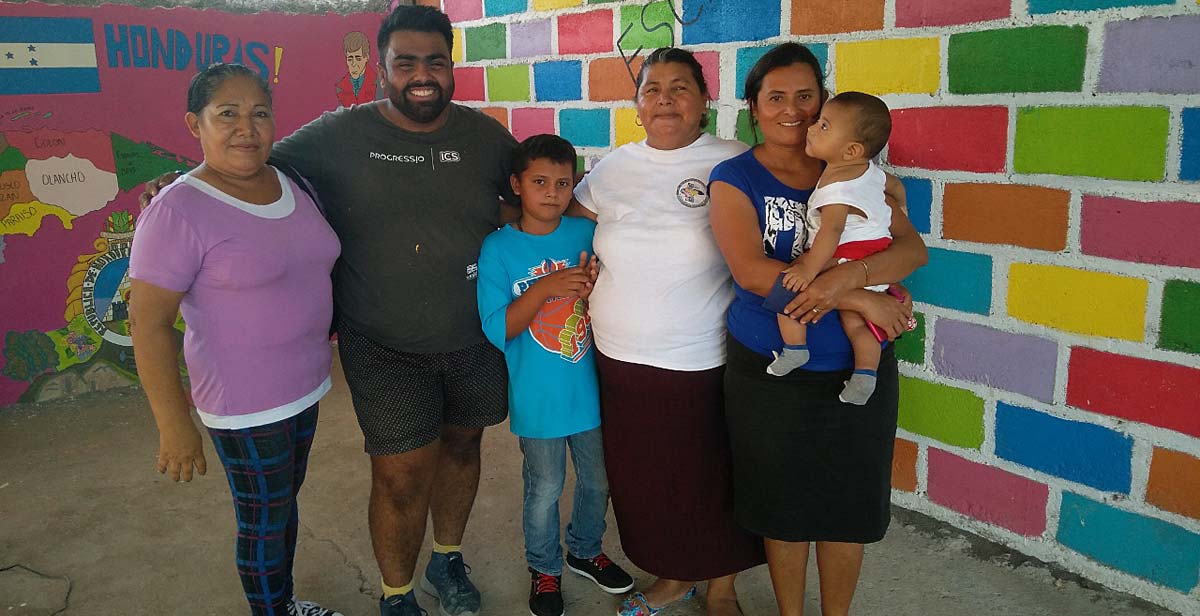 Over the last three months, we have tried to build on the work from the two cycles previous to us and do our best to bring a sustainable change to the Arely Azucena School in San Benito. This change has now reached out to the community and as my host father quoted, “the work that has been done has increased the self-esteem of the whole community”. This change has come about due to the work of an incredible team of volunteers who have given their all to be this force of change in the community of San Benito. It’s been an intense few months but through the highs and lows, good things have come. We hope that the work we put in now is the catalyst to continue this positive change in San Benito. I hope that the school we have left behind inspires the children and the community to work for a better future, knowing all the UK volunteers have taken San Benito with them in their hearts.