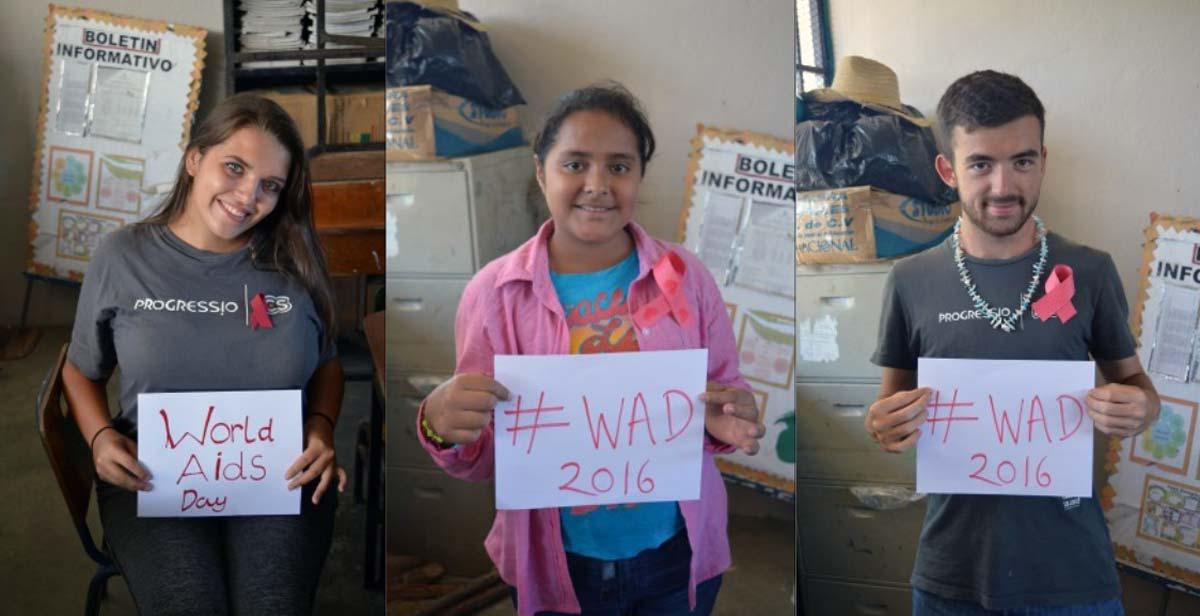 1 December marks World AIDS Day, and to acknowledge the significance of this day, I decided to look into the affect that HIV and AIDS has on Honduras, as well as the impact it has here in the rural community of San Benito. I first began looking at some facts and figures that reflected on the country as a whole, comparing this where I can with the situation in the UK. The statistics make for an interesting read and below I have highlighted some key points.

Honduras has the highest HIV prevalence among countries in Latin America, with infection rates of 1.5% within the adult population (The Global HIV/AIDS Programme). Approximately 28,000 people are currently living with HIV in Honduras (Global Alliance on HIV - Honduras). This equates to about 0.4% of the population, whereas in the UK 0.2% of the total population are living with the infection (Global Alliance on HIV - Honduras). On first glance, there doesn’t seem to be a huge discrepancy between these numbers, however the situation between the two countries is quite different, as the UK has generally seen a decline in cases over the last 10 years (HIV and AIDS Statistics). 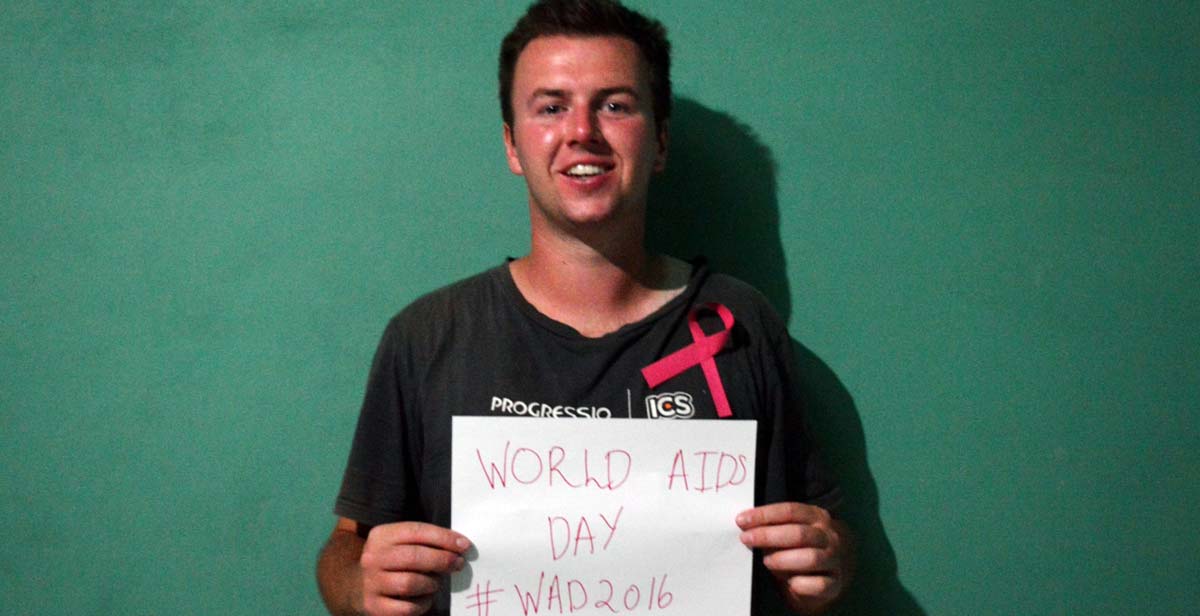 However, Honduras over the last 20 years has continued to see a slow but steady increase in diagnoses (The Global HIV/AIDS Programme, The World Bank). Over the last two decades the rate of infection has increased significantly amongst children, and in more recent years a significant increment has been observed among women (Global Alliance on HIV - Honduras). It is estimated that 90% of infections occur through sexual transmission (Global Alliance on HIV - Honduras), and although cases are reported throughout the country, prevalence is highest in Tegucigalpa and San Pedro Sula (Epidemiological Fact Sheets).

The tentative nature of HIV and AIDS lends itself to be a potentially sensitive and difficult topic to talk about. This is especially true when addressing the subject in a foreign community, which is culturally very different to back home. However, after almost two months in San Benito, some other UK volunteers and I felt comfortable addressing the topic with a few of the national volunteers. We didn’t want to dive too deeply into the subject in order to avoid causing any offence or upset, although we did ask questions about the prevalence of HIV in the area, as well as trying to find out what they thought were some of the potential contributing factors to the cause of the issue. 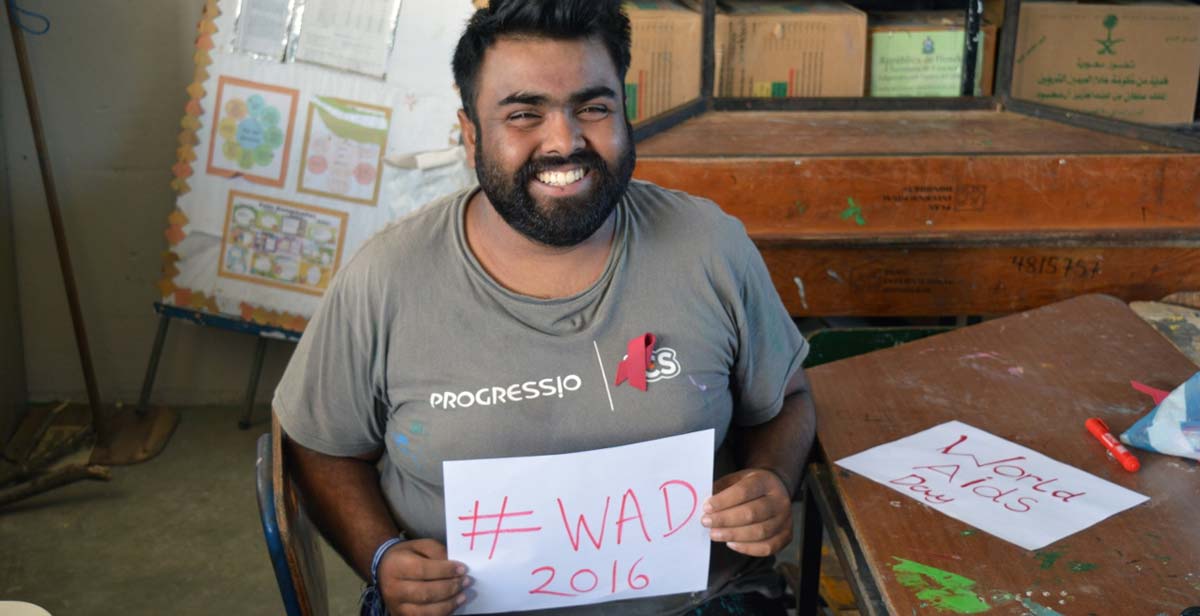 The national volunteers we spoke to echoed the point that had become apparent during my research; that HIV and AIDS seems to be a much bigger problem in more urban areas, especially in the large cities such as Tegucigalpa and San Pedro Sula. The figures definitely reflect this, and when I asked why this is the case, one of the volunteers explained that this was mainly due to the high number of sex workers in these areas. I went on to ask whether or not protection was readily available throughout Honduras. They explained that condoms were available in a lot of stores, even in the small corner shops here in San Benito. However, one of the national volunteers went on to say that protection was not widely used, despite it being available.

Finally, I asked whether or not the national volunteers in question knew of anyone who had contracted the virus. One of the volunteers said they knew one woman who was sadly living with HIV. That particular answer hit home as it really illustrated the wide reach of the HIV and AIDS issue in Honduras. This is in stark contrast to us UK volunteers, as between us we do we do not know of anyone living with the virus.

Having briefly looked into the AIDS epidemic in Honduras, it is clear that the situation is very complex and therefore it is difficult to construct and implement effective solutions. Thankfully the Honduran Government has recognised HIV and AIDS as one of five health issues that receive priority attention and funding. Honduras has been promised more than USD$40 million from the Global Fund to fight AIDS, Tuberculosis and Malaria, and has so far received approximately USD$14 million of this to help implement its long-term health goals (The Global HIV/AIDS Program by The World Bank). Over half of this money thus far has been specifically used to help tackle HIV. 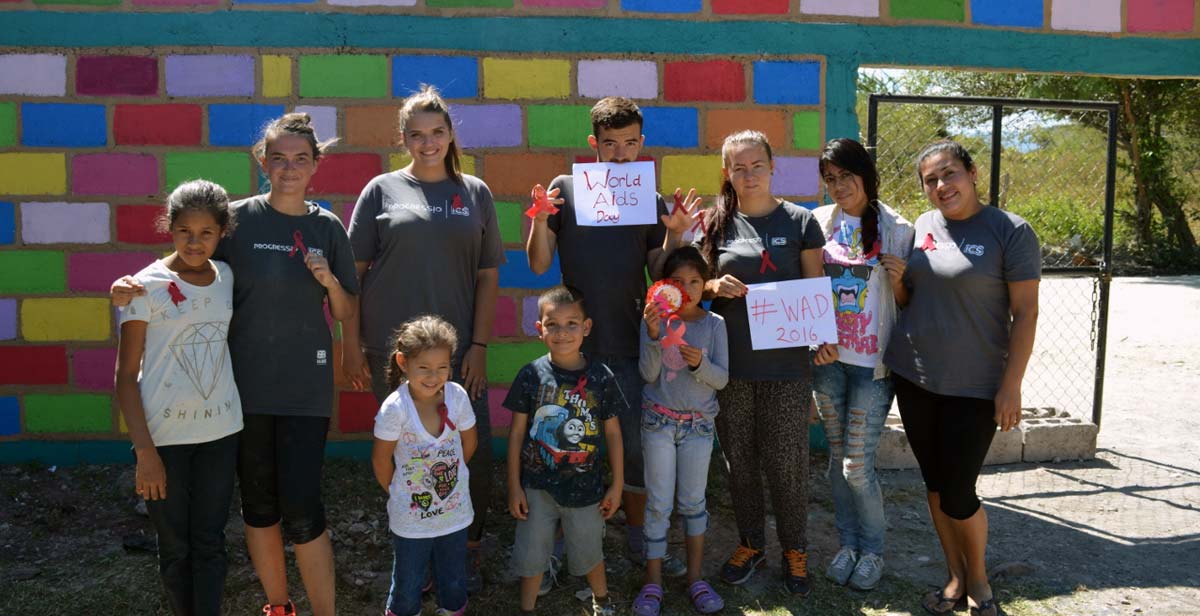 Although it is promising to see action being taken in order to tackle the AIDS epidemic in Honduras, it is important that the government and the people themselves look to find the most effective ways of investing this money. Money of course needs to be used to improve medical care given to those living with HIV, however, I hope that the money invested is also targeted at raising awareness of the problem and educating people more about the workings of it. As a result, it is hoped that by a greater awareness, Honduras can move more from treating HIV and AIDS and start to concentrate more on prevention.

1. The Global HIV/AIDS Program by The World Bank - Building on Evidence:  A Situational Analysis of the HIV Epidemic and Policy Response in Honduras