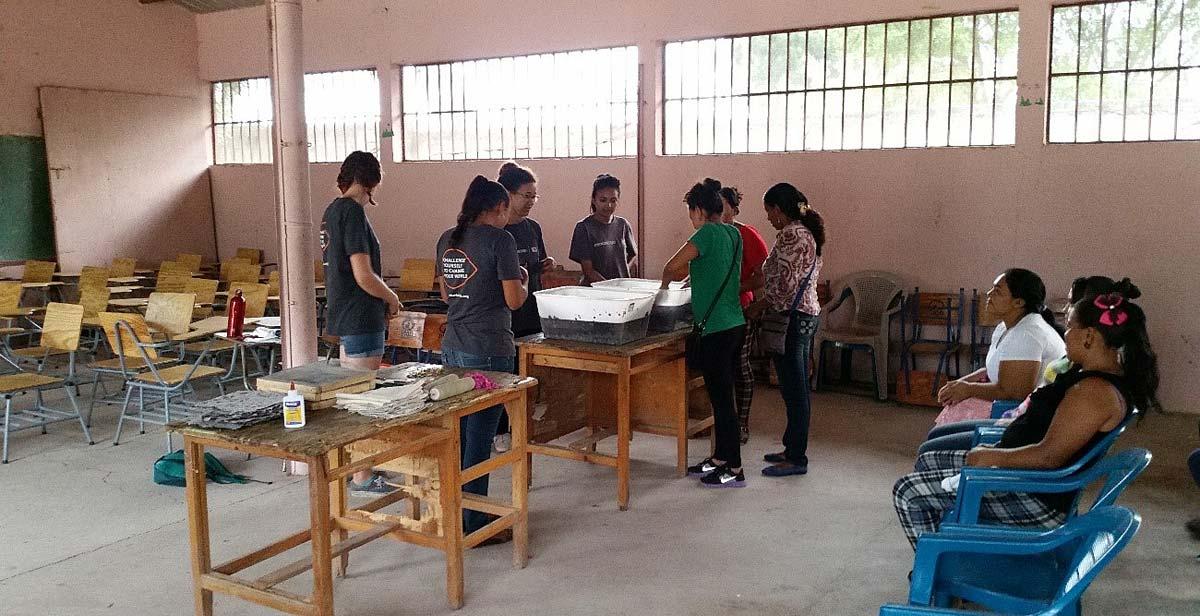 5 June marks World Environment Day, but here in Honduras Day of the Tree is celebrated on 30 May, and the two naturally go hand in hand quite nicely. Lately, our team here in Honduras, has had the environment around us on the mind quite a bit, especially with these occasions coming up.

The environment here in Honduras can be quite spectacular, particularly higher up in the hills. However, take a closer look, and you will notice that among the trees and the bushes there lies a few crisp packets, maybe a plastic bottle or two. Unfortunately, litter here is more abundant than anything else we have come across. It’s definitely one of the biggest issues, but it’s certainly being addressed to some degree. Before we arrived, our school in Villa de San Antonio had held a small recycling campaign, with tentative results. We decided that more could be done here in our community, and set about putting our own recycling campaign together. We decided that we should tackle two problems at once, littering, and the lack of recycling basic materials, and with that in mind, we went with plastic bottles and paper as our materials of choice. The aim of this campaign was to raise awareness that there are plenty of uses for things after you finish with their intended use, and that hopefully, the result will be a nicer looking environment to be in, and a bit of a stronger community bond through the form of collective activity in bettering your surroundings.

In the end, the campaign was a resounding success, using the materials gathered by all of the school classes, we held an event inviting the parents of the school children to help us reuse the paper and bottles. We shredded the newspapers (by hand, a very lengthy process!), which was then made into a thick block of paper, which can be cut at a later date to make sheets of paper. For the bottles, we had them washed and cleaned, and then a small mixture of water and paint added, using a variety of colours of course. These are very soon going to be tied together and suspended over the entrance way of the school, to make a decorative coloured canopy. 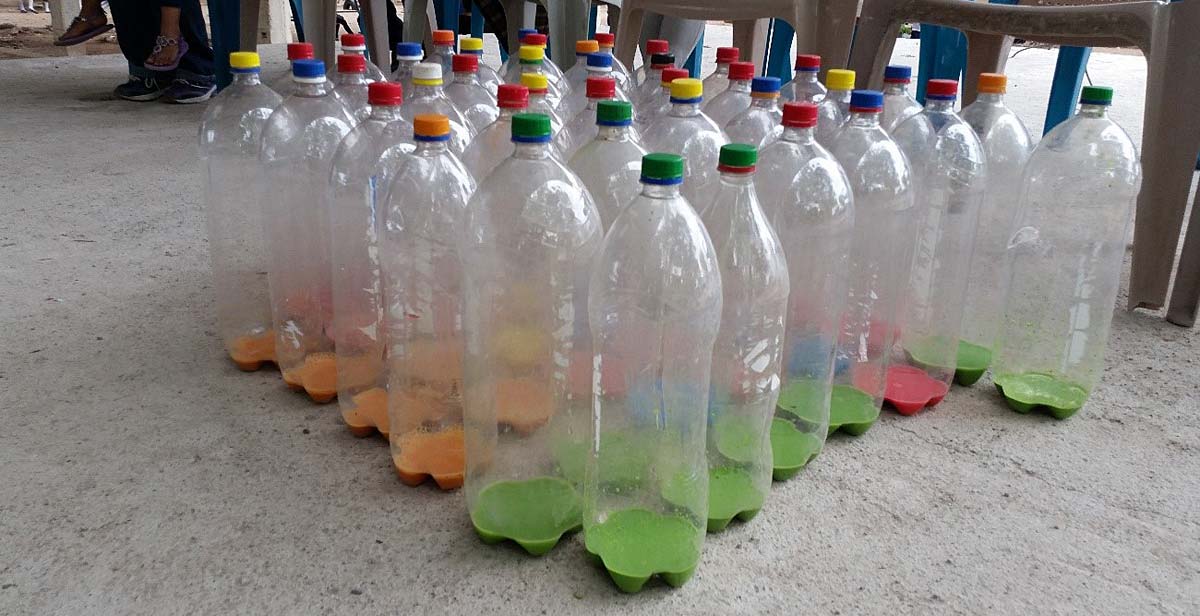 We will have further recycling campaigns to happen later on down the line, the next one involving reusing tyres, but those campaigns are not fully realized just yet. However, something to happen first is Day of the Tree, and as of the time of writing, this hasn´t happened just yet. Here in La Villa, for Day of the Tree, we plan to touch up an area in the school, and plant a tree or three. While this hasn’t happened at the time of writing, it will by the time this blog is posted, and hopefully there should be photos of the event to follow not long after, so look out for those!

The environment is a fragile thing, and it is clearly evident here in Honduras, but we’re trying our best to make steps to improve it, and even small steps count for something.