Home » Nicaragua: From El Niño to La Niña in one week

Nicaragua: From El Niño to La Niña in one week 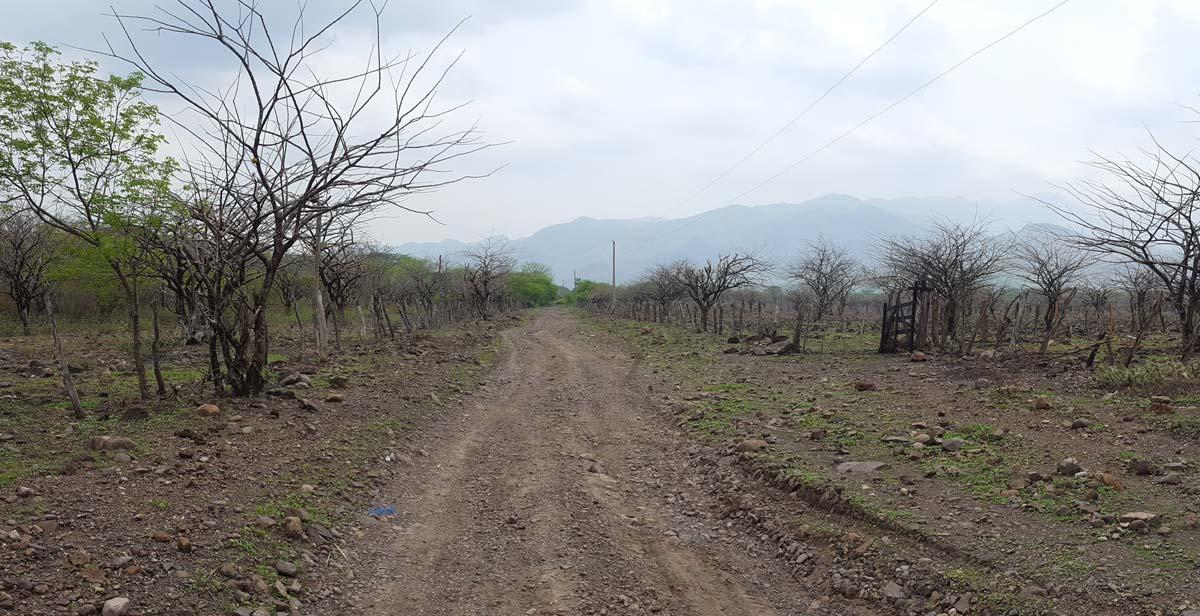 When I arrived I hadn’t anticipated the extent of dryness surrounding Parcila. I knew the water supply to the community had been limited to fifteen minutes a day, but I didn’t realise how much the drought would have affected the landscape. We came from Managua, which sits next to one of the biggest lakes in Nicaragua, so the surrounding region is reasonably well hydrated. In contrast, the trees in Parcila look fit to crumble, with dark spots on them like partially burned logs on a fire. My first instinct was to feel guilt for the damage we (as part of the developed world) have inflicted upon the environment to cause such dramatic weather patterns, and as we’ve entered the rainy season, I’ve begun to understand our situation more in depth.

This area is part of the ‘Dry Corridor’, so geographically it is expected to encounter hydration issues, but due to the ‘El Niño’ phase, the past three years have endured a severe drought.  This means that the lagoons have withdrawn and the local river has entirely dried up. For the majority of us in Britain, a drought means a few more days in the park to work on your sunburn with a single use BBQ bought from your local Co-op, whereas here it means the failure of a harvest and therefore that year’s income. This isn’t to say that agriculture in Britain isn’t affected, because of course it is, but more that in developed areas it is possible to access alternative remedies or even simply running water.

It is difficult to pin-point whether this is entirely due to global warming and, as I don’t yet have a doctorate in the subject, I can only speculate. However, what is clear is that this region used to rely on very clean cut wet and dry seasons, but now the weather’s punctuality has gone MIA (missing in action). Traditionally, the 1 May would quench the dry season’s thirst, but now the rainy season might not come until June or July, which shortens the rainy months considerably, leaving less water stored in the ground for the dry season. Droughts aren’t a new phenomenon, but what has changed dramatically for the locals is the unpredictability of the rain; last year my host family’s crops failed because the rain didn’t come, meaning they had to buy in their food for this year, as well as manage a deficit in their limited income. It also meant queuing for water at the well, whereas at home we have water on demand at the turn of a tap.

It rained for about twenty minutes in our first week here (the sort of rain that would hardly be noticed in Britain, but here seemed like a little phenomenon), so we expected to feel some sort of elation from the locals at the onset of supposedly much needed moisture, but no-one seemed to be excited. We later found out that the concern doesn’t necessarily seem to be the actual lack of water, more the erratic nature of the seasons. The sporadic rain showers don’t actually benefit the ecosystem here because the plants and trees have evolved with clearly defined dry and rainy seasons. The rainfall disrupts the growth of some of the fruit that matures around this time. 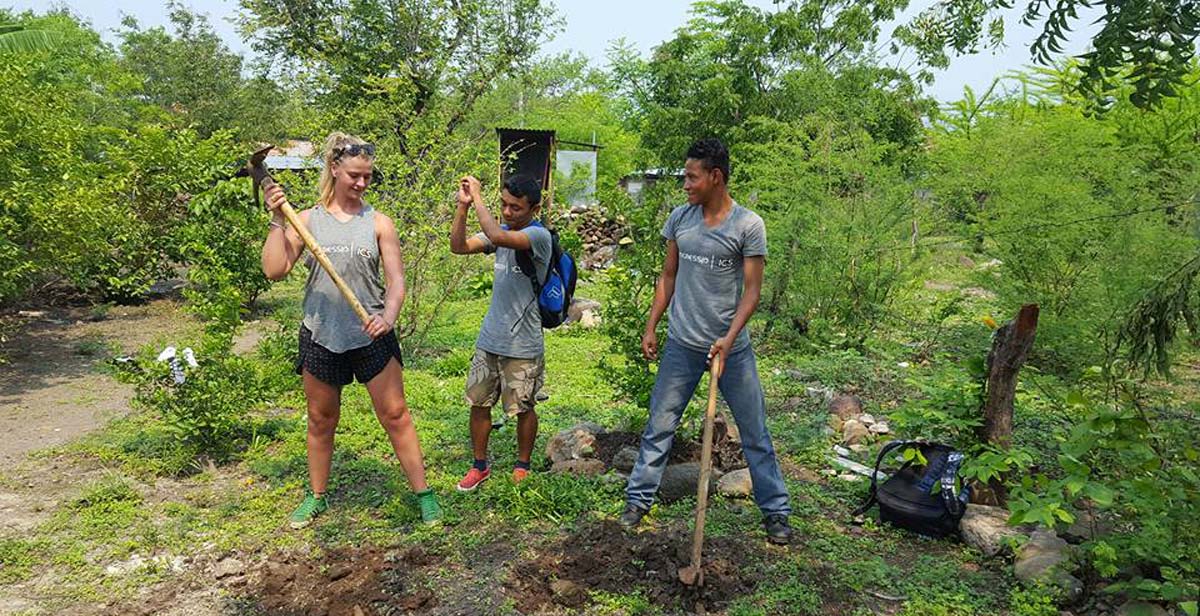 Since our first impressions of Parcila, we have experienced some pretty incredibly weather. After three years of ‘El Niño’, it would appear we’ve entered immediately into a ‘La Niña’ phase, meaning a lot of unscheduled rain. This began in early April with a few exciting thunderstorms that bring with them maybe 40 minutes of rain fall. Enough to hydrate the surrounding fields as well as a good spectacle to watch. Our biggest storm yet happened in the middle of the night with a ‘The Day After Tomorrow’ esque experience, which was pretty disconcerting. With memories of our discussion of 1996’s Hurricane Mitch fresh in my mind, I couldn’t help but imagine the water level slowly creeping higher and higher until it spills onto our bedroom floor. I spent my youth under the corrugated iron roofs of farm buildings, so I’ve heard my fair share of how this material emphasises rainfall, however the rainstorms here are incessant, somehow much more terrifying than January in Scotland. Since this first major storm we get almost daily thunderstorms, but not usually as strong. This is typical of the La Niña weather pattern and stands in stark contrast to the past three years.

As a result of this sudden change, we’ve been lucky enough to witness the benefits of the new rainfall. Our water is running almost all day now and there is a small stream in places where the river should be. In addition, the trees are growing some small green leaves and the ground is home to hundreds of little green shoots. The downside to this dramatic transformation is that typically during heavy rain periods the electricity can be cut off, so even as I write this blog post I can see the battery level drop below 30 per cent with no means of recharging. However it seems a small price to pay in relation to the past three years. 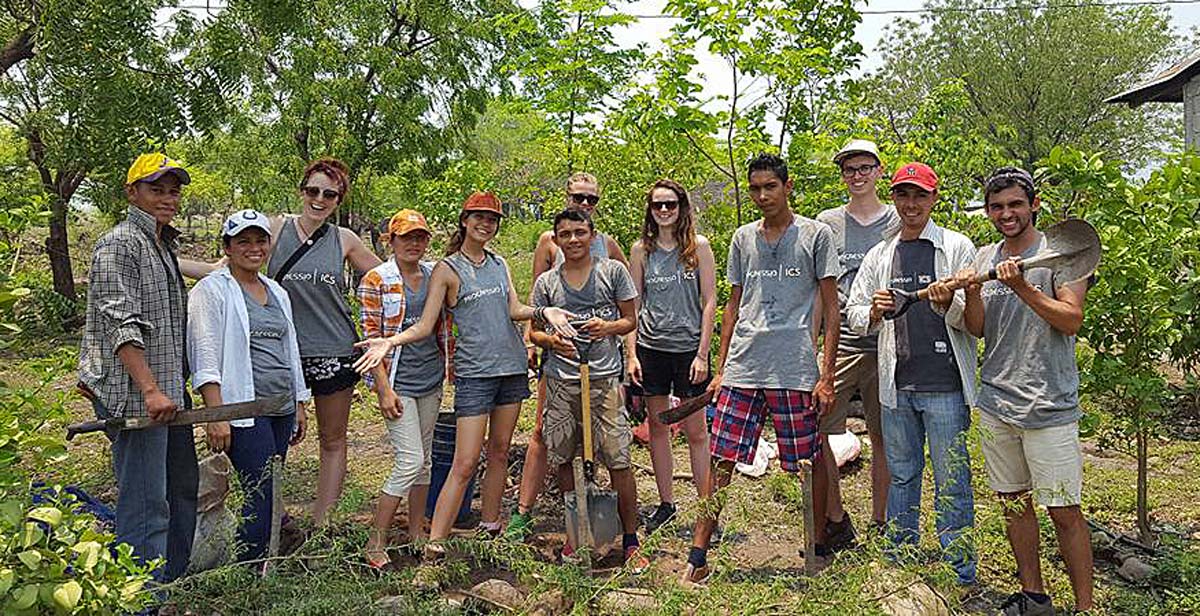 I’ve come to realise that our project here is important because it doesn’t just teach about climate change, it teaches sustainable living too; the idea is that worldwide we need to be more conscious of the natural resources we exhaust. Deforestation in Nicaragua is a huge problem, so we must build eco-stoves to reduce the amount of trees chopped down for fuel. The more trees we can keep on the land, the more water that gets absorbed into the soil and stored under ground. Equally, during heavy rainfall the trees will help hold the land together and improve the condition of the surrounding area, not to mention their magical oxygenating power. Despite the water here being contaminated with arsenic, the water filters we build will allow the locally sourced water to be consumed safely. Climate change has already drastically altered the usual weather systems here, but with a little education we can all learn how to use the resources around us more responsibly to minimise our impact upon the environment.