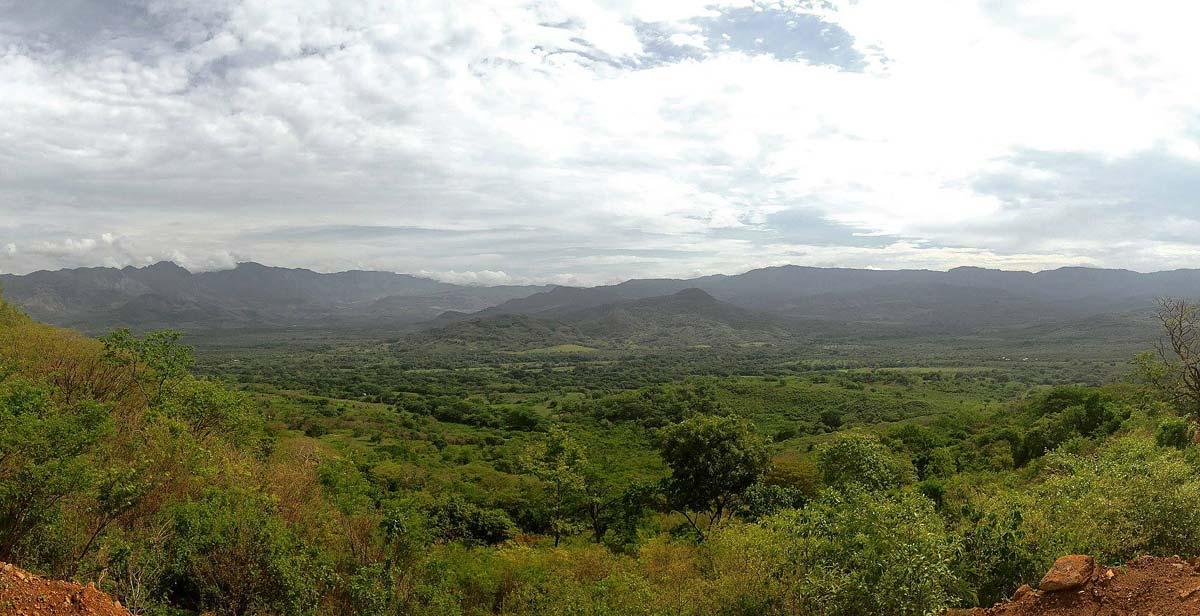 Nicaragua is home to outstanding natural beauty and an incredible array of wildlife indigenous to this area and protected in national reserves. Unfortunately, it is also known as one of the most impoverished countries in the Western Hemisphere. In an apparent attempt to abolish their financial troubles, the Nicaraguan Government has signed a contract with Chinese telecommunications billionaire, Wang Jing, to build an oceanic canal from the Pacific to the Atlantic (similar to the Panama Canal), but also cutting through Lake Nicaragua. To fund this the government has given Jing’s ‘Hong Kong Nicaraguan Canal Development Investment Company (HKND Group) a 50-year concession over the project with a chance to renew for another 50 years on top of that. As a result, Nicaragua won’t be in control of this vast area until around 2114.

The government claims that this super canal will lift 400,000 Nicaraguans out of poverty by 2018, and considering that three quarters of the population lives on less than USD$2 a day, this could be a somewhat overzealous prediction. Whilst these 400,000 citizens are being lifted from the poverty line, researchers at the Humboldt Centre in Managua ‘estimate at least 109,000 people will be directly affected by the mega-project’ through displacement. Included in the 109,000 people who will be directly affected by the canal are the indigenous communities of Nicaragua who live in the nature reserves that form part of the Mesoamerican Biological Corridor (MBC). The MBC, with the slightly more poetic Spanish name ‘Paseo Pantera’, or ‘Path of the Panther’ acts as a natural land bridge from South America to North America to allow the migration of important animal species. It’s a clever and vital development in the face of increased human activity, which has changed natural ecosystems into agricultural farmlands. It represents a necessary step towards lessening the detrimental affect humans can have on their surrounding environment, but as it stands, the new canal could disrupt this ingenuity.

An article published by Brian Clark Howard for the National Geographic a few years ago explores the implications of HKND’s super canal, which extends ‘through forests, reserves, wetlands’, and interestingly, land that is ‘designated as autonomous and belonging to the traditional indigenous populations of Nicaragua's Caribbean coast’. Maybe it’s a result of my Sci-Fi addiction, but the descriptions of ‘construction, major roadways, a coast-to-coast railway system and oil pipeline, neighbouring industrial free-trade zones, and two international airports’ does not exactly fill me with joy. Instead, this mass industrialisation paints a distinctly dystopian future. These plans that will transform ‘wetlands into dry zones, remove hardwood forests, and destroy the habitats of animals, including those of the coastal, air, land, and freshwater zones’ can surely only be described as detrimental to the country. This isn’t sustainability and it’s certainly not conservation; it’s an attempt to dominate our surroundings for a financial gain. But at what cost to our planet? 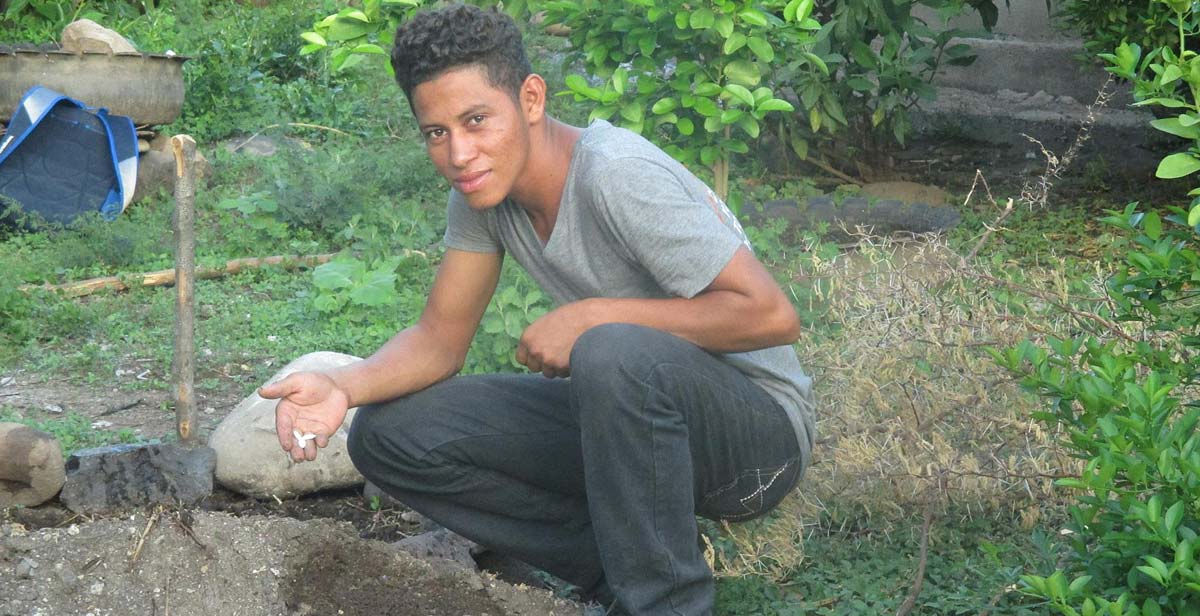 In addition to the eco-warrior fight for conservation, whilst building the new super canal, we will also be destroying areas that are home to some of the oldest human remains to be found in Central America. Howard’s article describes that the Nicaraguan Constitution of 1987 states that the land is ‘autonomous and belongs to the resident indigenous communities’.  Communities, it would seem, who have so far enjoyed a significantly long legacy. However, the government’s agreement with HKND gives HKND the right to take this land as well as its natural resources as it sees fit for the impending project. Those peoples displaced by the project will be ‘reimbursed for their ancestral lands based on the assessment of the lands’ value for tax purposes’. Surely no tax reimbursement can come close to ancestral heritage.  Not to mention that the tax value of the land is so insubstantial that it will be of very little benefit to those being displaced.

Before coming to Nicaragua, the thought of this new canal really upset me. In my mind it is yet another display of how people are prioritising financial gain over the well-being of our planet and therefore the people on it. I couldn’t think of a more effective way to completely annihilate such a beautiful country; by bringing in an oceanic canal that connects two oceans by literally splitting a country apart is an enormous disruption to the land’s natural cycle. Asides from the disruption to animal migration and peoples being displaced, it also risks bringing oceanic water into the largest fresh water lake in Central America, a lake that is home to the only fresh water sharks in the world and that supplies fresh water to surrounding countries. One motive behind the canal is to strengthen the Nicaraguan economy and go some way to abolishing poverty, which is widespread throughout the country. However, from speaking to people here, the worry is that whatever business the canal attracts won’t be of benefit to the Nicaraguan people. This is partly because the companies that might be attracted here because of the canal will be companies from outside of Nicaragua, therefore they won’t contribute to the economy the way a Nicaraguan based company could. In addition, although the canal will create a more direct cargo shipment route, this will result in more exportation than importation, meaning that the resources and products of Nicaragua will no longer go to the people of Nicaragua.

It wasn’t until I spoke with someone from Progressio’s partner organisation here, ASOMUPRO, that I understood the other side to this argument. She taught us that for the canal to go ahead, Lake Nicaragua would have to be entirely cleansed; at the moment the lake is severely contaminated mainly due to waste disposal. In order to use the lake as a part of the canal’s route, it must be cleaned out, which is a lengthy and complicated process that takes many years of work, and probably wouldn’t be completed if it weren’t for the canal plans. In addition, there must always be a supply of water to these lakes, meaning that the river system supporting them will also be protected from dam construction, for example. These lakes are fundamental for Nicaragua and the surrounding countries, so the prospect of their protection is a very positive one, however the logistics of transferring a ship from an oceanic canal to a freshwater lake without additional contamination seems very complicated to me. But I’m not an engineer. 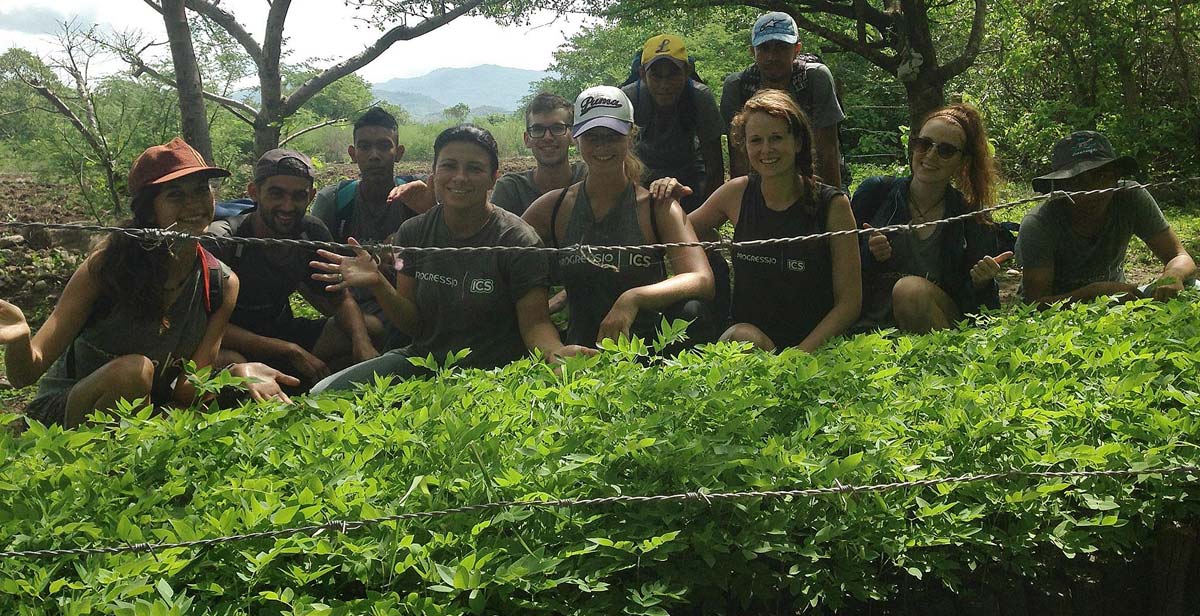 This alone didn’t entirely sway my opinion into thinking the canal is a good idea. What has caused my mind most confliction is talking to young people from Parcila. To me, life here is incredible; I’m surrounded by beautiful mountains, people aren’t addicted to consumerism and they live off the land in a far more harmonious way than anyone I’ve seen at home. However, I’ve realised that it’s easy for me to see this as an oasis because I have the option to go home if I want to, but it’s much harder for those who’ve grown up here because they don’t get the benefit of both worlds. Living in Britain and being born into a family who aren’t on the poverty line has opened up options for me that young people here see as entirely impossible. They don’t have access to the world the way I’ve had throughout my life; instead they’ve been limited to a small section of Nicaragua due to circumstance. It is not to say that life itself here is bad, but with the absence of options, whether life is good or bad, the feeling of entrapment will overshadow it entirely. I can see now that if the canal can open up Nicaragua to the rest of the world in some way, maybe this would be of benefit to the people here.

As of yet, I still cannot decide if the canal is worthwhile. Environmentally speaking, I think it’s a dreadful idea and I think the ecology of Nicaragua will suffer. However, the vast majority of people here are living in poverty with little prospect of development while the economy is so dire. For the sake of the people here, I want the economy to be strengthened so that people have more opportunities. I speak to people who have little access to education but despite this limitation they are so switched on and intelligent and aware of their environment here as well as globally.  It is heart wrenching to see the potential in them that can’t be reached or dreams that can’t be fulfilled because they just don’t have the means to leave their community or country. So many young people feel frustrated and limited so want to and try to leave Nicaragua because they see it as their only opportunity to gain any kind of freedom and independence, but without savings and sponsors, moving country legally is very difficult. If the canal can attract business and therefore money to the economy here, maybe it would be beneficial. I don’t want money to be the answer but the reality is that it could give people here more options. However, I get the sense that most Nicaraguans have absolutely no faith in their government with no hope for changing it, so the money might not be distributed in a way that is beneficial for the majority. For example, at the moment the government is focusing hugely on tourism rather than the comfort and security of its own people. This again is obviously to generate money for the country in the long term, but it must surely create a sense of abandonment within the people here. 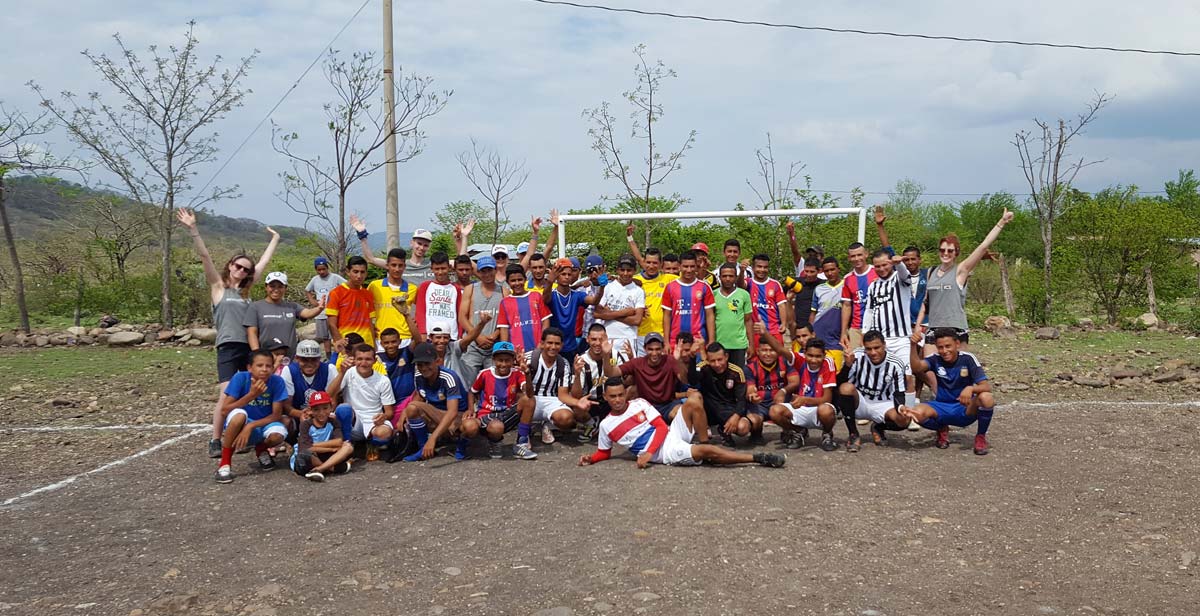 Regardless of my opinion, it seems that the canal will be built. It may be happening much further into the future due to the extremely complex negotiations that have to take place before construction, but nevertheless it is happening. It is impossible to predict the exact effect this project will have on Nicaragua, so I am intrigued to find out. I just pray that it is a balanced, positive addition to this beautiful country.