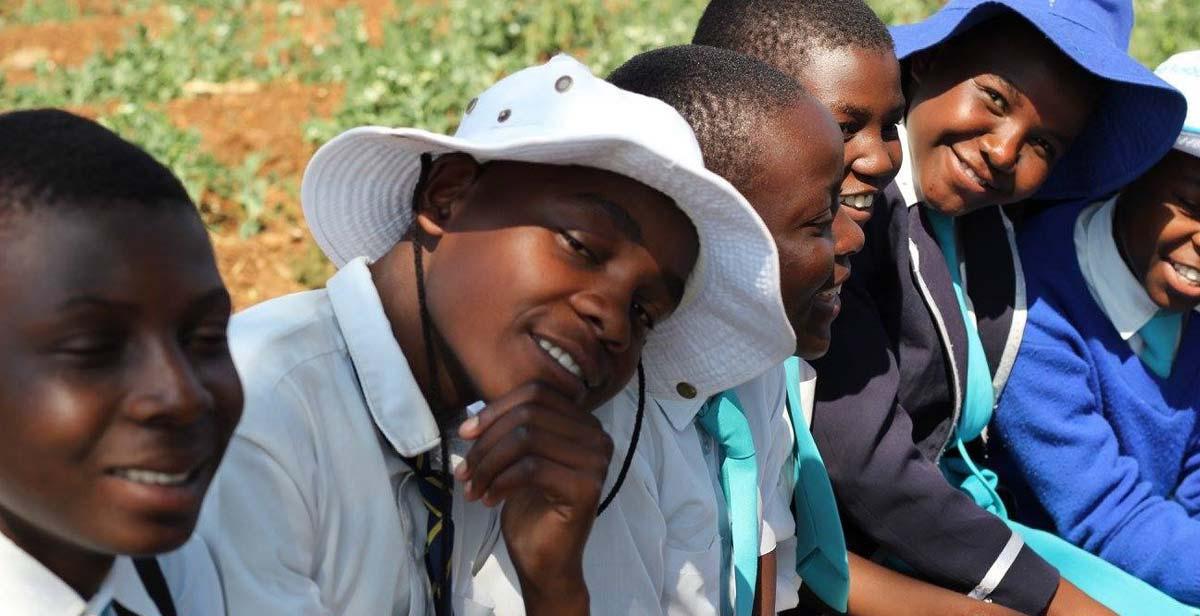 Students from Nketa High attending a workshop delivered by the team

In June 2016, I was given the opportunity, along with around 30 other UK volunteers, to spend 10 weeks in Zimbabwe doing HIV and AIDS related work with Progressio, under the ICS programme. We were all assigned to different areas and organisations with different projects; mine being ‘Team M.A.C’, where I worked with the Matabeleland AIDS Council, six other UK volunteers, and seven Zimbabwean volunteers, throughout Bulawayo.

The Matabeleland AIDS Council covers five districts in Bulawayo, with a team of 11 counsellors, targeting anyone from the age of 16+, offering HIV tests and counselling and sexual reproductive health services. Our job was to raise awareness of HIV testing and its importance in schools and youth centres, as young people are becoming more likely to contract HIV in Zimbabwe because of issues, such as substance abuse and ‘sexual networking’ at Vuzu parties, where school age children take drugs and have unprotected sex.

We all lived in the same neighbourhood with a host family, which was a great experience due to the cultural exchange, as we were immersed in Zimbabwean culture and were part of a community rather than visitors. The culture shock was definitely something to get used to, especially adjusting to the working hours of the day in Zimbabwe, which meant we fell asleep by 9pm each day without fail! 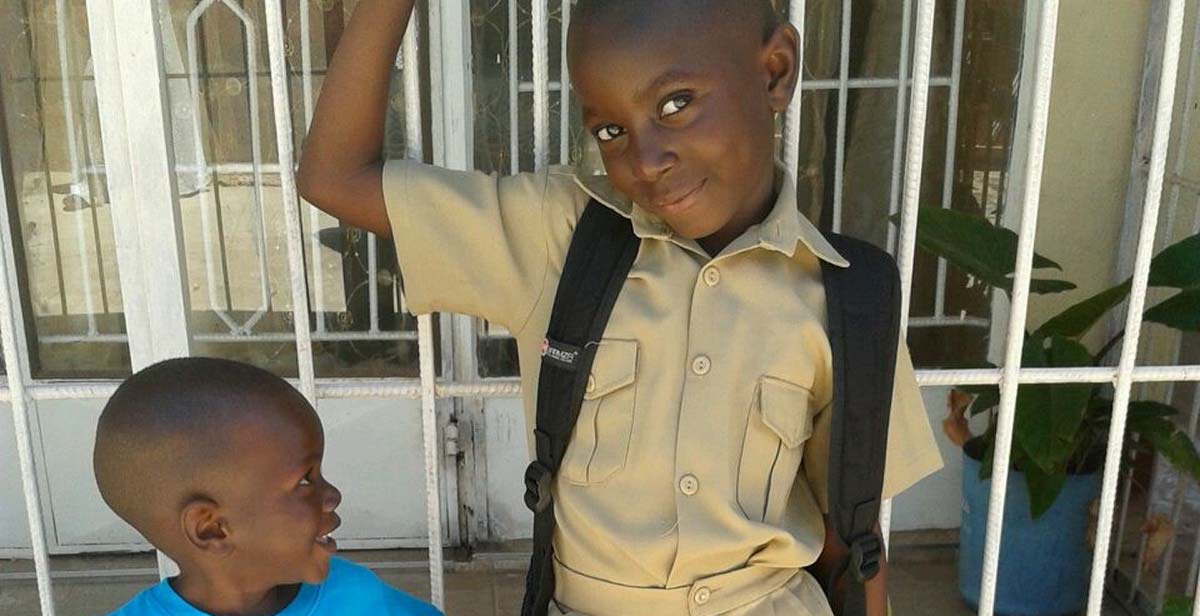 We were tasked with giving the marginalised a voice to influence and impact the negative connotations that come with HIV, as although 1 in 7 Zimbabweans are HIV positive, stigma still abounds. As part of our orientation training, we were taught about Zimbabwe as a whole before honing in on the HIV and AIDS epidemic it faces. Zimbabwean volunteers taught us about the culture, traditions, languages spoken (Ndebele or Shona), and even gave us Ndebele names, with mine being ‘Lubelihle’, meaning ‘beautiful flower’. We also learned basic Ndebele, such as how to say ‘Hello’, which was ‘Salibonani’, or ‘How are you’, which was ‘Unjani’ or ‘Linjani’ depending on whether it was singular or plural (elders were usually addressed in the plural form).

HIV and AIDS across the world

Firstly, we learned about the difference between HIV and AIDS: HIV is a virus that affects the immune system and weakens it (developing to AIDS once opportunistic infections take hold), whereas AIDS is the disease (when a collection of illnesses are present in the body concurrently). Once we had learned about the difference between HIV and AIDS, we were told that the main causes of HIV contraction in Zimbabwe were unprotected sex (92%), mother to child transmission (7%) and the sharing of sharp objects (1%). We then did some myth busting, where we were taught about how HIV is transmitted and what bodily fluids are carriers etc., and tested our knowledge to make sure we were up to speed.

This was interesting to learn about, as in the UK there are over 100,000 people living with HIV, with 6000 - 7000 diagnosed each year. Of those infected, a quarter do not even know they are infected, and at least 900 school-age children are currently living with HIV. Despite many of us seeing HIV and AIDS as a problem for other societies, it is much closer to home. Where I live, in Lambeth, the HIV prevalence rate is the highest in any London borough, and London has the highest prevalence rates in the country, even though there is very good quality of care. This made me question why HIV isn’t taught to us in school along with sex education, as it is in Zimbabwe. HIV and AIDS clearly is a problem in Western society if no one thinks to get tested or knows much about it - there are even adverts calling for people to check their status as the turn-out is so low. 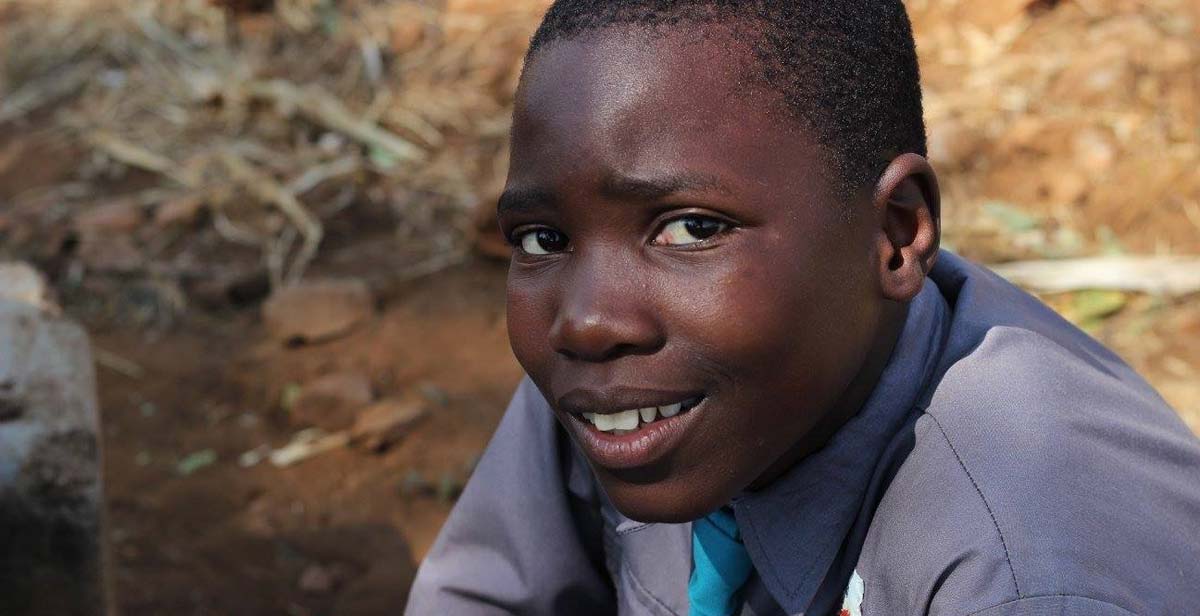 Globally, an estimated 36 million people have the virus, and of those only 40% (14.4 million) had access to anti-retroviral treatment in 2015. In Sub-Saharan Africa, HIV and AIDS is the leading cause of death, and the epidemic is considered the most serious in the world. Southern Africa, where Zimbabwe is situated, is the worst affected region and is widely regarded as the 'epicentre' of the global HIV epidemic.

Zimbabwe has the 5th highest prevalence rate in Sub-Saharan Africa, and the 7th in the world. Though HIV is no longer a death sentence, attitudes still have a negative effect on those living with it. Discrimination based on common misconceptions and subjects being taboo means communities aren’t being provided with the vital information that they need to understand or even share their experiences with HIV and AIDS.

The Zimbabwean HIV epidemic is largely driven by unprotected heterosexual sex. However, there are now growing epidemics among other groups, such as homosexual men, sex workers, young people, those with multiple concurrent partners (known as sexual networking), young women who have sexual intercourse with older men (intergenerational relationships) and married women whose partners refuse to use condoms (Zimbabwe is a very traditional, patriarchal society) and/or work abroad. 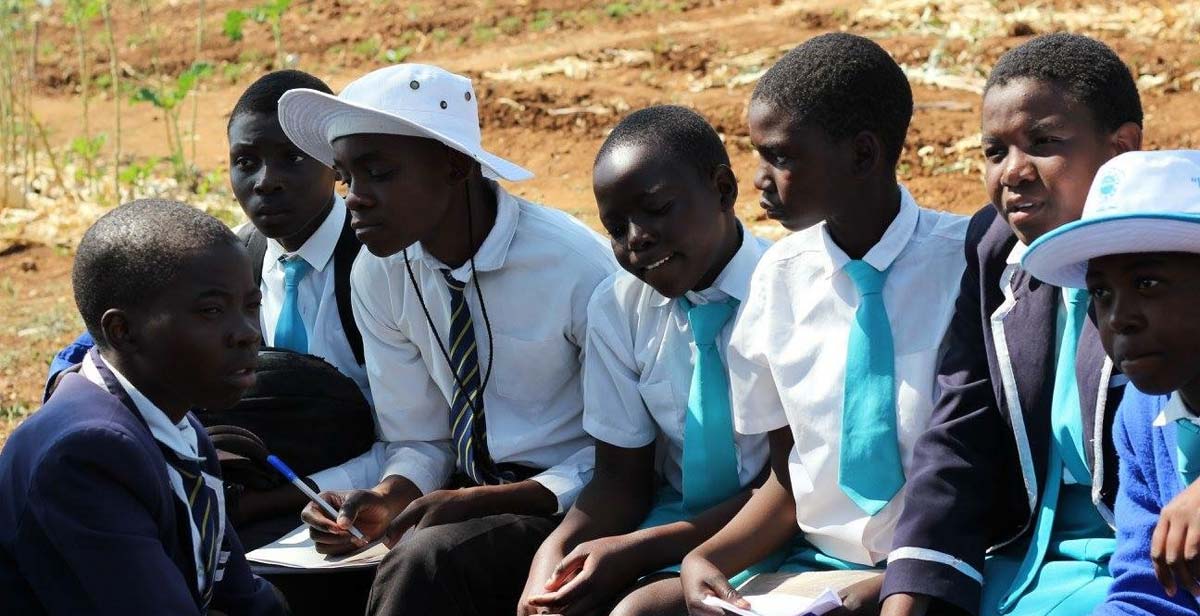 Once we had learned about HIV and AIDS, we began to plan activities and brainstorm ideas for a big event, such as a Sports Day, Music Gala or Service Field Day, where people could come from all over Bulawayo and learn about HIV and AIDS in a relaxed, fun setting.

We had to consider the costs of each workshop, from budgeting for transport, project size, activities and refreshments to stationery used, and analyse stakeholders to gauge participation levels and forge relations. Our Monitoring and Evaluation team considered whether our targets were feasible and achievable, and cross examined registers to make sure we were reaching our targets.

We also did a needs assessment, as we had to be sure that each workshop was suited to each school/youth club (as they all had been taught different things on different timetables), and that time was managed, as our participants were usually late, and we had to be sure that everyone got the info. This proved difficult, as we usually had to change our plans at the last minute because of late arrivals and either rush through it only touching on the main points, or cut parts off completely to be touched upon at a later date. 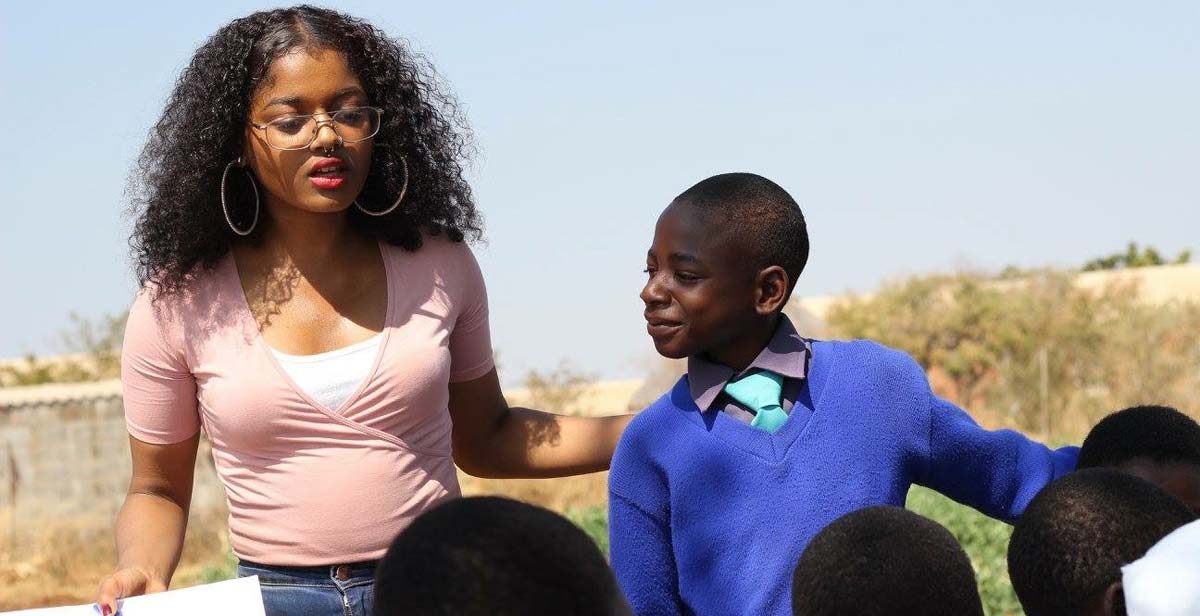 I had the role of Community Liaison, where we visited schools to inform them of workshops and ask what they wanted us to cover in our sessions. Then we fed back to the rest of the team, where we created surveys and quizzes based on feedback and practiced our facilitation skills. I also had the chance to be the chair in a visit to Nketa High, where we played educational games about HIV and role-played situations.

Regarding poverty levels, we taught young people about low-input gardening as a way to feed themselves and their families, as well as make a living despite the financial climate. These sustainable living skills, as well as the condom demonstrations, free condoms and pamphlets we handed out, meant that our workshops were accessible to all regardless of their economic or social standing. 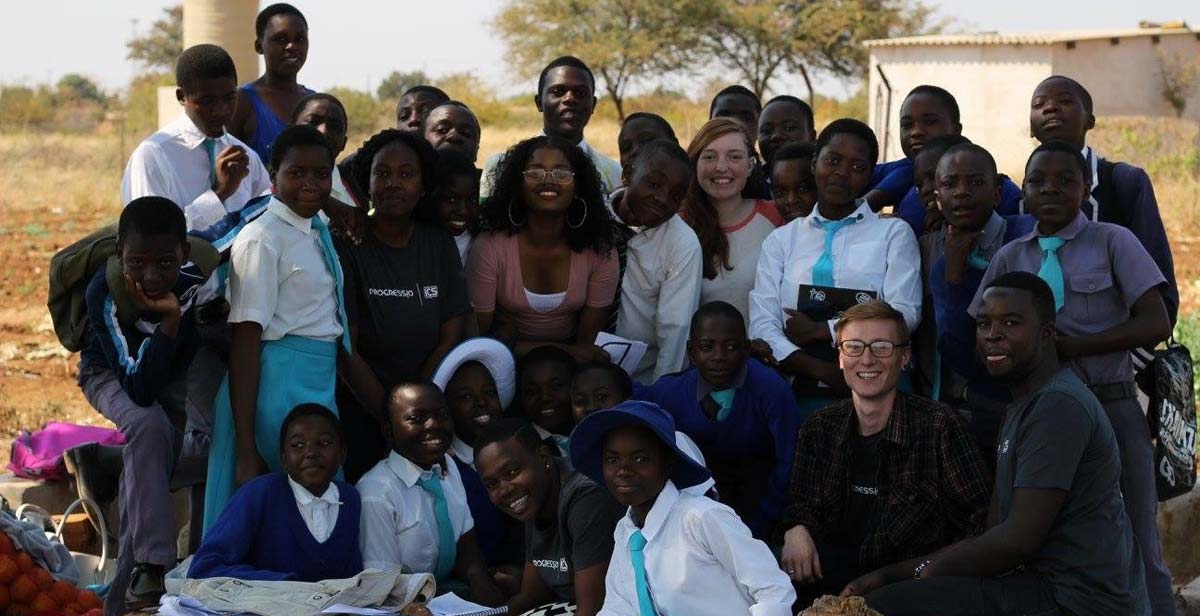 Overall, I found that our project was very useful to the communities we stayed in. Though we didn’t stay for the entire 10-week placement due to difficulties, the four weeks we stayed there set a precedent for change to happen, which our Zimbabwean volunteers and our organisations continued for us on our return back to the UK. As a group, we helped educate and empower many young people (and made friends for life) who we shared great memories with, while helping others.

Check out this video by fellow teammate Lydia Daintith shot on placement.