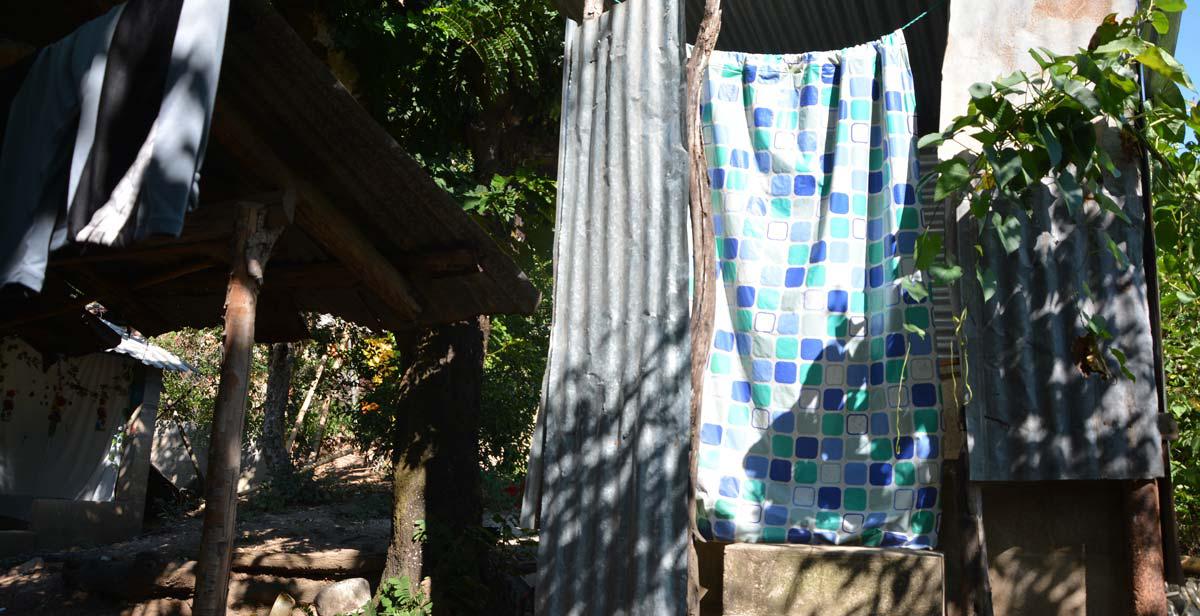 An outside view of the compost toilet

Founded in 2013, the concept of a ‘World Toilet Day’ seems simply laughable to a group of 20-something-year olds from the UK. That is until they are flown halfway around the world and faced with the shocking reality that around 2.4 billion others face with regards to sanitation and waste disposal. Being from the UK, or indeed almost anywhere in the western world, such facilities are often taken for granted. It takes a drastic life change, or I suppose an ICS placement, to make one truly realise the importance of toilets and sanitation disposal.

World Toilet Day, established by the United Nations, is representative of one of the seventeen Sustainable Development Goals. These goals were launched in 2015 as part of a UN initiative officially titled ‘Transforming our world: the 2030 agenda for sustainable development.’ These targets aim to tackle poverty, environmental issues and ensure sustainable prosperity. Specifically, World Toilet Day is dedicated to tackling the global sanitation crisis, a subject often overlooked or tabooed by those who take such facilities for granted. Its aim is to ensure that everyone, worldwide, has access to toilets by 2030. Although the sanitation development within El Salvador may be considered somewhat more advanced when compared to some other countries, there is still a drastic difference when compared to sanitation standards in the UK. These differences range from disposing of used tissues in a bin, rather than flushing them, to the use of compost toilets, the latter found in the majority of the volunteers’ host homes.

Something overlooked by many of the volunteers pre-placement was the conditions of the toilets, or lack thereof. It’s safe to say your first compost toilet experience will be confusing yet memorable; ´which hole do I use?’ ‘Is it supposed to be leaking?’ ‘Where does it go?’ ‘Perhaps I shouldn’t have looked where it goes...’. As confusing and potentially disturbing as your experience may be, compost toilets offer many benefits over the standard issue Western toilets when it comes to protecting and preserving the environment. Often described as ‘dry toilets’, composts use predominantly aerobic processing in order to break down waste. They use little or no water, such as the ones in Arcatao, El Salvador, and are often found in conditions where water isn’t readily available and sewage systems are not in place. The waste falls a meter or so down the drop toilet and every few days is covered with sawdust, peat moss or other substances in order to facilitate aerobic processing and most importantly reduce odour (Though the success of odour reduction is questionable when you’re squatting in a humid, 35° tin shack). There are two toilets in one room and they are used on a monthly rotation in order to facilitate the breakdown of waste and ensure they don’t overflow. The end product of the compost toilet can then be used for horticultural or agricultural soil enrichment, which is to say, the majority of the vegetables eaten here are probably grown from the product of my neighbours’ bowels. But, hey, the food of El Salvador is delicious; perhaps compost toilets have a future in the food industry! In comparison, Western toilets can often use up to seven gallons of water per flush, causing far more damage to the environment. The waste is then taken to a treatment plant that uses energy to process it resulting in an even higher negative environmental impact and with no end product of compost to grow your vegetables from, the environmentally favourable toilet is a no brainer. 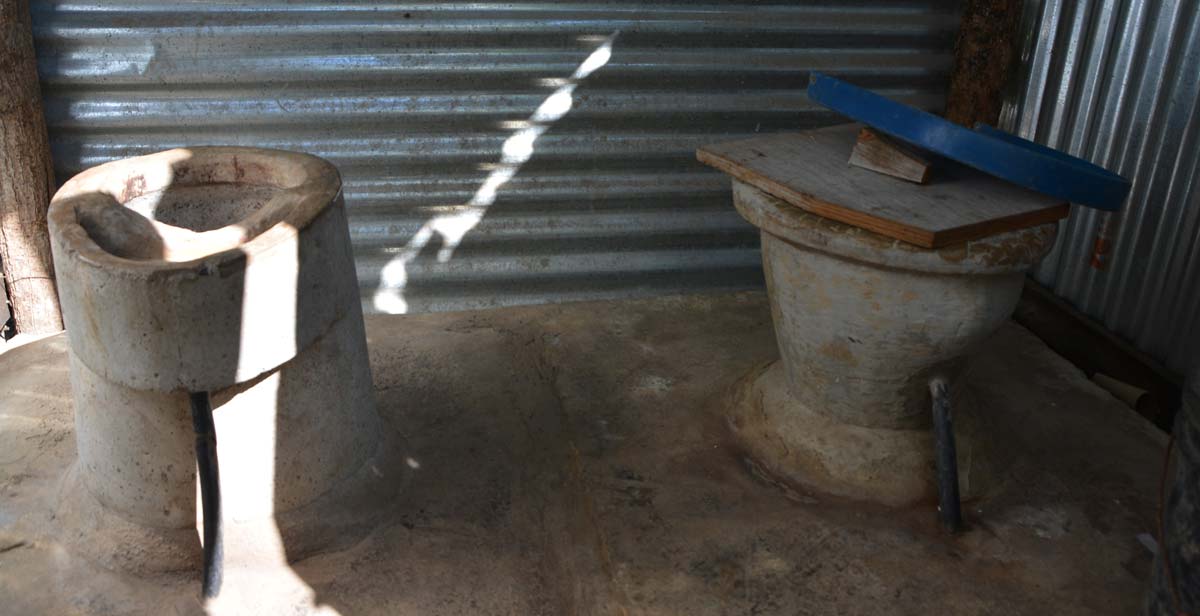 The two stone bowls that are alternated monthly to allow the compost process to take place (not pictured are the cockroaches that hide beneath the rim).

Personal note - A word of advice to future volunteers

You may have never left the UK, or you may have already travelled the world, but trust me, adjusting to life on an ICS placement isn’t without its difficulties. Perhaps something struggled with most during placement was the adjustment to the change in sanitation standards. My motivation for writing a blog around a topic that may be considered vulgar in UK culture is the fact it needn’t be shrouded in such taboo. During placement, and I can only assume other ICS placements around the world, the topic of toilets, sanitation and indeed the human process that compliments this, rapidly becomes something of commonplace within daily conversation. Considered entertaining, crude, or merely factual, it is a conversation that rarely occurs within British life, perhaps because we are taking the facilities we are provided with for granted. In other circumstances, such conversation is necessary in order to highlight world sanitation issues and stimulate change. World Toilet Day provides a platform for these conversations.

I cannot say I ever pictured my midnight toilet ventures taking me through a vegetable shop, nudging toads out of the way, leading me through a pig pen whilst side-passing a goat, up some concrete stairs to a small tin shack containing two stone bowls (often containing a cockroach or ten). It is a journey that is unavoidable and completely un-enjoyable. When you are inevitably woken up at 2am by the thousands of roosters, chickens, turkeys or dogs that outnumber the citizens of Arcatao and realise you cannot possibly hold it in despite your best efforts, you experience a feeling I can only imagine Frodo Baggins felt knowing the journey he had to make to chuck his ring into the big ol’ mountain. 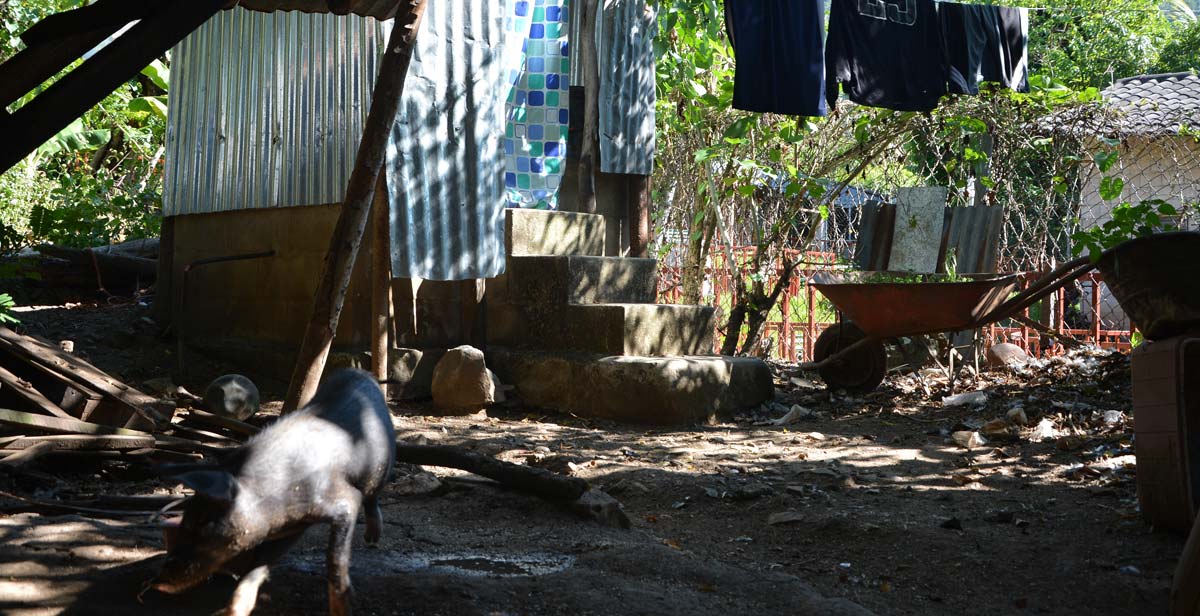 The compost toilet and its gatekeeper, Coochi the pig

A word of advice for future volunteers or those lucky enough to experience the use of a compost toilet; don’t look down. Under no circumstances, curiosity or otherwise do I advise you to look down. Trust me; you don’t need that image imprinted on your brain. Trust in the fact it’s environmentally sustainable and let that be enough without needing proof of the process. You think that one of the worst views is staring down the porcelain basin of your UK toilet after a night out? There are worse bowls to stare down, just keep that in mind.

Although I may not have painted compost toilets in the best light, I hope this simply highlights the differences in sanitation standards and some of the issues that World Toilet Day aims to tackle. Although I cannot say I enjoy my experience with compost toilets, they are environmentally friendly and are an effective way to get rid of waste. Despite my complaining, many people worldwide don’t have access to any form of sanitation disposal, even on the most basic level. Having to use a compost toilet was a shock enough; the thought of living without it is unimaginable. It is for this reason I stress the importance of the initially seemingly ‘un-important’ World Toilet Day. But I ask of you to trust me, don’t look down.