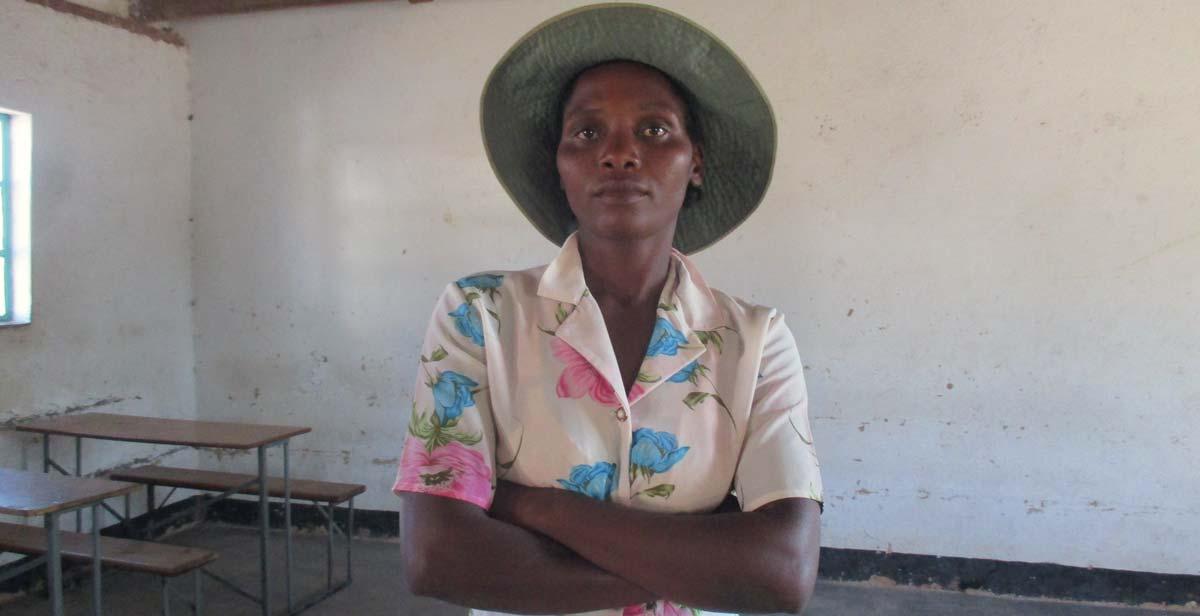 Our April - June 2016 cycle of volunteers in Zimbabwe were the last cycle to work alongside partner organisation Diocese of Mutare Community Care Programme (DOMCCP) after four years. The team have complied a series of case studies demonstrating the impact the ICS programme has had in Mutasa.

Gertrude Manzini is a married, 34-year-old woman with three children, who has benefitted greatly from the sessions the ICS programme has delivered in Mutasa, in particular with regards to gender issues.

Both Gertrude and her partner are HIV negative, but she still gets tested for HIV every 6/7 months; she was last tested in December 2015. She hasn’t previously been tested for HIV with her partner, but next time she gets tested she would be happy for both to do so together. This is something several ICS teams have been strongly advocating in their HIV awareness and gender sessions, so it is pleasing to see that couples are doing this, or are willing to do this in the future.

From the ICS sessions, Gertrude believes she has benefitted greatly from the gender ones. She has talked through the knowledge she has gained with her partner; as a couple they have taken on board the information given and are willing to put it into practise. As well as being able to discuss gender dynamics with her partner, Gertrude also believes she would be able to give others help and information about gender-based violence from the sessions she attended.

This fits in excellently into the ICS Theory of Change; people are taking the information that has been delivered into consideration and share it with people who were unable to attend the sessions. As this is happening, and if it continues, the community will have both men and women more knowledgeable on gender dynamics and its link to HIV.