New report: One year after earthquake Haitians must play greater role in recovery 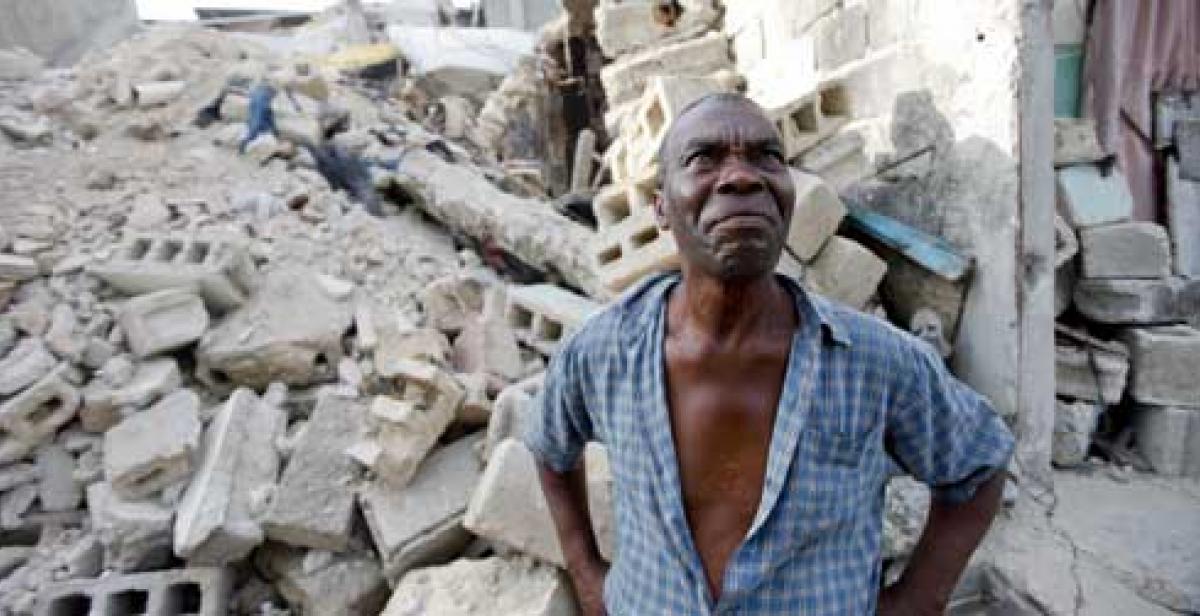 Ordinary Haitians are calling for a greater role in the rebuilding of their country in order to achieve a successful and sustainable recovery from January’s devastating earthquake, says a Progressio report released this week (753k PDF).

Since the earthquake, which killed some 230,000 people and left much of the country in ruins, civil society organisations, ranging from human rights and environmental to faith-based and humanitarian groups, have expressed deep frustration at the marginalisation of ordinary Haitians from the recovery and reconstruction process so far.

In around 30 in-depth interviews with both local Haitian and Dominican organisations and individuals, Progressio uncovered a sense of alienation and exclusion from the global reconstruction effort focused on Haiti.

Colette Lespinasse, Director of the Haitian Support Group for Refugees and Migrants in Port-au-Prince, is among those who felt many Haitians were not included in the relief effort.

“If the reconstruction process is carried out… without consensus and respect, we will not be eliminating poverty in Haiti. On the contrary, we will be building more fragmentation and divisions in a process that requires building consensus,” she said.

Civil society groups cited how in the first few months following the disaster, UN meetings were conducted in English and Spanish, but not French or Creole, and this contributed to Haitians feeling like passive observers of the relief operation rather than active participants. Haitian grassroots networks were not properly used, which led to wasting valuable time in creating new structures instead of actual delivery.

The report, Haiti after the earthquake (753k PDF), identifies flaws highlighted by civil society and other groups that acted as barriers to effective progress towards reconstruction.

• The way the international community operated – for example, delays and bureaucracy over funding left many local organisations feeling marginalised.

• Trust between local groups and the Haitian government was harmed by the government’s weak leadership and lack of consultation over the Interim Haiti Recovery Commission (IHRC) and the Post-Disaster Needs Assessment (PDNA).

• Aid management was seen as being too centralised in Port-au-Prince. Haitian civil society organisations argued that a decentralised approach could have better provided for the 1.5 million people internally displaced elsewhere, and could have increased opportunities for employment.

• Frustration at the lack of visible plans for land reform and land allocation, without which, civil society groups say, reconstruction will greatly suffer.

While the report highlights reconstruction issues, it did find that the earthquake created a great deal of solidarity between Haiti and the Dominican Republic, and this bi-lateral engagement provided hope for a collaborative future.

It also indicated that there were huge efforts made by Haitian and Dominican civil society organistions and international organisations to respond to the earthquake which demonstrated their potential for taking on a stronger role in the future.

The report also highlights that there are clear tensions in delivering aid in a humanitarian context while at the same time thinking about long-term development goals.

Progressio’s report is being circulated to policy makers and international NGOs in an effort to encourage support for the work of Haitian civil society organisations in the lead up to the one-year anniversary of the 12 January earthquake.

Lizzette Robleto, Progressio policy officer and report author, said: “The extraordinary efforts made by Haitian civil society in the aftermath of this devastating earthquake are a sign of the potential that exists for the sector to take on a much larger role in the future.

“If collectively, we wish to see a lasting, sustainable recovery that is owned and managed by Haitians, then the clear sense of exclusion felt by local groups must be tackled.”

Read why confusion over land rights is hampering efforts to rebuild Haiti in 'Building Back Better' a joint report (PDF 476.55 KB) by Progressio, Christian Aid, CAFOD and Tearfund.

Photo: Wilbert Joseph's house was completely destroyed in the earthquake and he has moved in with extended family. He gradually continues to remove the debris with a shovel and wheelbarrow. Haiti, June 12, 2010. (Natasha Fillion/Progressio)

Thank you, Progresso, for an

Thank you, Progresso, for an excellent report on the need to involve Haitian civil society and community groups in the recovery process.
This is a tricky process, requiring careful navigation among international and local interests and many strong conflicting points of view, and not one that donors are very attracted to funding.
Nonetheless, in a partnership led by Haitian and Diaspora development and governance specialists, The Caribbean Institute has obtained the Haitian Government's agreement to go forward with such an initiative, and has launched the first steps. The National Recovery and Consultations Program (NRCP) is building a network of international and Haitian organizations, including Diaspora associations and private individuals, to facilitate a national grassroots re-visioning of Haiti, and at the same time is working with local organizations to set up a network of citizen-operated development centers in every town through which community groups can work with local government to execute Haiti’s Action Plan for National Recovery and Development. The centers' programs focus on community-based disaster preparedness planning (which in the Haitian context is tied to how communities are led), literacy programs, cholera prevention, legal-access clinics, and the creation of sustainable jobs and local business.
Interested readers may follow the effort (or better still, join it!) on The Caribbean Institute on facebook, or at TheCaribbbeanInstitute.org. Thanks again for your excellent report!