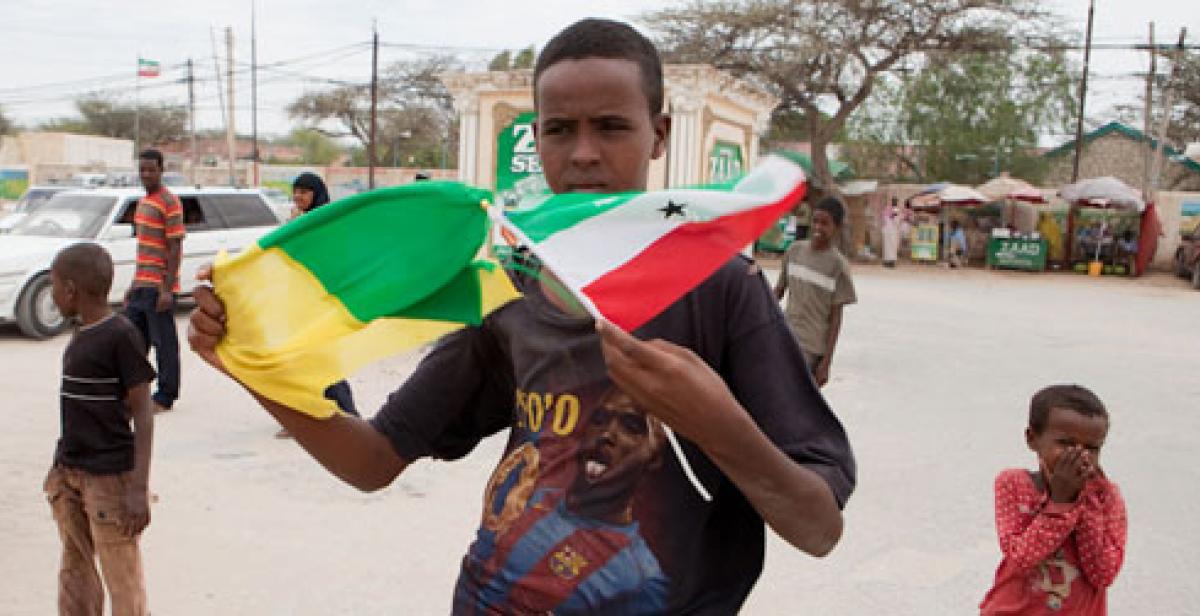 The international mission to observe Somaliland’s long-delayed presidential election on 26 June 2010, led by UK based development agency Progressio, the Development Planning Unit at University College London and Somaliland Focus (UK) notes that good progress is being made towards holding the scheduled vote this Saturday. The first teams of observers left the mission’s base in Hargeisa for Somaliland’s regions on 24 and 25 June. Country-wide, all teams are expected to commence observation of the vote on the morning of 26 June.

The three organisations were invited in January 2009 by Somaliland’s National Electoral Commission (NEC) to act as coordinators of the international observation mission for presidential elections in the internationally-unrecognised Republic of Somaliland. Given past difficulties, recent months have seen rapid progress towards a free and fair election, a clear indication of the effectiveness of the new NEC which was put in place after the parties agreed to a revised timetable for elections in late 2009.

In the week since the team assembled in Hargeisa (comprising 59 individuals from 16 countries, including diaspora Somalilanders) much work has been done. The teams have met the incumbent president and the two opposition candidates to hear points of view on the progress towards polling day where all three candidates pledged to accept the result of the vote.

However, the team has noted various complaints from the political parties about each others’ actions and of media bias. Fears about gaps in the voter registration process and the potential for attempted fraud have also been raised. Nevertheless, the observers mission agrees that the campaign has generally been peaceful and good-natured; that campaign ‘rules’ have on the whole worked well, and that the people of Somaliland are still enthusiastic about the election, despite the many delays. Indeed, a carnival atmosphere has prevailed in Hargeisa in recent days.

The potential for unrest does however remain high, the mission notes, and security threats around the election cannot be underestimated (ensuring the security of observers themselves, especially those in the regions, has been of paramount importance to the mission’s leaders). Nonetheless, the mission’s co-ordinators are hopeful that no major disruption will take place on polling day or in the immediate aftermath.

The team are looking forward to a free and fair voting process and the smooth collation of the results in the coming days. Michael Walls, joint co-ordinator of the observation team, said: “we are heartened at the good spirit in which campaigning has taken place and are optimistic that the vigilance of Somalilanders and their evident commitment to a peaceful election will ensure that the small minority who wish to disrupt the process will be prevented from doing so.”

Dr Steve Kibble, also of the observation team, said: “We look forward to a peaceful election process that will express the will of the Somaliland people clearly and decisively. We are greatly encouraged by the willingness of the three party candidates to respect the result of the election.”

A post-poll press release will be issued by the election observation coordinators on June 28 2010, with a press conference at 11am at the Hotel Mansoor, Hargeisa. All interested media are invited to attend.

Listen to Progressio’s Steve Kibble talking about the Somaliland election on Al Jazeera. Want to know more? Voice of America has been speaking to us too. More views from the ground? Read the Somaliland Focus Election Observers Blog.

Photo: A young campaigner on the streets of Hargeisa on 22 June 2010 (photo © Claudia Simoes/Progressio)

I thought interesting to

I thought interesting to share with you some quick words about the extraordinary experience I’m having in Somaliland (Horn of Africa). I now fully immersed working as member of the International Election Observers Team to the presidential elections. Since I start studying this country, I fell nothing but admiration for Somaliland’s pragmatism, courage and creativity to form a unique political system which combines indigenous and western models towards state and institutional building after colonial rule, dictatorship and civil war. It is an intercultural exercise that should be an example for the Global South including Latin America.

The presidential election in

The presidential election in somaliland is an indication of the political maturity of somalilanders.
In fact the somalilanders deserve a reward for their politicat maturity. They could be an example to their neighbours. If somaliland is recognised by the internatioal community, surely they will take the initives to settle the civil war going on in Mogadisho. The somalianders know the Pschology of the somalis in somalia.

Thank you Cecilia, the same

Thank you Cecilia, the same love back at you.

Well it is not easy business running a state that is not recognized to make things worse everyone thinks we are Somalia so no body even wants to know a thing. As soon as they hear "Somalia" they all take cover and think "oh God I aint going to the most failed state where they have all the pirates, islamists, warlords, farah aideed, black hawk down, hell no"

If we wont unrecognized and just being unknown it would be alot easier than to deal with the Somalia title.

Anyways no regrets we are moving forward and we will prove you lot wrong - we will make it to the top soon or later. We will remember our friends like we always do, and lift those below us up.

We coming baby - we just have old and ignorant leaders.

I hope this vote changes all that.

Also big shout out to

Also big shout out to Progressio, to all those supporting Somaliland development and democracy and big up to Wales!

The people of Somaliland are democratic and voted all before the West under a tree, those that know their things know what I'm talking about.

We are passionate about democracy and right to vote and be free nomad, that's what it means to us, thats why its working for us because it is us. Where as other states are imposed on.