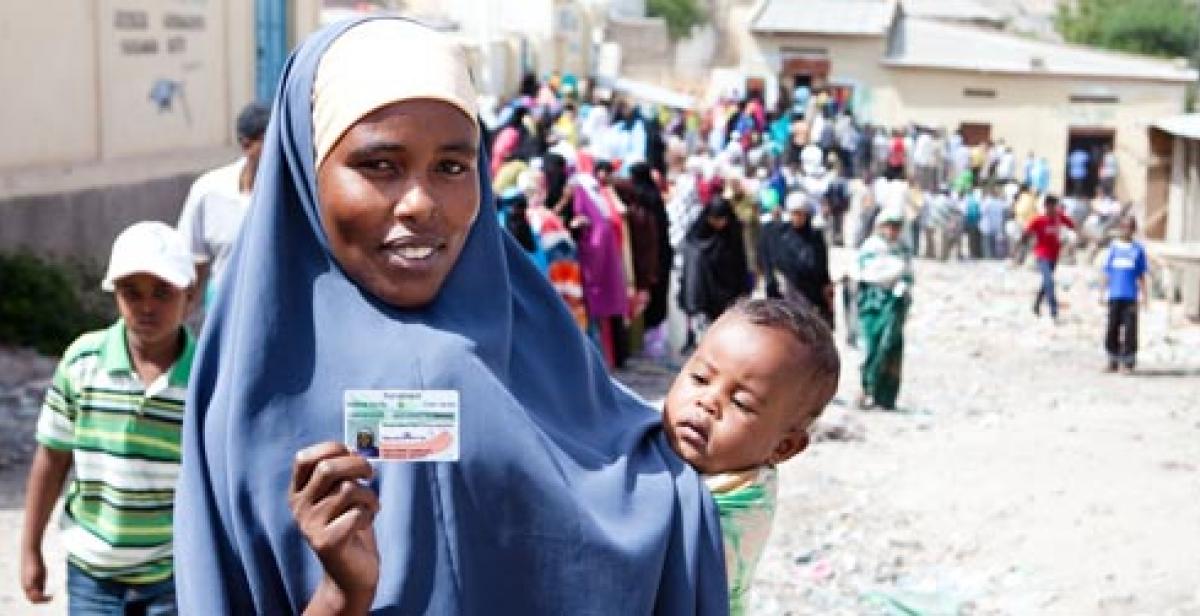 Women and young people are playing a key role in building a democratic society in Somaliland, says a report on Somaliland's 2010 presidential elections by the international election observation team.

The report, Somaliland: Change and continuity (1.66MB PDF), published by Progressio on 18 May 201, credits the women of Somaliland with having been a key element in the fight to further and deepen democratisation.

Sucaad Odowa-Nielsen, a member of the Somaliland diaspora in the UK who participated as an election observer in 2010, described the contribution of women to campaigning as "well-organised, resourceful and articulate in conveying party policy, not only in the country itself, but also in Somaliland enclaves throughout the world".

Steve Kibble, co-author of the report, said: "The notable presence of women as campaigners and voters has highlighted the need for the new government to promote women′s rights and participation."

Women of all ages turned out in huge numbers to vote in the June 2010 elections and this has had a lasting impact on the newly elected government who have committed to ensuring that 20% of their administration are women.

Progressio, the Development Planning Unit of University College London and Somaliland Focus (UK) were invited in January 2009 by Somaliland′s National Electoral Commission (NEC) to act as coordinators of the international observation mission for the second-ever presidential election in the internationally-unrecognised republic. After visiting polling stations in all six regions of Somaliland, the 59-strong mission declared the poll, which saw the incumbent Dahir Riyale Kahin defeated by Ahmed Silanyo followed by a peaceful transition of power, a "peaceful expression of the popular will" of the Somaliland electorate.

The report retains the generally upbeat tone of the observation team's initial findings, describing the massive enthusiasm from the great majority of Somaliland′s electorate, particularly from female voters, and the high turnout despite threats from Islamist militant groups to disrupt the process, which thankfully came to nothing.

However, it is not uniformly positive. A key part of the report details irregularities observed in the Borama district, including underage voting and open distribution of voter ID cards by unauthorised agents. While these did not take place at a scale able to influence the result, these are concerns that require attention for future polls.