Home » Yemen on the cusp of change

Yemen on the cusp of change 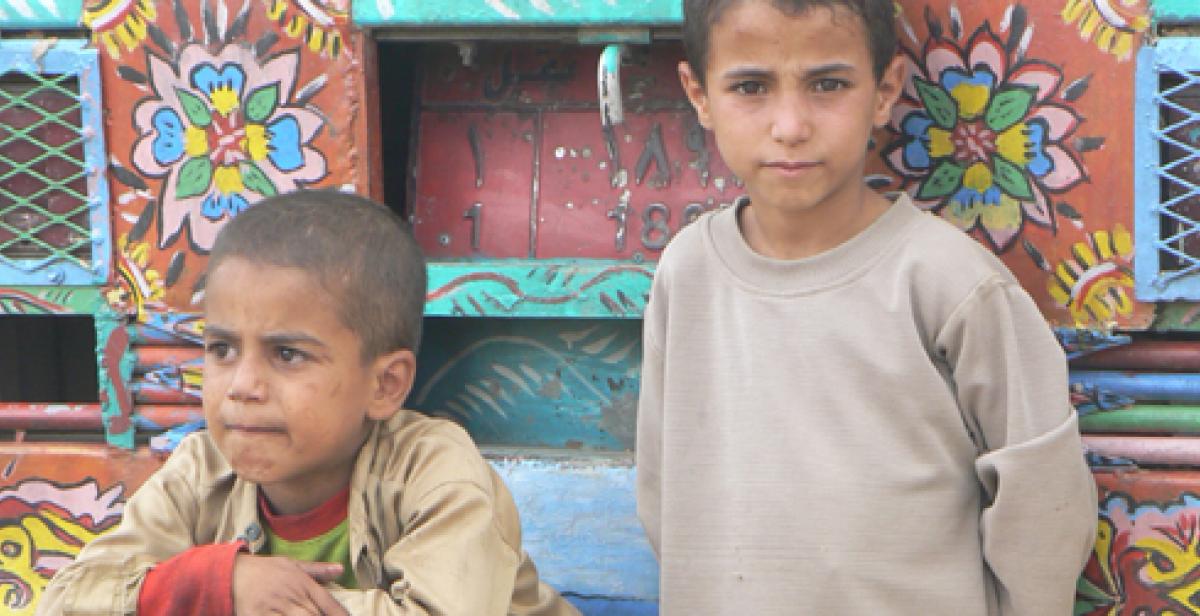 Change in Yemen is not going to be straightforward, but Yemeni people are certainly ready for it, according to Progressio’s country representative in Yemen, Abeer Al Absi. She says:

“Of course there are many challenges, but this is a critical time for Yemeni people. Everyone is excited and looking forward to the presidential elections and a new regime.

“The election will be a democratic process, not change by force. This change creates space and is really promising for poor and marginalised people, who will stand much better chances of civil participation and being heard in a new regime.”

Yemen is the poorest country in the Arab region. At the end of January UNICEF predicted that in 2012, unless preventative action is taken, half a million children could die or suffer long-term health problems as a result of malnutrition.

The unrest of the past year has compounded the problems of poverty and drought the country already faced. Fuel and food prices rocketed during the height of the crisis and many people were forced to leave their homes and livelihoods.

The need for stability

With President Ali Abdullah Saleh’s departure from Yemen, Yemenis are hoping that presidential elections will bring stability and create the space needed to deal with problems such as unemployment, poverty and high rates of infant mortality.

The new government faces a tough task to bring about the change that people want to see.  And of course not everyone, whether inside or indeed outside Yemen, is looking for the same kind of change. Internal tribal conflicts continue and tensions between North and South remain, as does the threat posed by Al Qaida’s increasing presence in the country.

Hope for a new era

Despite the enormity of the task ahead, there is hope that this is the start of a new era for Yemeni people. With the right support from the international community, it is possible that Yemen could turn its future around, says Abeer Al Absi:

“I’m really proud of what the Yemeni people have achieved in raising the issue of corruption. They are no longer afraid. They themselves understand that they can make a change and they will fight to shape their future.

Standing up for ourselves

“In the past no one would stand up to the elites. That has changed. Last year we talked about change and hoped for change. Now we can touch this change, we can feel it.

“We are even seeing students demanding a better education and demonstrating to get corrupt leaders removed from the education system. Young people have been on the streets for a whole year to bring about the change we are seeing now.

“And women have been really empowered by this revolution too. They are actively participating. Even online they are writing blogs and have a voice. They speak out about their rights.

“The new Yemeni government has a clear vision for how to move development forwards and the international community is supportive towards change in Yemen. Most importantly people are thirsty for change and ready to take part in making it happen.  Women and young people already have a much stronger voice than before.

“This is an opportunity for Yemen to really take development and poverty seriously and overcome the challenges we currently face.”

Progressio’s work in Yemen continues to support poor and marginalised people to have a voice in the future of their country, thanks to the resilience, commitment and dedication of Abeer and her team.

Yemeni people have shown greatest patience from the change square, restraining peace. Despite patience, commitment and sacrifices, a year long revolution must have left poor poorer, many more might have lost their jobs. A transition period is following the popular Revolution. Tactful handling of this fluid period by the leading authority with the help of every section of the Yemeni society would be very important. On top of these, role of NGOs, INGO, Bilateral Organizations, Donors comes in as an important backstopping. Progressio's continuted support on People Powered Development will play an important role in this transition period, specially focusing on poor, marginalized people as Ms. Abeer Al Absi has stated. Increase in poverty, unemployment as an impact of revolution may expose more people to vulnerability including HIV/AIDS and STD more than assumed. Thus, Progressio Yemen's commitment working for poor, migrant workers, MARPs, will exert remarkable input, during this transition period.