Home » ‘To change everything, we need everyone’: Pope Francis’ Encyclical on Environment

‘To change everything, we need everyone’: Pope Francis’ Encyclical on Environment 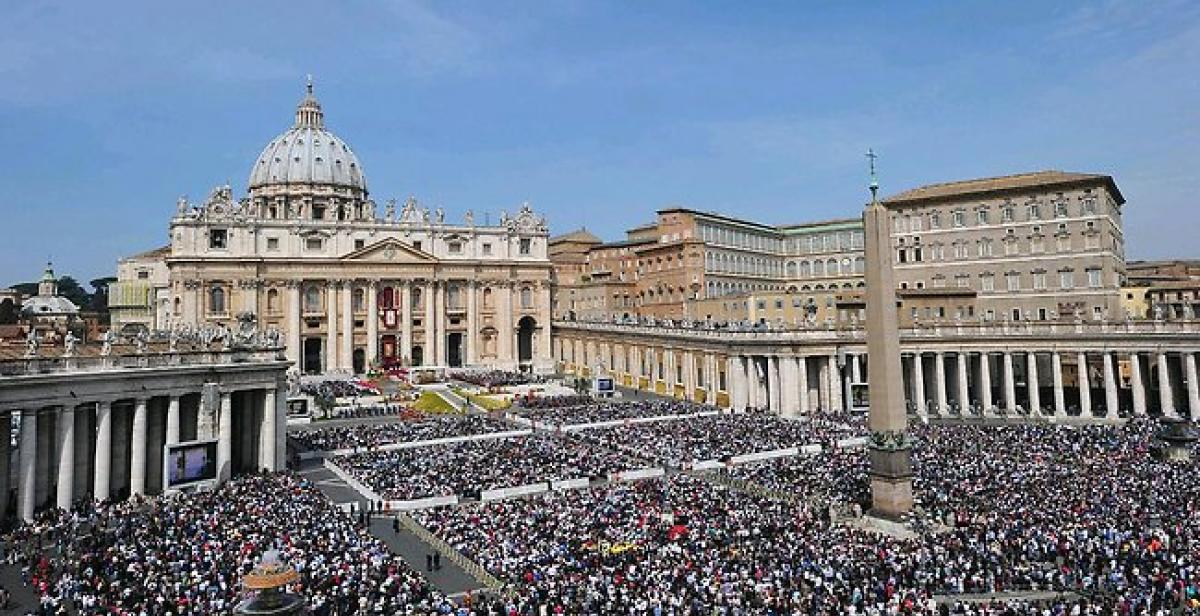 On 18th June 2015, Pope Francis published his Papal Encyclical on environment and climate change. Pope Francis’ charismatic writing style offers an accessible read for people of all faiths and none, so readership is not limited to the Catholic community. Instead, Pope Francis addresses all “people of good will” with the aim of encouraging them to “care for our common home” and take immediate action against climate change.

Having taken his papal name from Francis of Assisi, the patron saint of animals and the environment, it was expected that the environment would be a priority for Pope Francis, but this is the first time that an Encyclical has been purposefully timed to influence a secular process. In this crucial year for development, the Encyclical was published ahead of the announcement of the Sustainable Development Goals (SDGs) in September, and in the run up to the United Nations Climate Change Conference (COP21) at the end of the year.

What does Pope Francis have to say?

In his Encyclical, Pope Francis presents care for the environment as part of natural human order, and highlights the importance of maintaining a balanced relationship between humankind and the earth. People are a part of nature, we are included in it and we have a constant interaction with the world that surrounds us. As a result, Pope Francis warns us that if we exploit our environment through acts of violence and selfishness, then humankind will also suffer.

Originally from the Global South, the Argentinian Pope draws on his personal experience of the developing world to place a strong emphasis on the disproportional effect of environmental change on the poor. He highlights that the worst impacts of climate change are felt by people living in developing countries, and calls on people living in more “powerful countries” to help bring about change: “Climate change is a global problem with grave implications: environmental, social, economic, political and for the distribution of goods. It represents one of the principal challenges facing humanity in our day. Its worst impact will probably be felt by developing countries in coming decades. […] Reducing greenhouse gases requires honesty, courage and responsibility, above all on the part of those countries which are more powerful and pollute the most.”

Whilst the Pope does call for governmental support when tackling climate change, his Encyclical places most faith in the impact of a civil society movement. Pope Francis calls out to every individual in our global community, and asks them to make simple steps in their everyday lives, in order to create global change: “There is a nobility in the duty to care for creation through little daily actions […] such as avoiding the use of plastic and paper, reducing water consumption, separating refuse, cooking only what can reasonably be consumed, showing care for other living beings, using public transport or car-pooling, planting trees or turning off unnecessary lights. All of these reflect a generous and worthy creativity which brings out the best in human beings. Reusing something instead of immediately discarding it, when done for the right reasons, can be an act of love which expresses our own dignity.”

The Pope’s Encyclical carries a strong, passionate message which places hope in human capacity to form meaningful connections with the world around us: "love always proves more powerful." However, the overall response to the Encyclical has been mixed for a number of reasons.

Firstly, some critics argue that the Pope’s message comes too late into the global conversation on climate change, at a point which will not be able to influence the SDGs. Although critics agree that the Encyclical would definitely capture people’s imaginations, increase awareness and alter attitudes of communities across the world.

Additionally, for many environmentalists the Pope’s message contradicts with Vatican investments in non-renewable energy sources. In response to this, Environmental Group 350.org has launched a petition calling for the Pope to put his words into action and lead by example by divesting from fossil fuels. Estimated to be worth $8 billion, the Vatican has the potential to make a vast global impact if it were to divest from fossil fuels in 2015.

Lastly, a few individuals consider the Pope’s argument to be one-sided, as he neglects the positives that human industry and modern technology have bought to the human race. Some critics make the argument that the 2.5 billion people living in poverty worldwide will make use of technological advancements and international business - made possible through the harvesting of fossil fuels - in order to lift themselves out of poverty.

Despite these concerns, in the lead up to COP21 the Pope has chosen to send a strong, optimistic message to all citizens, which complements the voices of many environmentalists who call for the complete phase out of fossil fuels and a transition to a hunger-free world powered solely by renewable energy.

The Pope’s tone is urgent, but he is hopeful that we can end the inequalities which are driving interlinked problems of climate change and poverty if we all taken action now: “Injustice is not invincible.”

The level of support offered by members of the faith community through homilies on environment, and the impact of the Vatican’s careful timing of the Encylical on the outcomes of both global conferences still both remain to be seen. But if there’s one message that we should take away from Pope Francis’ public letter, it is that we all have the power to use small choices in our daily lives, to contribute to global change. The little daily actions really do make a difference.

What changes could you make?