Home » On the care for our common home: Pope Francis’ powerful warning of ‘unprecedented destruction’

On the care for our common home: Pope Francis’ powerful warning of ‘unprecedented destruction’ 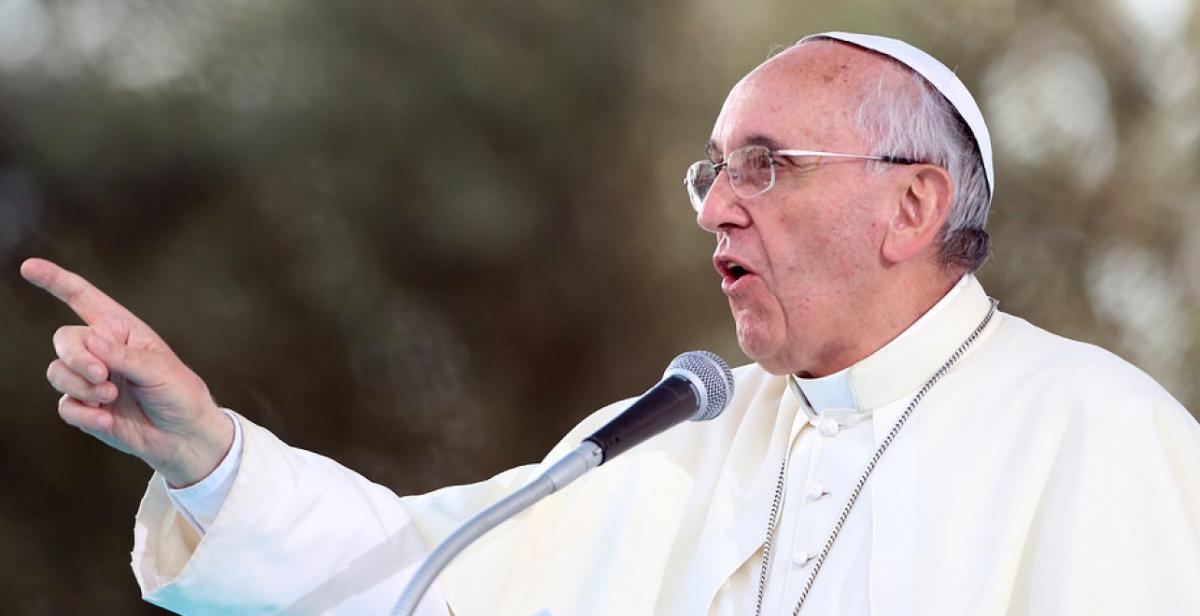 On the care for our common home

Pope Francis has called the world to act in defence of the planet in his papal encyclical. Talking not just to the world’s 1.2 billion Catholics, but humanity as a whole, he has called for all to join in with the battle against climate change.

In On the care for our common home, Pope Francis has warned the environment is facing "unprecedented destruction". He has made a specific effort to show that he does believe human actions are causing climate change, frequently discussing how humans have plundered the planet to satisfy their own needs.

This papal encyclical was not sent just to Catholics, but was addressed to “every person living on this planet”. He urges all people to radically change their "lifestyle, production and consumption" to stem the “ecological crisis”. In his words, climate change is an issue on a scale that is “unprecedented in the history of humanity”.

Crucially, On the care for our common home is presented in a way to include and encourage everyone, with a focus on asking people to find inspiration for a solution to climate change both in science and faith.

In the encyclical, world leaders are called to work urgently towards phasing out the use of fossil fuels, including oil. But he recognises that people will need to pay for the transition, and that the rich, rather than the poor, should shoulder the burden.

One of the key issues Pope Francis challenges is the current “use and throw away” culture, which, he says, is leaving the planet bereft of "sound principles other than the satisfaction of our own desires". He has also freely questioned the world’s trust in free-market economics as an unqualified force for good.

Five key quotes from On the care for our common home

On the state of the planet…

"The Earth, our home, is beginning to look more and more like an immense pile of filth. In many parts of the planet, the elderly lament that once beautiful landscapes are now covered with rubbish."

"Never have we so hurt and mistreated our common home as we have in the last 200 years."

"A number of scientific studies indicate that most global warming in recent decades is due to the great concentration of greenhouse gases (carbon dioxide, methane, nitrogen oxides and others) released mainly as a result of human activity."

"The idea of infinite or unlimited growth, which proves so attractive to economists, financiers and experts in technology ... is based on the lie that there is an infinite supply of the earth's goods, and this leads to the planet being squeezed dry at every limit."

On hope for the future…

"Yet all is not lost. Human beings, while capable of the worst, are also capable of rising above themselves, choosing again what is good, and making a new start."

At Progressio, we’re all hugely excited about the bold stance Pope Francis has taken in this encyclical. We have seen the way that climate change is having a disproportionate effect on those with the least wealth and the least power. It is heartening to know that the Pope is standing alongside those who feel the brunt of an unstable environment.

In Zimbabwe, we have been working with local biogas operators to make sure they are trained and informed by renewable energy experts.

This training is done so that the local biogas operators can play their role in creating communities that look after each other, and the environment, in the way On the care for our common home calls for.