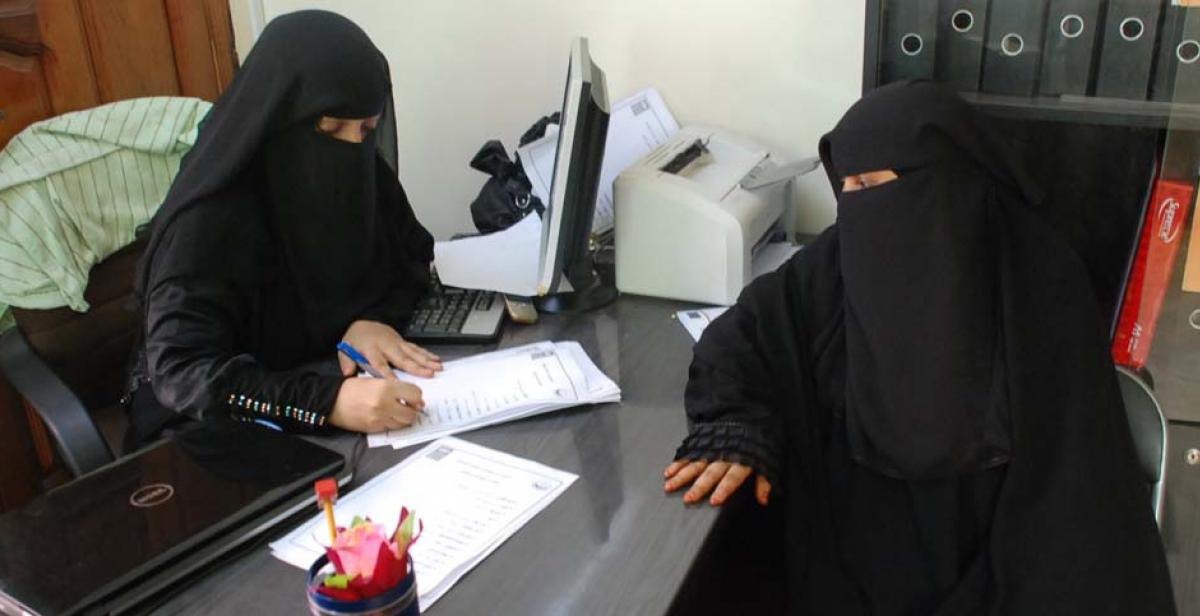 Mariam Abdullah Hassan lives with her husband, a son and two daughters in Al-Rabassa Street, Hodeidah. When Mariam and her husband found out they were living with HIV, life felt as though it had stopped because of the discrimination that exists in Yemen. But, with shared information and counselling, things have changed. In the run up to World AIDS Day, we are telling Mariam's story.

"My husband and I faced serious health problems, so we were sent to the central lab in Hodeidah. We were told that we had contracted HIV. We were given information and counselling on HIV for the first time. When we discovered that we were living with HIV, we didn't want to go back to our house.

"I felt our life had stopped. We wondered what we would do if our family, our neighbours or our friends knew that we had contracted HIV. At that time, we wished we were dead. But, when we found out that our children were clear, we remembered a proverb which says: Better to light one small candle, than to curse darkness.

"We have found hope in our children, and found a reason to stay alive. But, at that time, we had no information on HIV, so we were afraid of everything. We were even afraid to touch our children. We thought that we would die within a year. I cannot forget that time. We went days without sleep, like two prisoners in our own house.

"One day, we visited central Lab and were referred to Abu Mousa Al-ashary. I remember not wanting anyone to know that we were living with HIV, but we surprised when we found that staff from Progressio and Abu Mousa welcomed us with smiles. We were able to share our experiences with them and they invited us to participate in workshops.

"Abu Mousa and Progressio introduced us to other people who were living with HIV. We gained hope from our meetings with Al Karama, an organisation of people living with HIV (PLHIV). My life turned from a dark space to light.

"Our life improved when Abu Musa Al Ashary gave us a small income generating project. We did not have enough skill to do it alone, but we got support. I bought a motorcycle and my son, who was not working, started using it as a taxi.

"My husband and I regularly meet with groups of PLHIV in Abu Musa Al Ashary. We share our experiences and difficulties with the group. We also attend workshops on HIV and AIDS, stigma and discrimination, peer education and advocacy.

"I have acquired a lot of information that reduced my fear and helped me to live as much as anyone else. Information on positive living helped me take care of my health and my family. I now know how important healthy food and medicine is. I have learned to live with dignity and without any fear. I learned how we can support ourselves, and how we can love ourselves, even when we are PLHIV. As a result of attending regular support groups, I became as much of a social woman as before.

"I am an HIV Positive woman and my husband is positive too, but we both have responsibility to our children. Our daughters go to school. Our son has started working. Life is going on as normal."

There's even more about Progressio's work on HIV and AIDS on our World AIDS Day page.