Home » Marrying promises with action: Role of governments and grassroots in global development

Marrying promises with action: Role of governments and grassroots in global development 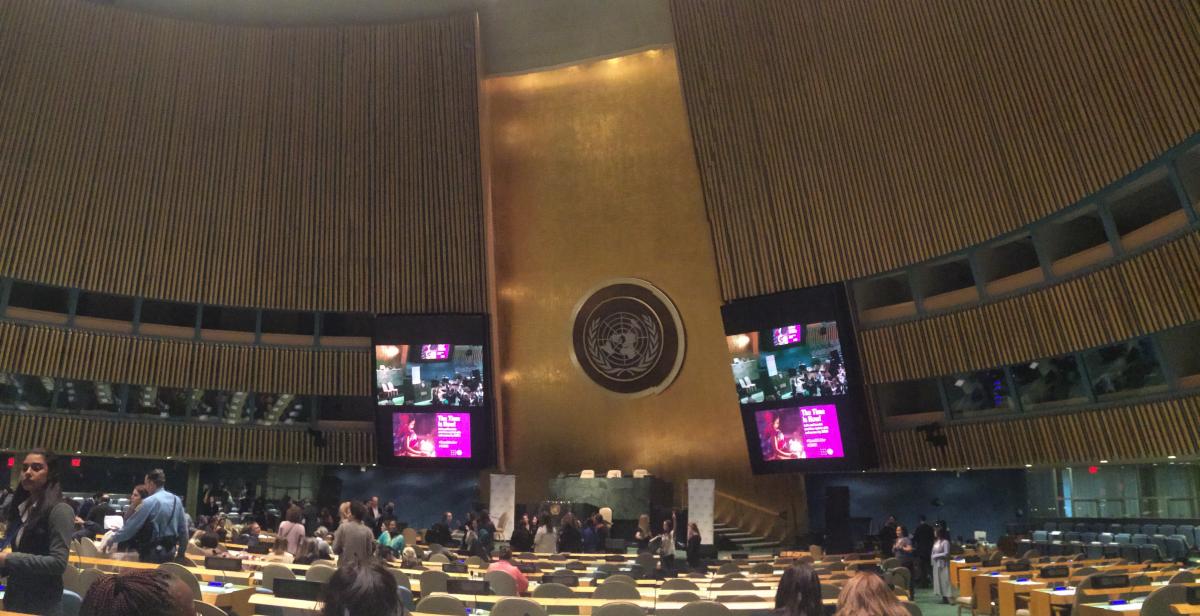 Progressio's Campaigns Officer, Jenny Vaughan, recently attended the 60th Session of the United Nations Commission on the Status of Women (CSW) in New York. In this blog, she shares her views on why Governments and grassroots are equally important for global development, and why Governments need to translate their promises into grassroots action in order to achieve the Sustainable Development Goals. With a new global agenda for development, Jenny explains why we need to acknowledge we’re not starting from scratch, but learning lessons on how change happens.

Governments around the world are beginning to acknowledge that eradicating gender inequality and giving women and girls their fair share of political, economic and social space can create important strides forward for development. The recent unveiling of Goal 5 of the Sustainable Development Goals shows this in black and white, but it also highlights that we have a long way to go.

Countries are waking up to the fact they don’t want to find themselves at the bottom of the gender gap report. Many are implementing progressive national plans on issues such as Gender Based Violence, and some are even changing laws. For example, Zimbabwe recently declared 18 to be the legal minimum age of marriage.

Work on women’s rights and the fight for gender equality though has been going on for years. The first ever Commission on the Status of Women (CSW) took place in 1947 in New York, over 50 years ago. It’s this intensive and relentless struggle of incredible women and women’s organisations that has got us this far. The same conference still convenes today and is now the principal global policy-making body dedicated exclusively to gender equality and the advancement of women and girls.

Despite the long history of the women’s and feminist movement, change is slow and wins are hard to come by. It was only twenty years ago, when I was five years old, that there was worldwide recognition at the Beijing Conference that women’s rights are human rights, and human rights are women’s rights. But, when will we finally turn a corner and get unquestionable recognition that it’s simply no longer appropriate for women and girls to be treated as second class citizens? Why was this year’s CSW more important than the last?

The recently announced Sustainable Development Goals give us hope. The SDGs are the latest in a library of documents and international legislation that has been debated, dissected and eventually signed off, this time by 193 countries who have jointly signed up to Agenda 2030, a framework for development that will shape the next 15 years.

As a member of the campaigning community, a question remains for me around what will turn this new document into more than words on a page; how will it transform into new strategies, more funding, and innovative programmes that can bring about the achievement of the Goals?

I’m particularly interested in Goal 5, and yet I’m nervous too. This year’s CSW was more important than the last because it was the first test. The hurdle of announcements might be over, but the marathon of monitoring and implementation of all the goals is only just beginning. Government’s and civil society will spent two weeks discussing, arguing and analysing over the Commission’s place in monitoring the progress of the Goal.

On the one hand, having a dedicated space where experts can come together, hold states to account and assess progress can be an efficient and enabling mechanism for monitoring Goal 5. But on the other hand, it’s important to remember the work that went on behind closed doors for years in the run up to the announcement of the SDGs; where NGO’s and CSO’s lobbied decision makers for a new development framework where gender equality and women’s rights were not 'siloed’; while also lobbying to ensure the document reflected the reality that sustainable development needs to be gender sensitive at every level.

Many did not want Goal 5 to become separated from other goals with specific gender targets, but instead desired a more holistic approach to Goal monitoring and implementation. This was just one of the debates that went on this year, around how much to intertwine one UN document with another UN process. It was important, but it’s not the only debate to be had.

There is, of course, no right answer and no one way to guarantee success to the Goal’s ambitions. If there was, we wouldn’t have needed a 60th session at CSW or the grand architecture of similar international conferences. But, as a campaigner it would always be wrong to put all of my faith in documents and agreements. While I care deeply that due care and attention is given to fulfilling our promises through the UN architecture, I’m also aware that most change doesn’t happen inside buildings on the Upper East Side of Manhattan.

Change takes place in people’s minds and people’s hearts, and it only takes place when the right questions are asked, when the right education is provided, and when we reach people where they’re at: often at the grassroots. So while this year’s CSW was an important space to ask questions of governments, and I’m sure next years will be too, I was most interested in the people, not the paper, at the conference. I spent my time engaging in as many conversations as possible, finding out what works and what doesn’t, and learning from my global sisters.

I’m glad we have our new framework for sustainable development written down, but I’m cautious too. I hope in 15 years when we put it on the shelf we can look back and be proud of this document and know that it translated from Government’s promises, in to grassroots action.

You can read the advanced unedited agreed conclusions from the 60th session of CSW here. 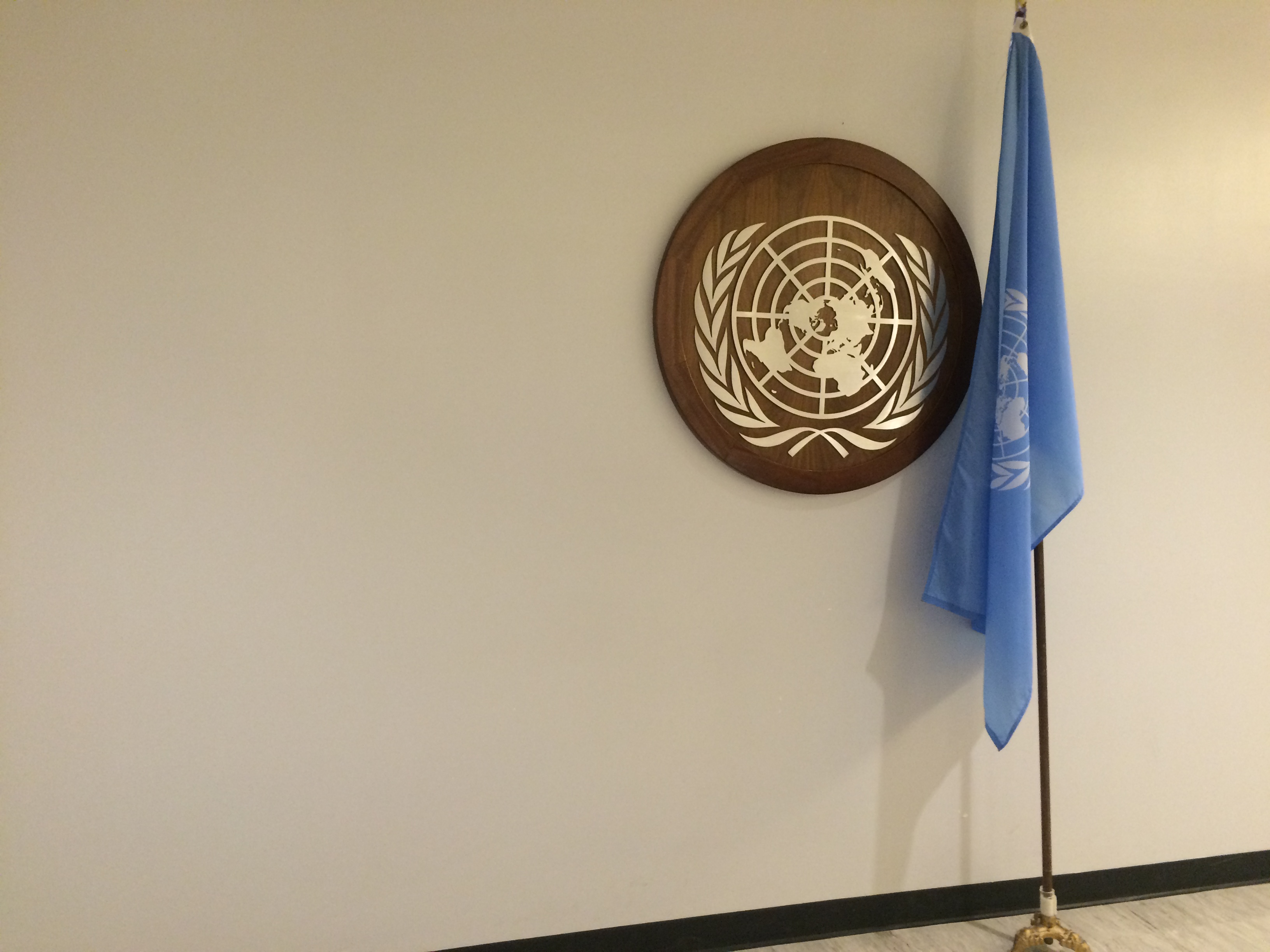