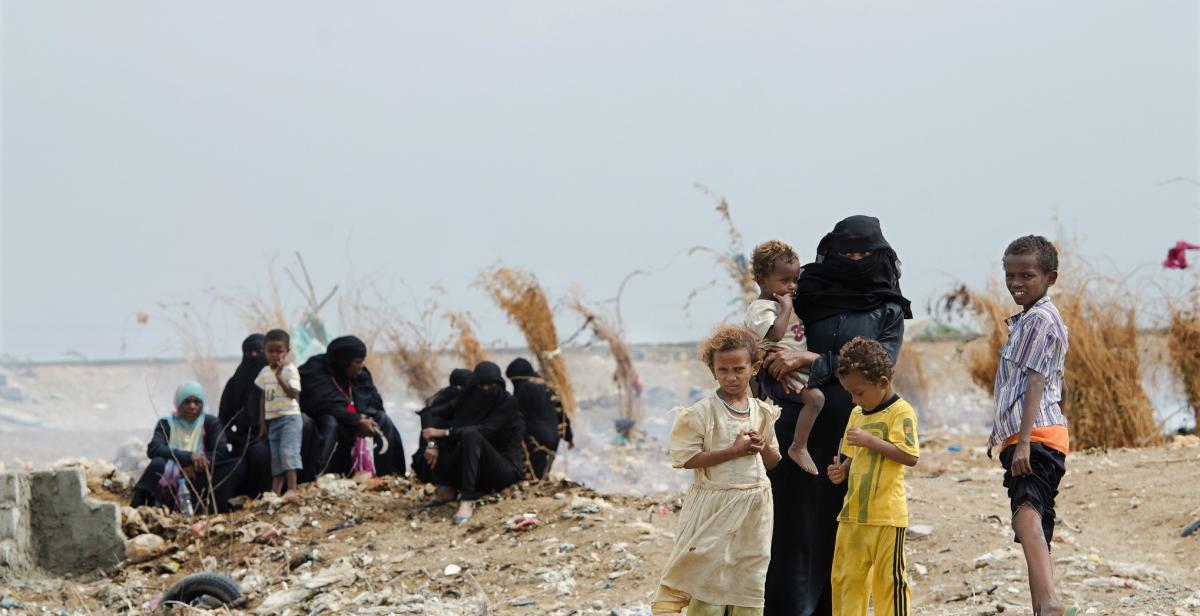 One of Progressio's Women Champions and her children, Progressio had to suspend the Women's Champion project due to the conflict

“The longer the world neglects to take serious action in Yemen, the worse the impact on civilians and the destabilization of Yemen over the long-term, as well as the stability of the region. If this conflict continues, the world will witness yet another human tragedy that will affect generations to come.”

This was the stark message from 40 aid agencies active in Yemen, including Progressio. After over 40 years experience alongside the Yemeni people we are calling for an end to hostilities and peace so Yemenis can begin to re-assemble their lives. Currently an alarming 80% of the population are dependent on emergency relief and conflict is still heavy in some parts of the country.

UNICEF’s new report, ‘Children on the Brink’, reveals the devastating effects the conflict is having in Yemen, where it is estimated that 21.2 million people need urgent humanitarian assistance, half of whom are children.  The report highlights the impact the violence has had on the health, education and wellbeing of children, saying that an average of six children have been killed or maimed every day since March 2015, leaving 900 children dead and 1,300 injured in the last year alone. The report says:

“These statistics are a tip of the iceberg as they only represent cases that UNICEF was able to verify.”

The conflict has also resulted in the collapse of many vital social and economic infrastructures. And, given that Yemen was already the poorest country in the Middle East, it is now facing a humanitarian crisis as a result. The report says: “Before March 2015, almost half of all children under the age of five in Yemen were chronically malnourished. Today, UNICEF estimates that 320,000 children face severe malnutrition, while 2.2 million children need urgent humanitarian assistance to prevent a further deterioration in their nutritional status. […] Yemen has been pushed to the brink by this conflict.”

Mark Lister, Progressio’s CEO, says: “The alarming figures in this report reinforce the urgent need for an end to this conflict. Too many have either died, been injured, displaced or traumatised, and the humanitarian crisis Yemen is facing as a result of this violence cannot be allowed to escalate any further.”

Progressio has worked alongside the Yemeni people for over 49 years, but was forced to suspend all projects due to the conflict last year. As a member of the INGO Forum, which has a membership of 40 international and regional NGOs active in the Republic of Yemen, Progressio has recently signed the Yemen INGO Forum’s letter calling on the international community to increase pressure on all parties to the conflict in order to achieve a permanent ceasefire and a sustainable, inclusive political solution.