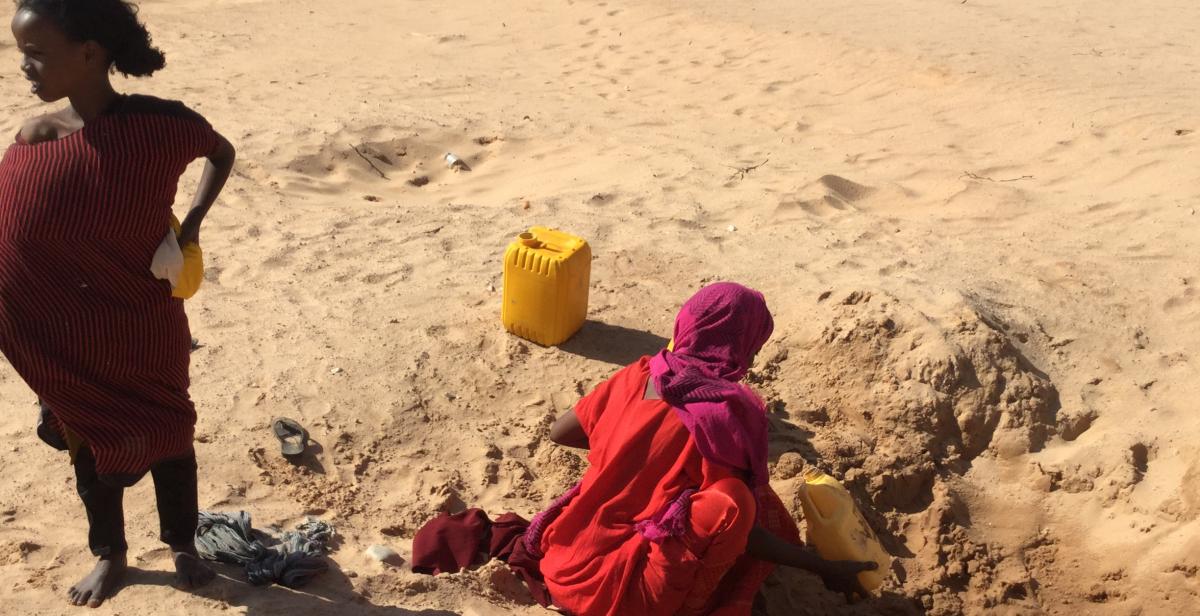 Women in a dried up river bed, Somaliland. Photo by Malou Schueller

This blog was written by Malou Schueller, Governance Policy and Advocacy Officer for Progressio, that has been working in Somaliland since 1995. Malou is the Co-Investigator in the research: ‘Political Settlement in Somaliland – A Gendered Perspective’, and is currently in Somaliland observing the voter registration process in collaboration with the Development Planning Unit, University College London.

It is April 8th and this is our second visit to Somaliland to observe the voter registration process for the 2017 elections. As it happens, things don't quite work according to plan. It is actually very hard to plan anything at all.

Even when we first observed the registration when it started in January this year, it happened more by chance than planned. We had been waiting for months for the process to start. Plans initially shared with us presumed a start in the second half of 2015, but the registration kept being postponed, mainly for technical reasons. Then, a couple of days after we arrived in Hargeisa on another mission in January 2016, the President suddenly announced that the registration was starting on January 16th. So I had to change my flight to be able to stay longer, in order to observe at least the beginning of the process.

Now, the second time around, we are here for two weeks to observe the registration in the Maroodi Jeex region, which includes Hargeisa, the capital city.  However, one day before our flight was due to leave the UK for Somaliland, we heard that the registration had been postponed by a month because of a severe drought affecting parts of the country. We considered changing our flights, but then decided to go ahead as the postponement is also part of documenting the process.

On March 31st, the UN Humanitarian coordinator for Somalia, Peter de Clercq, appealed for $105 million in aid to provide life-saving assistance to nearly 2 million people affected by the drought in Somaliland and Puntland. That is nearly half their estimated population. In particular, the drought is affecting nomads who depend on water to feed their livestock. Many animals have been dying and people have lost their main means of livelihood. As a result, there are reports that some have already died of malnutrition.

The government hopes that postponing the voter registration process for a month will enable it to focus on the emergency response, and that the rains will come in the meantime. The rains have started in some regions, but when it rains there are flash floods, filling dried up riverbeds quickly and taking with them animals, people, and even cars. A few hours later they subside and the rivers are dry again. The rains are late, and the forecast for the rainy season this year, in terms of rainfall, is dire. 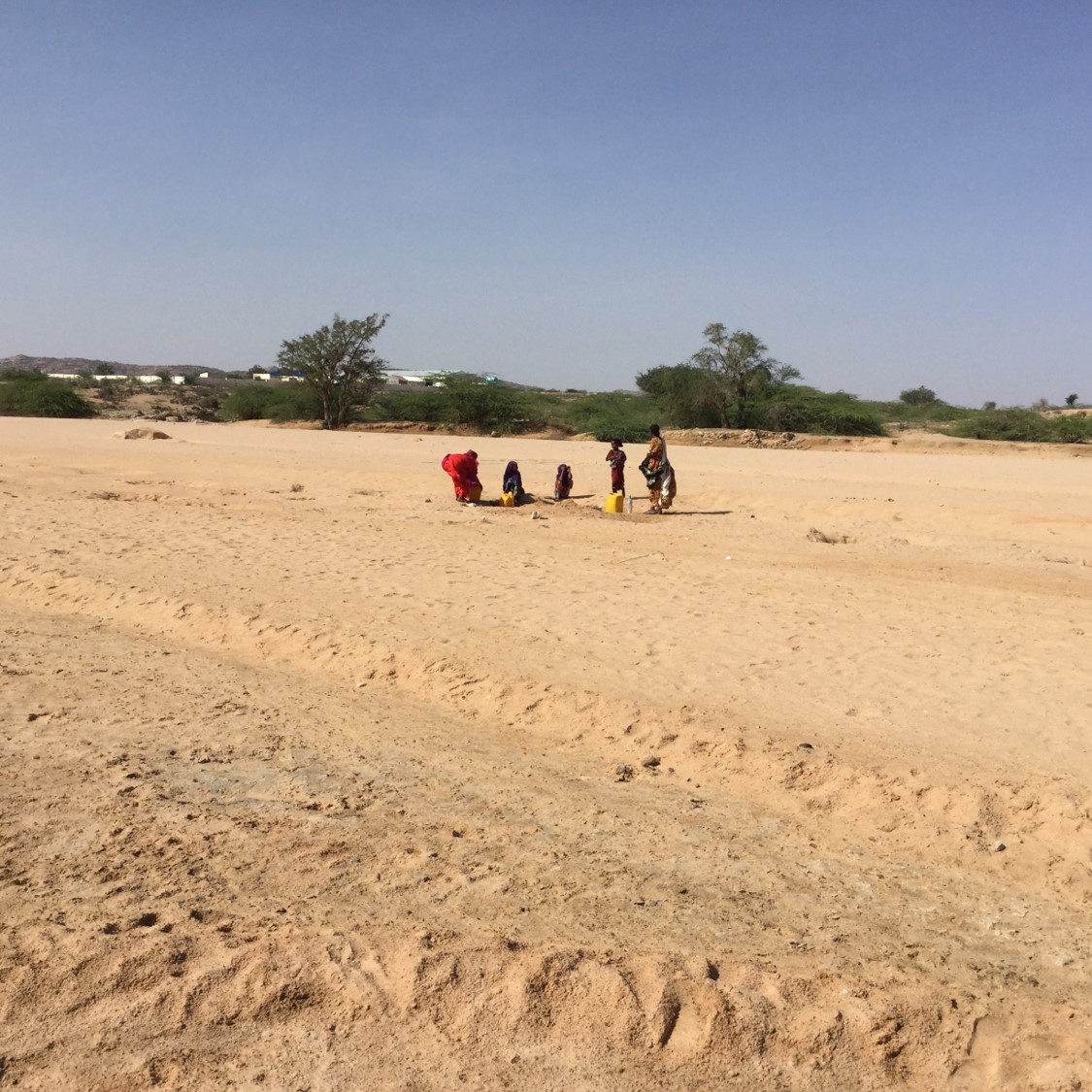 Some people are suspicious of the postponement, saying the drought is being used as an excuse to postpone the voter registration process, which may ultimately lead to a further delay of the elections. They are already delayed by nearly 2 years, as they were initially planned to take place in July 2015. But in the end, even the opposition party, who was mainly opposed to the postponement due to the voter registration already having been completed in three regions most affected by the drought, agreed to it.

However, luck is on our side as we catch the last two days of registration in Gabiley and Saaxil. As we head towards Berbera and Sheikh in the North, the road shines like a mirror. The heat is oppressive, the air hazy, as it always is when it is about to rain. Only sheep, goats, and camels thrive in this barren landscape.

What we see when we get to the centres is impressive; the process is well organised, voters are peacefully registered, staff are capable and diligent, the technology is working, and there is no reason for concern that any manipulation of the system may be taking place. This is important, because during previous registration processes, there were open and widespread multiple registrations. This has led to the introduction of the new iris recognition system which is now used to register voters, and seems to be very effective.

Somaliland is the first African country to use this new iris recognition technology.

If the elections will take place as planned, and the process in the three remaining regions is as effective as it has been in the three regions already registered, Somaliland’s strides towards representative democracy are truly progressing.

Somaliland remains an internationally unrecognised state. Since it declared itself unilaterally independent of Somalia in 1991, it has been making remarkable strides towards democracy, providing peace, stability and democracy in a region where all are scarce. However, as Malou explains, in her blog 'Only the Sky is the Limit', there is still a vast amount of work to be done when it comes to inclusive governance and real democracy that recognises and involves women as equals not only at the ballot box, but also in political decision-making. 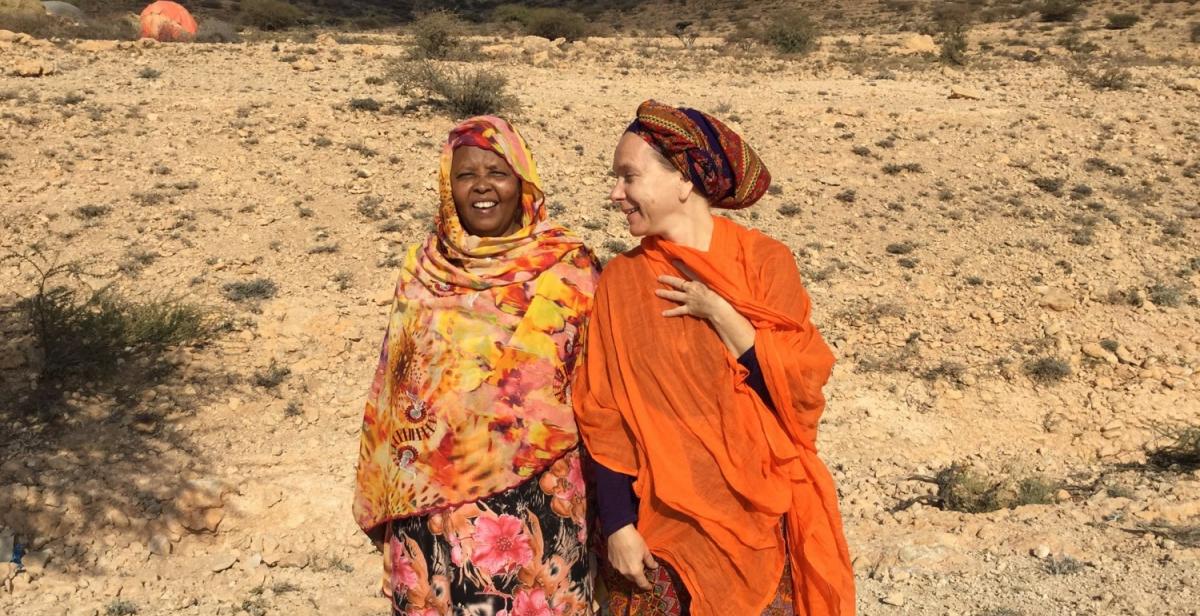