Home » What's faith got to do with it?

What's faith got to do with it? 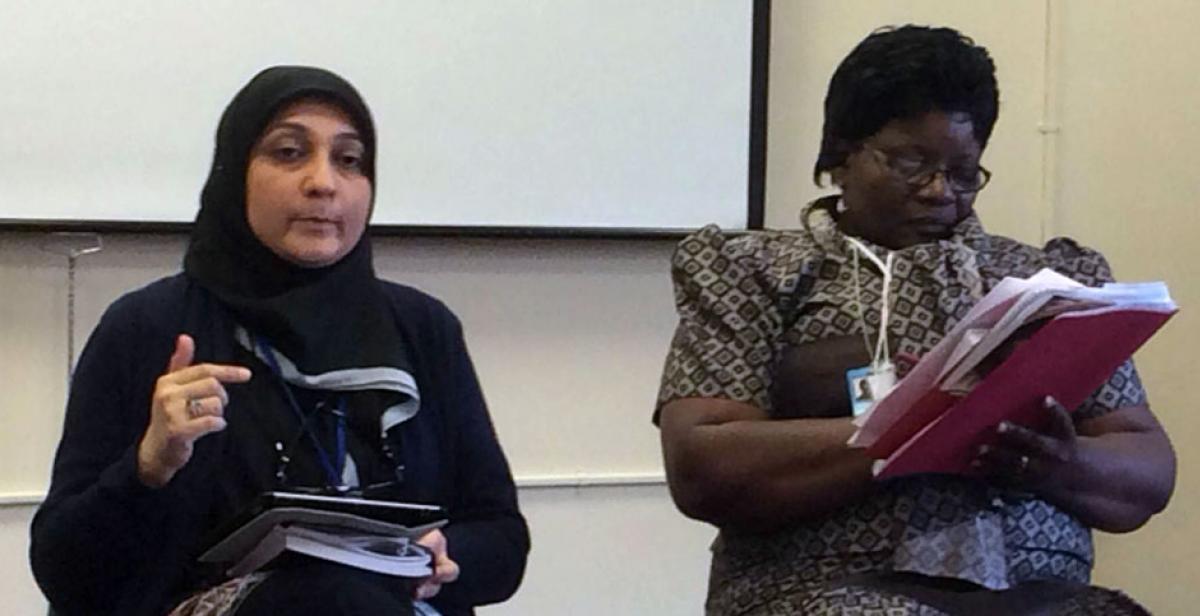 There were more than 50 events a day at this year’s UN Commission on the Status of Women, but only a handful were focused on the role of religion in women’s empowerment and disempowerment.

For our event What’s faith got to do with it?, Progressio put together a panel of speakers from various backgrounds, representing different beliefs and countries. We heard from representatives from a diverse range of faith communities, from the Anglican community in Zimbabwe to a Muslim outreach worker from Pakistan currently working in the United Kingdom.

The aim of the event was to create a safe space for people of different faiths to share their experiences about the role of faith in their life and the communities they work with.

“It is so important to have this event, people often characterise faith as regressive, but we can create a space for progressive people of faith to come together,” commented Helen Stawski  from Islamic Relief.

One of the key messages from the event is that women should be encouraged to study theological texts. Faith Mugisa, one of the speakers from Zimbabwe, said: “When girls are told that they have to marry early, when women are brainwashed by men, when their men tell them that they have to follow strict rules: women need to study theology. Then they can lead the way in interpreting the studies.”

Farhana Kapasi, who works for the Al-Mahdi Institute in Birmingham, highlighted the role of culture. Practices like early child marriage and Female Genital Mutilation are a cultural tradition, not part of Islam: “We need to study the theology in its pure words, and not look at tradition and culture which are used to justify practices that are not necessary part of the religion.”

There was also general agreement that we need to create forums for people of different religions to come together. It is very important to mix up groups, learn from each other and build a coalition against the more conservative voices that currently dominate the agenda of faith.

Maureen Meatcher, from the National Board of Catholic Women in the UK, reminded us that after the world wars, Europe was in a similar state to those countries that we call ‘fragile states’ nowadays. The Catholic Church offered courses for women to learn how to read and write which was really empowering. She hopes that other countries will also start to recognise the importance of empowering women.