Home » Progressio side event at CSW60

Progressio side event at CSW60 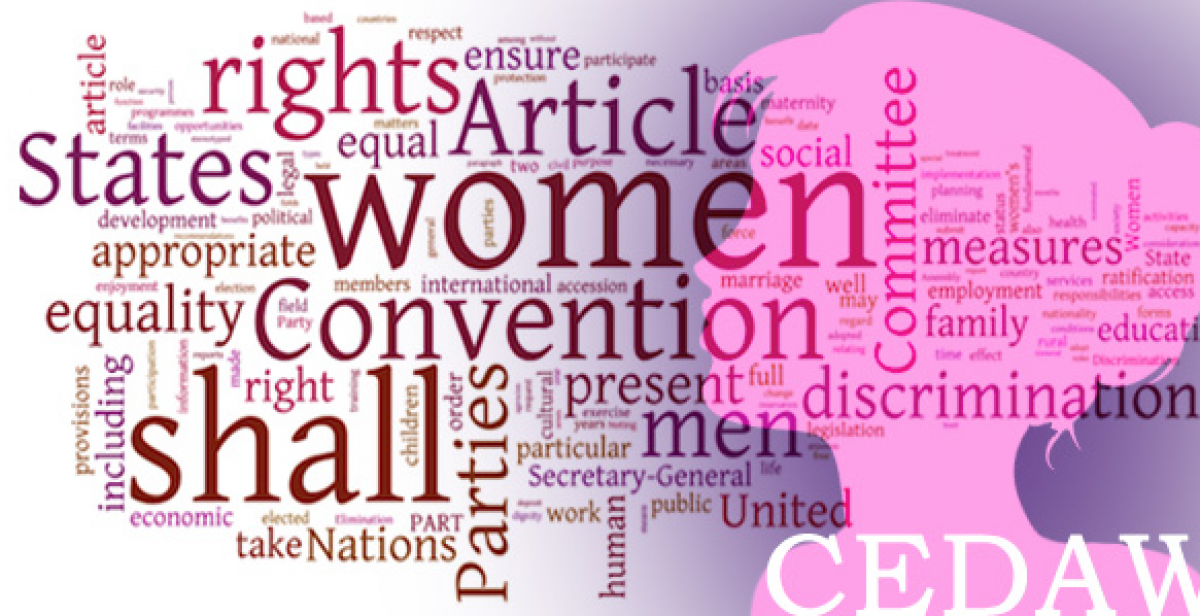 At the 60th session of the Commission on the Status of Women (CSW) Progressio is hosting a side event with the aim of discussing existing harmful practices such as child, early and forced marriage, and looking into how they can be eliminated. The panel will have a specific emphasis on modifying social norms, as outlined in CEDAW article 2f.

The event is entitled ‘The Influence of Cultural Traditions and Social Norms on Access to SRHR-and What CEDAW's Got to do with it’ and will take place on the 17th March at 4.30 in the BOSS room of the Church Centre next to the official UN building.

One of the greatest developments in the last 40 years has been the recognition of women’s rights as human rights and in particular the right of women (irrespective of their marital status and age) to decide freely and responsibly on matters related to their sexuality, including sexual and reproductive health.

Nonetheless, it has been recognised that social and cultural barriers (social norms, religious beliefs and cultural traditions) have an impact on how girls and young women can exercise their sexual and reproductive health and rights.

A society in which a young woman is denied her rights to access any sexual and reproductive healthcare because of her social status is an unhealthy society.

But, faith, religious beliefs and social norms can also have a good impact, and harmful norms can be deconstructed. Legal frameworks and human rights aim to protect girls and young women from harmful practices such as child, early and forced marriage, but how can governments and civil society work together towards making this promise a reality?

The side event will bring together experts on engaging with legal frameworks and key human rights instruments in tackling discrimination in the name of culture or religion and/or culture as well as practitioners and researchers operating in this field.

We're delighted to welcome the follwing panel members to our discussion:

MacBain Mkandwire holds a Masters of Science in Leadership and Change Management from Leeds Metropolitan University in the United Kingdom and Bachelor of Education (Science). He is the Executive Director of Youth Net and Counselling (YONECO), previously has been a lecturer in Chemistry and Chemistry education and secondary school teacher. Though he has done some research, in particular on girls and education, mental health and young people affected by HIV and AIDS and currently working on sexual abuse and children, his research interest are around mental health, HIV and AIDS, sexual and reproductive health and rights and youth development. He recently established a unit of research within Youth Net and Counselling (YONECO) and hoping to develop the unit into a strong research point for youth development.  MacBain Mkandawire has held several portfolios of local and international nature which include Regional Representative, Child Helpline Africa Region (2008 – 2010); Chair, Council for Non-Governmental Organisations in Malawi (2014 to present) Chair of Civil Society Education Coalition (CSEC – Malawi – 2012 - 2014) , Chair of Feed the Children Malawi Advisory Board (2013 to present); Chair – Finance Committee of ANCEFA and Moderator for African Network for the Campaign for Education for All (ANCEFA), Chair – Parenting in Africa Network; Custodian – Africawide Movement for Children (AMC) among others.

Shabina Begum was called to the Bar in 2009 and admitted as a solicitor in 2013. She was awarded the Blackstone Entrance Exhibition Award and the Lord Lowry Scholarship by the Honourable Society of the Middle Temple in 2008. Shabina specialises in domestic violence, honour based violence, forced marriage, stranded spouse matters, children disputes, divorce and financial orders, with expertise in Shariah Law; both family law and Islamic financing. She has worked as an Independent Domestic Violence Advocate handling high risk cases and extremely vulnerable clients. In 2012 she was awarded a Winston Churchill Travel Fellowship enabling her to travel to Sri Lanka, Cambodia and India to conduct legal research on the issue of acid violence. In 2014, she was awarded a Churchill Fellow Medallion, by the Winston Churchill Memorial Trust, for her research and she was recognised by the British Bangladesh Power and Inspiration Awards as one of the top 100 influential British Bangladeshis in the UK.

Growing up in Germany, Fatima’s youth has been shaped by a keen interest in community engagement, such as being part of youth clubs and volunteering at a local community centre. Fatima holds a Masters in ‘Conflict, Security and Development’ from Kings College London and started working for international development charities in the UK shortly after graduating. As Policy and Advocacy Officer at Progressio, Fatima leads work on Young women’s and girls’ Sexual and Reproductive Health and Rights as well as Violence against Women and Girls. In her policy and advocacy work on SRHR, Fatima focuses on the interplay between social norms and religious beliefs on young women’s decision making in matters related to pregnancies and marriage.

Can't make it in New York?

If you can't attend in person we'll be recording the side event so capture all the discussion and learning. Check back here for the video soon.