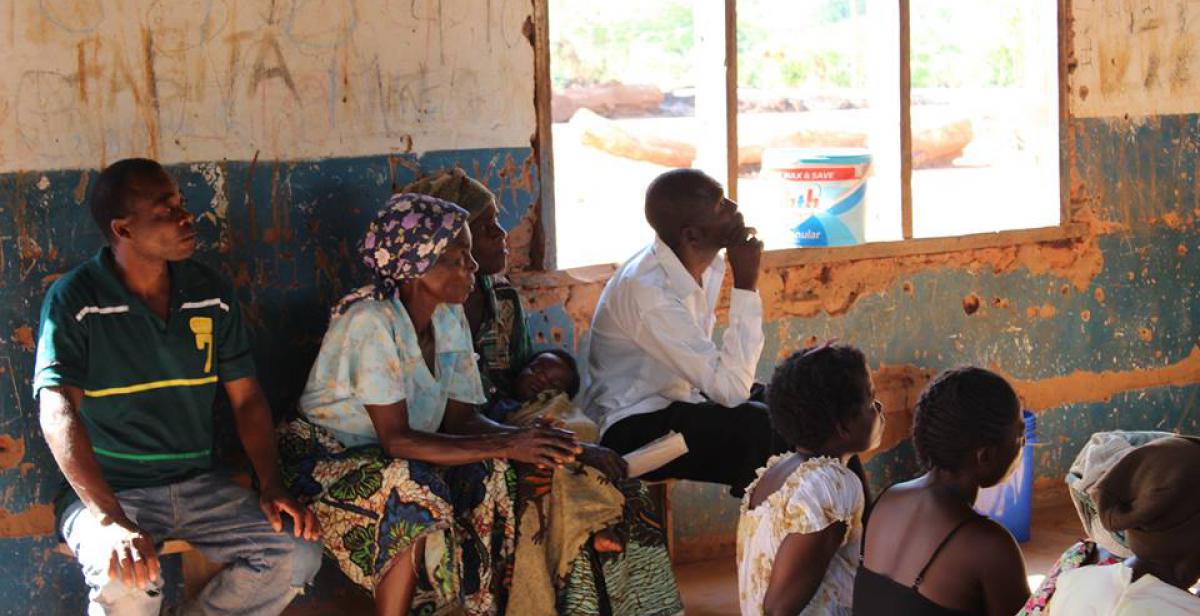 Thomas Msiska, Malawi Country Representative for Progressio, explains how harmful social norms and poverty exacerbate the issue of violence against women in Malawi.

The issues relating to gender-based violence (GBV) in Malawi are exacerbated by the fact most people live in poverty-stricken rural areas, where social norms and cultural practices often take precedence over national laws and policies. This makes it hard to end and prevent harmful practices towards women and girls at a grassroots level, as the lack of access to information, education and resources perpetuates the conflict between cultural beliefs and national laws.

In many communities, women have a lower social status than men throughout their lives, which makes them vulnerable to harmful practices from an early age.

For example, it is believed the girl’s role is to become a wife, whereas the boy’s role is to be the breadwinner, so the little resources available are spent on boys, especially when it comes to education. Girls are also subjected to many household chores, like fetching wood and water, which impacts their ability to favourably compete with their male counterparts in terms of learning and performance in class.

Girls grow up with little or no access to education, and they learn from an early age that they need to model themselves into a woman who will be a good wife. When they reach puberty, they are advised to get information on Sexual and Reproductive Health (SRH) from their aunts. However, the aunts’ advice varies depending on the social norms prevalent in their communities and in most cases the advice is skewed towards encouraging them to practice sex in readiness for marriage.

In some areas, girls who reach puberty are exposed to initiation ceremonies that violate their human rights. Some initiations include forced sexual intercourse, abuse and female genital mutilation (FGM).

In some initiations aunts or elder women hire men, locally referred to as ‘hyenas’, to have sex with the girls who just passed puberty, as it is seen as a way of preparing them for adulthood. As no contraception is used, some girls end up pregnant or contract HIV and other sexually transmitted infections.

There are also cases where girls and young women are requested to dance in a sexual manner at local ceremonies. This can be demeaning, and the dancers are also vulnerable to men who coax them into having sexual relations afterwards.

The fact that men pay lobola (the bride price) for their wives perpetuates the issue of forced marriage, as families living in poverty sometimes can’t turn down the lobola offered to them for their daughter’s hand in marriage. It also means that once married, women are expected to become submissive to their husbands, including in sexual relations. For the wife, it is a matter of saying:

Ok, the husband wants, so I will provide it.

We need a lot of effort from NGOs and the government to make sure the laws and policies already in place can be applied at the community level to address harmful cultural practices. It is crucial for community and religious leaders to follow these laws as well, and for women and girls who want to report acts of violence or discrimination to be able to do so. 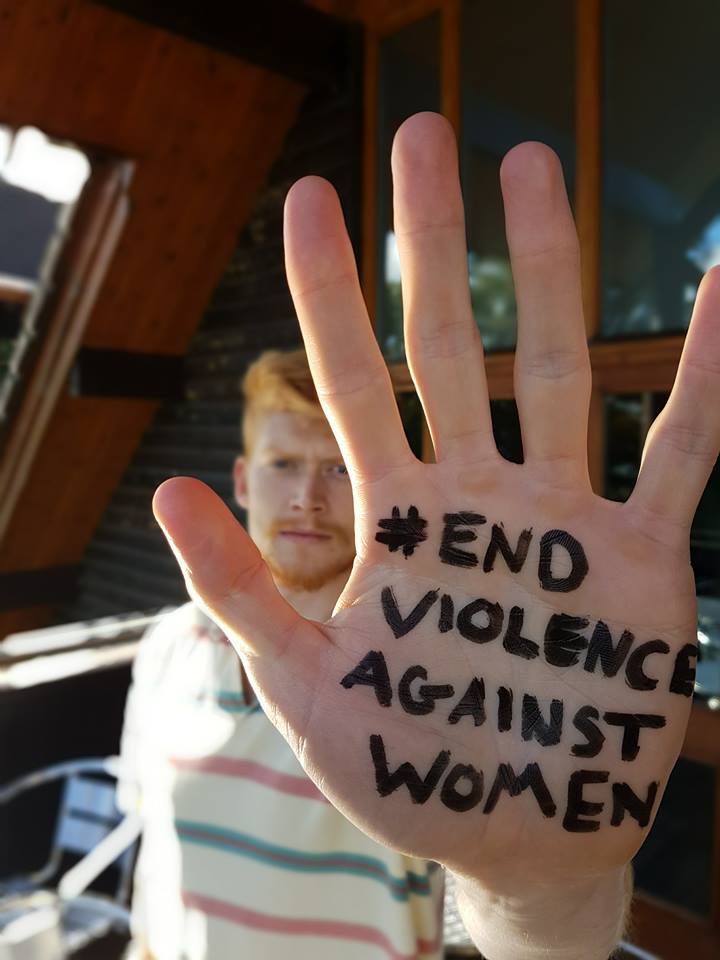 The work carried out by our International Citizen Service (ICS) volunteers is a great example of how awareness raising at a community level can make a difference. ICS is a volunteering initiative funded by the UK Government through DFID, and is implemented by a consortium of UK-based charities where young adults from the UK and developing countries are placed with local organisations in developing countries to take part in addressing development challenges faced in the placement communities, thereby contributing towards the national development agenda of the developing countries. Our volunteers work alongside our local partner organisation, Youth Net and Counselling (YONECO), to raise awareness of young people’s Sexual and Reproductive Health and Rights (SRHR), with a focus on girls and young women so they can grow up knowing their SRHR.

Just because of gender, women and girls should not have to be submissive when their sexual partners ask for sex. If they are not ready to have sex, they should know that they can say no. And, if they want to use contraception, they should know they have the right to demand it.

After the work carried out by our ICS volunteers, we have had testimonies from girls and young women saying:

“We didn’t know that we also had such rights, where we could also negotiate for safer sex or say no if we don’t feel ready for sex.”

The volunteers also work with parents in rural communities, encouraging them to have more open conversations with their children on SRHR. Some parents also believe the SRHR youth groups are places which encourage promiscuity, so our volunteers speak with them about why it is important for young people to have access to SRHR information, such as HIV testing and counselling.

Women’s economic empowerment is also key in tackling GBV. Women who have no economic independence can feel trapped in abusive and violent marriages because if they left their husbands, they would not be able to provide for their children. But when women are economically empowered, they can feel more confident to stand up for their rights and leave abusive situations.

More people are standing up to report cases of GBV now, but there is still a long way to go.

We need to focus our efforts on advocacy and lobbying with the authorities to make sure the formal laws already in place are used and implemented at the local level. We also need to lobby the traditional and religious leaders to come up with bylaws that would assist in really fighting the cultural practices that perpetuate gender-based discrimination and violence.

Malawi has solid GBV laws in place, and there is a commitment from the government’s side to eliminate GBV. So, the key aim should now be to work with communities to ensure these laws and policies are enforced at the grassroots level, so that we can help women stand up for their rights and end violence against women in Malawi.

We must all work together to eliminate violence against women and girls.

Take action today in Progressio’s final campaign, write to your MP to ensure the Department for International Development continues to make progress on this issue.

Our final campaign starts on November 25, the International Day for the Elimination of Violence Against Women (EVAW), followed by the UN's 16 Days of Activism against Gender-Based Violence Campaign. This is a chance for people all over to world to come together and act to end violence against women and girls, an issue close to all Progressio's work over the last 76 years.

Every day until the 10th of December we will release a new blog, video and photo that shows why #EVAW and tackling harmful #socialnorms in the process is crucial. We will also release a policy briefing which you can send to your MP to ensure they are doing all they can to #EVAW globally. Help us raise awareness by sharing, liking and re-posting as much as possible. Thank you. 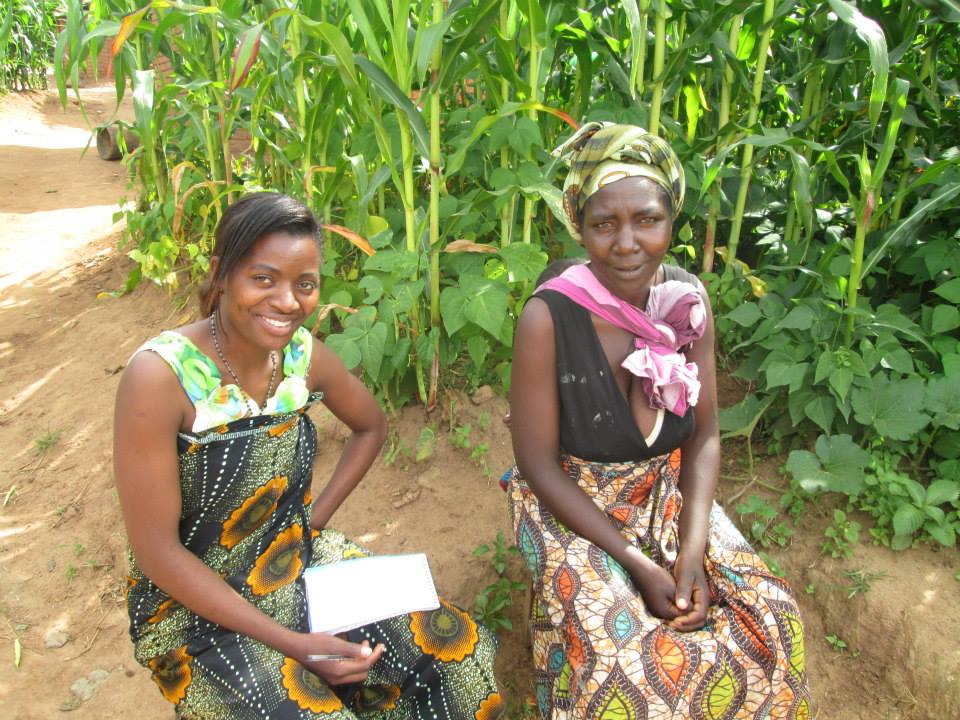