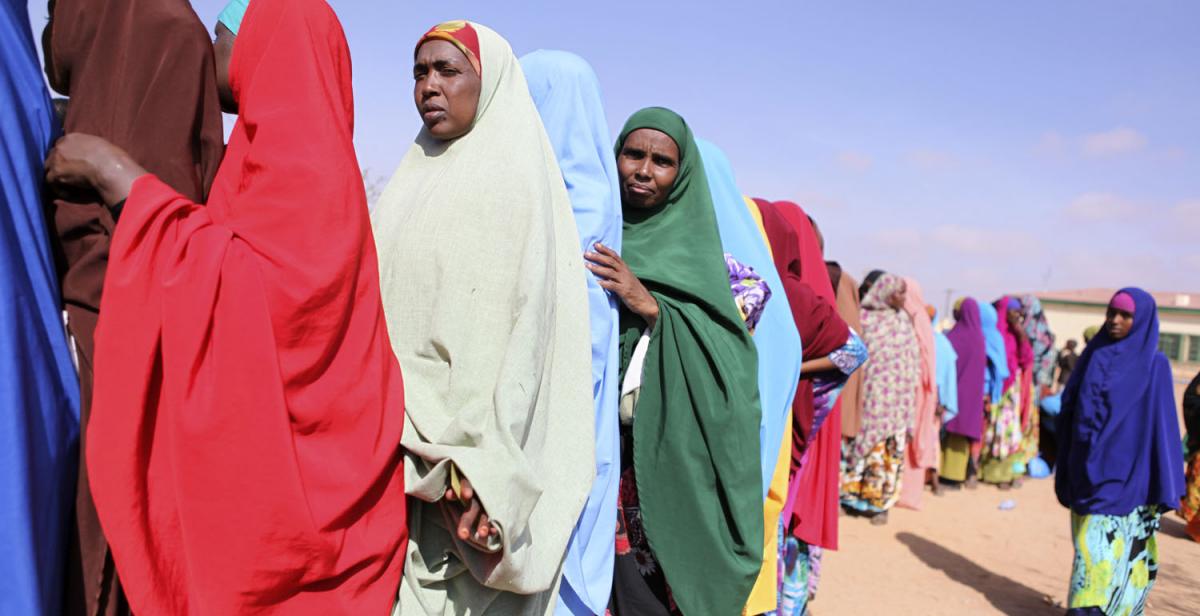 Steve Kibble reports on the International Election Observers' first impressions of how the local elections in Somaliland, which took place on 28 November, went:

Sadly, there were reports on pre-election night of an actual death in Somaliland's coastal town of Lughaya as presumed Djiboutians made off with a ballot box (which was immediately cancelled) from a police station leading to an exchange of fire. It is, however, quite some way from the Djibouti border.

Our 50 observers (including 22 women) started going out to the regions of Erigavo and Saylac from Monday 26 November, all six regions were covered but not all districts given security considerations. The next day obervers were sent to Borama, Burao, Aynavo, Berbera, Baki, Oodwenye – two observers with two SPUS. Often these were a mix of Somali speakers and internationals. On the third day observers went to Hargeisa, Gabiley and Salaxlay. We were pleased to be able to take four members of Puntland and (South Central) Somalia civil society about with us.

Meanwhile Hargeisa seemed to have some of the bigger problems… Some polling stations did not open on time and were not very well organised. Some polling centres became flashpoints for unruly crowds and excessive police responses as groups jostled with each other to get into the different, but adjoining, stations. There were reports from several places from domestic observers of the government using its own cars to transport voters. This is so far unconfirmed by international observers, but we have pictures of large trucks ferrying presumed voters about, although party allegiance was difficult to pin down.

A slight oddity in a scruffy downtown Hargeisa polling station was talking to a French speaking party agent (perhaps not odd given that ‘foreigners’ in Somali are all deemed French – Ferenghi). Did this (on the basis of one) bear out the allegations that the Djiboutians, Ethiopians and Puntlanders were flooding over the borders to vote? Slight problem here in that this is the rumour flying round for every election, plus the fact that the borders were sealed and there is only supposed to be electorally-related traffic on the roads.

It also contrasts somewhat with acusations from Puntland president Faroole that the installation of ballot boxes and polling stations in the eastern regions of Sanaag and Sool were an attack on Puntland’s sovereignty, given it also claims these areas as its own. Hence reports of clashes between the two political entities somewhere near the town of Xudun on election day (later reports have fingered a different militia, a separatist outfit called Khatumo).

The large numbers of voters meant that ballot boxes were already getting full by midday. The papers are extremely large due to the number of candidates, especially when badly folded and stuffed into the ballot boxes. In general our observers were able to get access to polling stations, able to enter freely and observe the process, although at least one group in Burao was refused entry to the count. As ever there were queues differentiated by sex.

For most observers the overwhelming impression is one of massive enthusiasm for voting - even it means a somewhat volatile situation. One cannot help but be struck by the contrast for voting say in Sunderland South for the European Parliamentary elections with all its attendant apathy.

As Stephanie and Steve toured Hargeisa polling stations accompanied by a national TV crew we encountered the entourage of the President coming to vote with fifteen cars, two armoured personnel carriers, and pickup trucks full of soldiers. We decided not to engage with this inside the polling station although it seemed that the entire press corps of Somaliland thought otherwise. Trailing around with a camera crew we were constantly surrounded by a six deep of circle of young lads – never girls.

We hosted and briefed an EU delegation from Nairobi in the office. The UN also came in for the elections but only after it apologised for addressing their letter to Somaliland's president incorrectly.

The day after polling day (29 November) we held a press conference detailing where all the observer teams had been and our 20% coverage of polling stations and warned that anything we said was preliminary as we needed to check any allegations. We noted that we would be following up on concerns expressed from some observers about attempted multiple and underage voting, the over-enthusiastic policing, bussing in of voters, how the indelible ink seemed less so and other concerns (see our press release). We would of course also be handing out our positive observations - that at the present time seem to far outweigh these concerns.

We are now debriefing the returning teams of observers, collecting their detailed forms and their more off the cuff immediate impressions. We hope to come to an assessment of these elections and present it to a press conference on 3 December as most observes leave, bar our skeleton crew (hope Valerie doesn’t mind this description). This will be also the time we report to the National Electoral Commission (fine body of men – in all senses).

A great and tiring time had by all. Watch this space.