Out of the rubble – Somaliland at 20 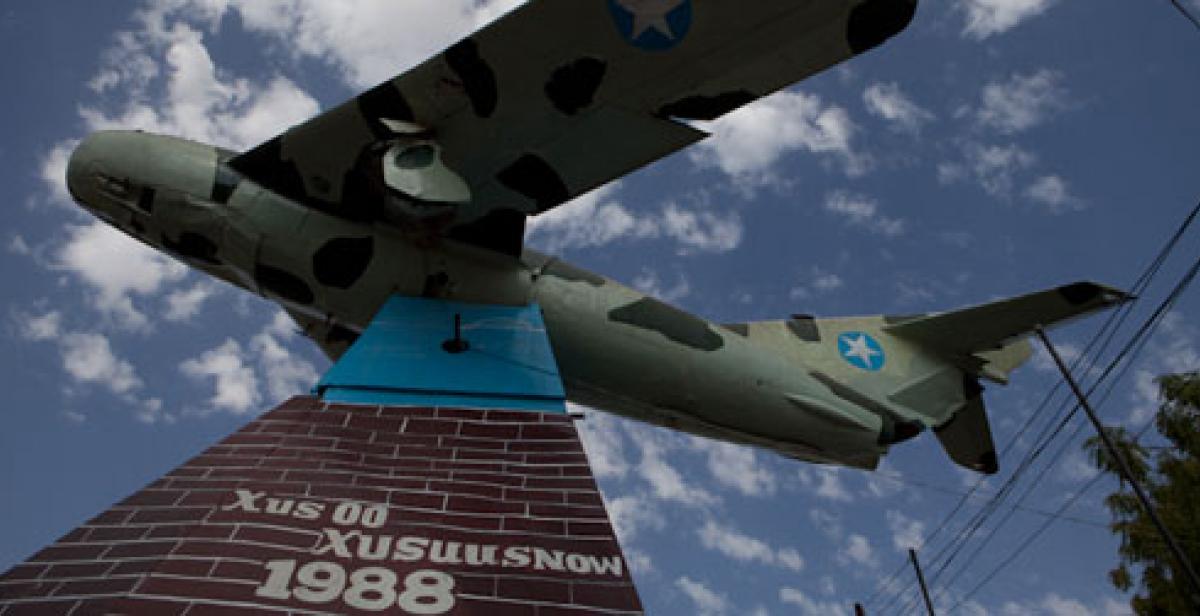 Dr Adan Abokor, Progressio’s country representative in Somaliland, reflects on the day he returned to his home city, Hargeisa, in May 1991 – and on how Somaliland has risen out of the rubble in the 20 years since then

During the civil war in 1988, Hargeisa, Somaliland’s capital city, was reduced to rubble and 80% of public utilities and services were completely destroyed. Between May 1988 to March 1989, as many as 500,000 civilians fled to Ethiopia from Hargeisa and other major cities in the north, and an estimated 50,000 civilians were killed (Africa Watch 1990). Mark Bradbury, author of the book Becoming Somaliland, described the view from the air in 1991 as "resembling a city of dry swimming pools, which on closer inspection were shells of houses whose roofs had been systematically looted during the war".

This was the city I returned home to 20 years ago after having spent eight years in solitary confinement in Labaatan Jiro prison in south Somalia. I was one of 20 prisoners of conscience known as the ‘Hargeisa Group’.

When Somaliland declared independence from the rest of Somalia at the ‘Grand Conference’ in Burco on 18 May 1991, people started to voluntarily repatriate and return to the cities.

When I returned, I was with a German emergency doctor and a nurse. We’d been warned not to enter the city because of the danger of mines and other explosives, but we’d heard so much about the 1988 civil war and the destruction of Hargeisa and Burco that we found the courage to proceed, and were among the first people to witness the devastation resulting from the atrocities committed by Siad Barre’s regime.

As we walked from the city gates to the centre, we were in shock because we could not believe what we were seeing; horrible scenes of destroyed houses and facilities and enormous amounts of rubble. The German doctor I was with shed tears all the way. She could not stop crying. “This place looks worse than Dresden in World War Two,” she told me. She had been four years old when the Allied Forces bombed Dresden in WWII. She remembered Dresden reduced to rubble and never imagined any place could be as devastated as Dresden had been then.

We’d already heard stories of how this havoc and genocide had been carried out by the dictator Siad Barre’s regime and his white mercenaries who flew the MIG fighters that bombed the city. We met children in the refugee camps in Ethiopia who told us that the mercenary pilots flew so low that they could see their faces. When these children first arrived in the refugee camps they avoided white people working for humanitarian agencies and both children and adults told us how they experienced recurring nightmares.

The freedom to return

The refugees had fled empty-handed and though they returned in 1991 with nothing but plastic UNHCR [the UN refugee agency] sheets and containers, they cherished the freedom to return to their homes even though there wasn’t much left but rubble.

Typically, they’d use the plastic sheets to cover one room in their old homes to use as a shelter. Or those who found their houses had been completely destroyed built traditional huts to protect them from the sun and the rain as they began work rebuilding their lives.

Amidst this rubble and destruction, the people wanted to build for themselves a peaceful and democratic state with opportunities for all to experience a better future. From 1995, Progressio was there to support that journey. We did much to help establish primary health care and rehabilitate hospitals and MCHs [mother and child health clinics]. But of course our focus is on empowering people, ensuring that marginalised groups have a voice – women, youth, and disabled people – to demand for their rights which they lacked for the last two decades.

Progressio’s contribution is based on building a capable and confident civil society. Civil society organisations (CSOs) have emerged as an important social, economic and political force in Somaliland. CSOs are active in service provision, and are contributing to peace and reconciliation; promotion of human rights; civic education and awareness; and entrenchment of attributes of good governance such as accountability and transparency. CSOs have also taken on some of the traditional functions of the state, such as dispute resolution, advancing the rule of law and the cause of justice.

In the 20 years since its declaration of independence from Somalia and the end of a protracted and destructive civil war, Somaliland has made enormous strides to rebuild its structures and society. Today, the country has many of the attributes of a state, with a constitution, a functional parliament and government ministries, an army, a civil police force, judiciary and multiple political parties. Both local and presidential elections have taken place with a strong representation of women voters. The latest presidential election in June 2010 was declared to be largely free and fair by an extensive team of independent international electoral observers coordinated by Progressio and Somaliland Focus (UK). [Progressio’s report on the presidential elections is published on Somaliland independence day, 18 May.]

Although Somaliland is still seeking formal international recognition, there is a creeping informal, pragmatic acceptance of Somaliland as a political reality. International organisations as well as the United Nations and the European Union now work with the administration as responsible authorities. The administration has developed low-key bilateral relations with neighbouring Djibouti and Ethiopia, and with regional bodies such as the Inter-Governmental Authority on Development (IGAD) and the African Union.

For Progressio, the 20 year anniversary is a celebration of people power. There is much still to do, but if we remember where we started, there is much to be proud of.

Want to read more on Somaliland at 20? Check out Regina Nyirenda's blog on young Somalilanders flying their flag online!

Dr Adan Abokor has been Progressio’s country representative in Somaliland since 1995. He is retiring at the end of May 2011.

Photo: In the centre of Hargeisa stands a monument incorporating a Russian MIG fighter of the type used for the bombing of the city in 1988 so that, in Adan's words, "people do not forget and younger generations understand the atrocities committed in Somaliland". (Photo © Claudia Simoes/Progressio)