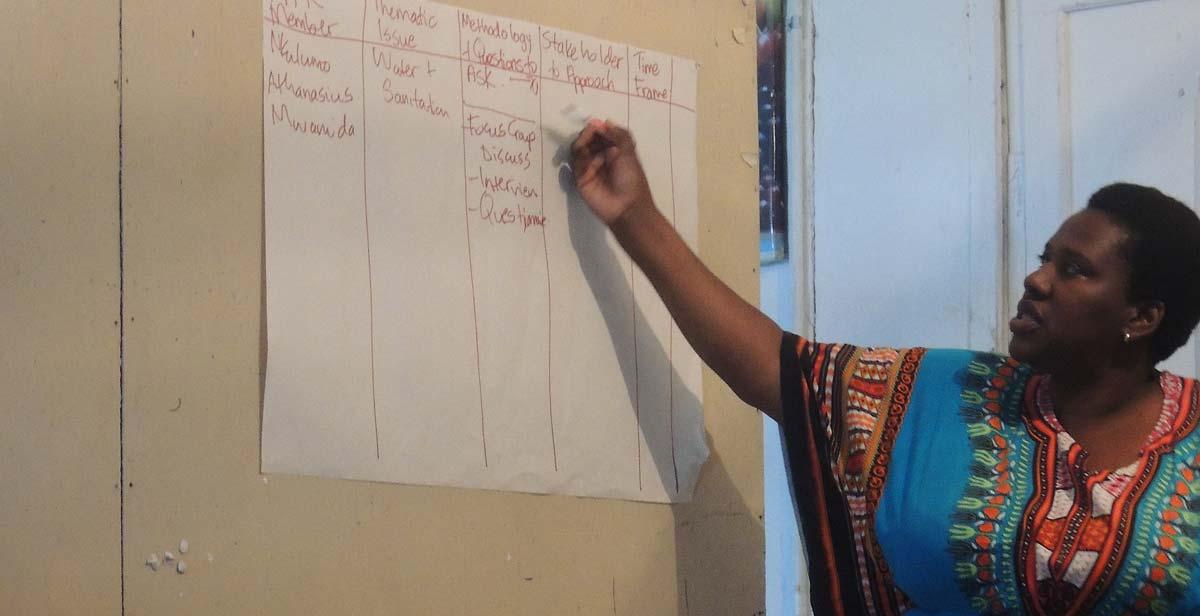 Tafadzwa Roberta Muropa, from Zimbabwe, was a Progressio development worker in Malawi from March 2013 to June 2014, with the Catholic Commission for Justice and Peace (CCJP) Archdiocese of Lilongwe.

What have you done since leaving Progressio and what are you currently doing?

After leaving Progressio, I got engaged in consultancy assignments at national and regional level within the economic justice networks. Upon my arrival from Malawi, I was able to convene a panel discussion at the United States Public Affairs Section in Harare, where civil society colleagues who observed the Malawi 2014 Tri Partite Elections gave their experiences on how the elections in Malawi were conducted and lessons learnt for civil society in preparation for 2018 Elections in Zimbabwe.

In May 2015 up to December 2015, I then joined ActionAid Denmark as a Development Worker/Inspirator in Uganda where I supported one of its partner organisations, Forum for Women in Democracy (FOWODE), in enhancing women’s voices towards demanding for accountability, focusing on economic governance.

I am currently working with the Centre for Natural Resource Governance as a Programmes Manager, based in Harare, Zimbabwe, where I have been since January 2016.

Please describe your role and the partner organisation that you worked with as a Progressio development worker.

My role as a development worker with Progressio was to enhance the capacity of officials from the Malawi Electoral Commission (MEC) Central Region, CCJP Lilongwe and its alliances, which included Muslim Association in Malawi, Evangelical Association of Malawi, and Anglican Church and CCAP Nkhoma (Church of Central Africa Presbyterian), towards promoting political tolerance in preparation for the 2014 Tripartite Elections in Malawi. The project was funded by the United Nations Democracy Fund (UNDEF) and implemented in the seven districts of the Central Region where the above stated faith-based institutions and MEC operated.

What inspired you to become a development worker?

My desire to work with communities from different backgrounds and inspire them to identify opportunities that lie within and not dwell on the difficulties that they encounter on a day-to-day basis. 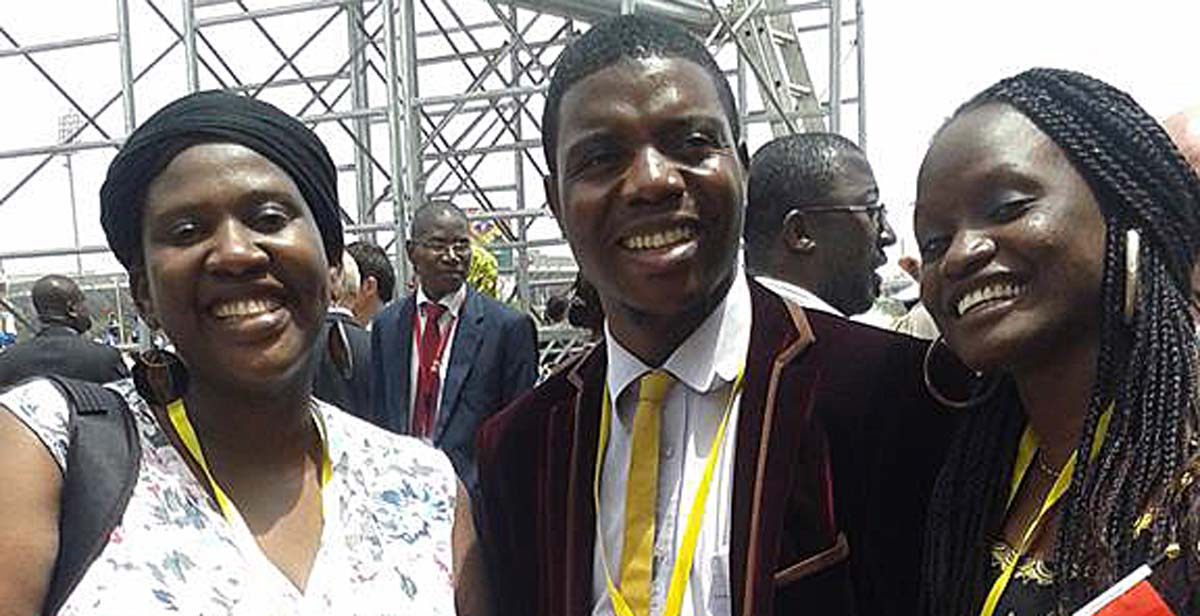 What struck you most about Progressio’s development worker model/approach?

What did you enjoy most about your role, and of your experience as a development worker?

I enjoyed learning about the different customs in Malawi, appreciating the role that women play in the community, as well as being able to network with other civil society organisations at local and national level. This helped me to have a better appreciation of the context in which the partner organisation operated and how the political developments had an implication on the project that the partner organisations implemented.

What were some of your main achievements while working as a development worker?

I was able to support CCJP Lilongwe in enhancing its networking at local and national level, especially in the field of electoral governance. This included linking the local youth and women to already existing youth NGOs and gender rights NGOs, such as the Gender NGO Co-ordinating Network, which I had established links with prior to joining Progressio. The partner organisations appreciated the need to enhance youth and women’s voices in electoral processes at local level and encourage women to be involved in building peace at local level. I supported CCJP Lilongwe in setting up a social media page on promoting political tolerance, which the officers would use to update its stakeholders on progress made in the project implementation. I was also able to mentor one of the staff officers to mainstream youth-related programming in electoral processes. During the placement, I managed to support MEC officials in enhancing their relationship with faith-based organisations and communities at local level, so that they could earn their trust again in the management of elections towards the general elections in 2019.

And what were some of the key challenges and lessons learnt?

Some of the challenges that I encountered included a lack of appreciation for the development worker model from the partner organisations. Secondly, I was separated from my daughter and initially I couldn’t cope, but with time, I learnt to adjust as she would visit me during the school holidays. It made my stay bearable. The key lesson learnt throughout the placement was the need for continuous engagement between the Progressio offices and its partner organisations on the benefits of a development worker and the need to embrace different cultures.

Did this experience change you as a person in any way? If so in what way(s)?

This experience was a learning curve for me as I was able to apply the lessons learnt in the next assignment I undertook in Uganda, where I worked with FOWODE. It helped me to become more tolerant and adjust to the working culture of the partner organisation. I was able to carry out my responsibilities without much difficulty as a result of my learning experience in Malawi. 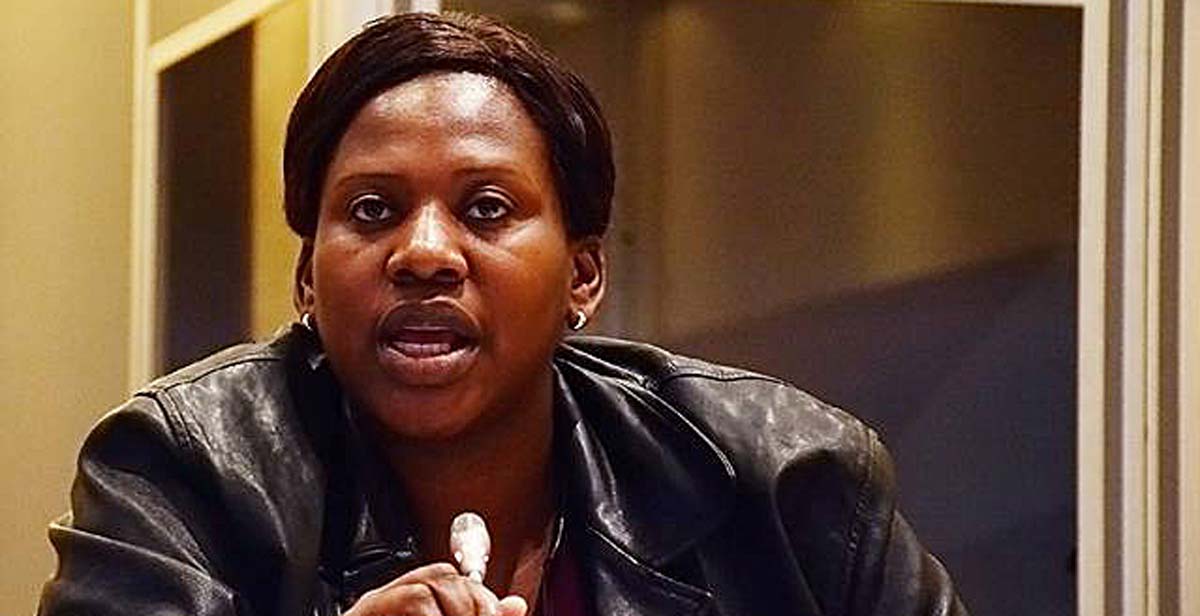 What do you think was the lasting impact of your work in the communities you worked with? Do you believe that can still be felt today?

There have been staff changes at CCJP Lilongwe hence it becomes difficult to assess the lasting impact of the work that I carried out. However, I have been able to keep track of key electoral developments in Malawi as I managed to continue engaging with key officials at the Malawi Electoral Commission Headquarters in Blantyre, who regularly send emails updating me on key electoral developments taking place. I have also been in touch with the former Secretary of CCJP Lilongwe, Dr Peter Chinoko, who now works with HIVOS’ Southern Africa office.

Did your experience as a development worker influence your career/ future direction, and help you to get to where you are today? If so, how?

What is the biggest impact Progressio has had on you?

Progressio helped me to become a humble and tolerant person. Progressio enhanced my career to a new level as I have been able to engage with colleagues at a regional and global level. I am looking forward to working with Progressio in the near future!