Somaliland and the food security crisis in the Horn of Africa 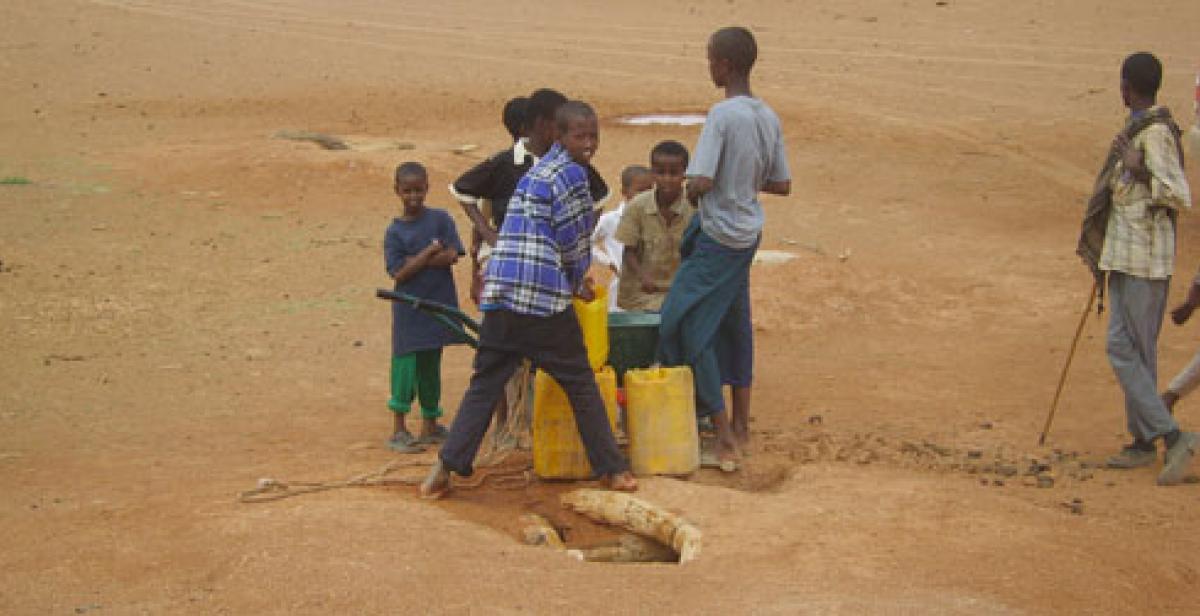 The Horn of Africa region, including Somalia, Ethiopia, Kenya, and South Sudan, is currently experiencing a severe food security crisis. How is this affecting Somaliland, and how is Progressio responding?

What is the overall situation in the Horn of Africa?

The crisis has been caused by a persistent drought which has resulted in poor availability of food. The situation has also been compounded by conflict. This in turn is now causing large numbers of people to go without adequate food, with vulnerable groups such as children and elderly people particularly at risk of acute malnutrition.

How is Somaliland affected by the food security crisis?

Somaliland is also affected by the drought, but is not as badly affected as other parts of the region at present. Progressio's country representative, Suad Abdi, reports that rains arrived late, but that in some places such as Burco, in the east of Somaliland, many areas received no rain at all. This lack of rain caused nomadic pastoralists (whose livelihood depends on livestock which feed on rural grasslands) to move to areas where it had rained.

Suad explains, "Scarcity of water has posed a continued threat to the lives of the rural nomads for the last five years. In the last year alone, thousands of animals were lost and people were on the verge of drought and starvation when the rain arrived. Because of this, the government is now trying to address this issue and promised the construction of over 100 shallow water wells and water reservoirs in the rural areas."

She continues, "For the time being, there is enough water and pasture within Somaliland, but I don’t know how long it will last".

Our country team and partners are following the situation closely. Suad explains that the drought could result in people moving to Somaliland from elsewhere in the region: "One possible scenario is the movement of drought-affected people in search of pasture to Somaliland," she says.

Is it going to get worse?

"The livelihood of rural communities in Somaliland is mainly dependant on livestock rearing and crop production, though the latter is opportunistic as it is rain-fed and usually affected by the erratic pattern of rainfall. Climate change, droughts, deforestation and over-grazing are the main factors contributing to deterioration of livelihood conditions in the country. Moreover, since the past few decades, drought cycles were becoming more frequent and hard-hitting causing human and livestock deaths while at the same time triggering internal displacement and accelerated rural-urban drift.

"Currently drought is hitting almost all part of the East African countries (Somalia, Kenya, Eritrea, Djibouti, Uganda and Ethiopia) though Somalia and Kenya are severely affected. In the three eastern parts of Somaliland (Togdheer, Sool and Sanaag regions) there are clear indications that the situation is deteriorating and may progress into a full-blown drought if the expected Deyr rains in October-November fail. The Gu’ rains of 2011 were poor and sporadic."

What is Progressio doing?

Progressio works with partners such as Candlelight, an environmental organisation that works with nomadic communities to improve their management of water resources and food security.

Lemma Belay, a Progressio development worker who works with Candlelight, is helping to train families in sustainable agriculture, soil and water conservation in the districts of Salaxley and Ballo-Gubadle. Lemma recently reported, "There are now more underground cisterns and dams constructed and rehabilitated in the eastern part of Somaliland. This mainly focuses on the drought-affected areas of eastern regions of Somaliland."

Our partner Candlelight is also advising the Somaliland government on sustainable environmental policies to be applied across the country. Through this work we are helping communities in Somaliland improve their access to food and income in the face of increasingly unpredictable weather conditions.

Is climate change part of the problem?

It is difficult to say whether any particular weather event is down to climate change. However, climate scientists predict that droughts such as the one currently affecting the Horn of Africa will be more severe and occur more regularly as climate change progresses. This is why Progressio believes that action to reduce carbon emissions and help communities adapt to the effects of climate change is very important.

How does the civil war in Somalia affect the situation?

The civil war in other parts of Somalia is compounding the effects of the food security crisis. As well as suffering the direct impact of war, conflict can also disrupt health care and education and make it harder to earn a living. It also makes it more dangerous for aid agencies to reach conflict-affected areas.

In Somaliland these issues are not as serious, due to Somaliland's relative stability and non-involvement in the Somalia civil war. This means that Progressio and its partners can work effectively in support of communities across the country. Alongside its environmental work, Progressio works to support the accountability of Somaliland's government to its citizens, especially to women and young people. This work included coordination of the international election observer mission for last year's Presidential elections.

Can I donate to Progressio's work in Somaliland?

We are not appealing specifically for funds for our work in Somaliland but donations to Progressio will enable us to continue to support the people of Somaliland - such as through our support for Candlelight, to improve the food security and water management for people in rural areas, and help them cope better with the drought and food shortages now affecting the region both now and for the long term.

This sort of long term capacity building can help communities to cope better with droughts, as our partner organisation Candlelight explains:

"Some of the appropriate interventions are cash for work (CFW) with the aim of rehabilitating water sources, environmental structures, and rehabilitation of agriculture infrastructures, assisting agro-pastoralists with farm tools, tractor services and seeds before the onset of the next rainy season. These activities can strengthen the capacity of communities in community-managed disaster risk reduction (CmDRR) and so increase their resilience and ability to respond to emergencies like drought."

Is Progressio part of the Disasters Emergency Committee appeal?

We strongly welcome the fact that DEC agencies with emergency capacity are scaling up their responses to the urgent needs across the Horn of Africa.