Home » Living Below the Line with Diabetes

Living Below the Line with Diabetes 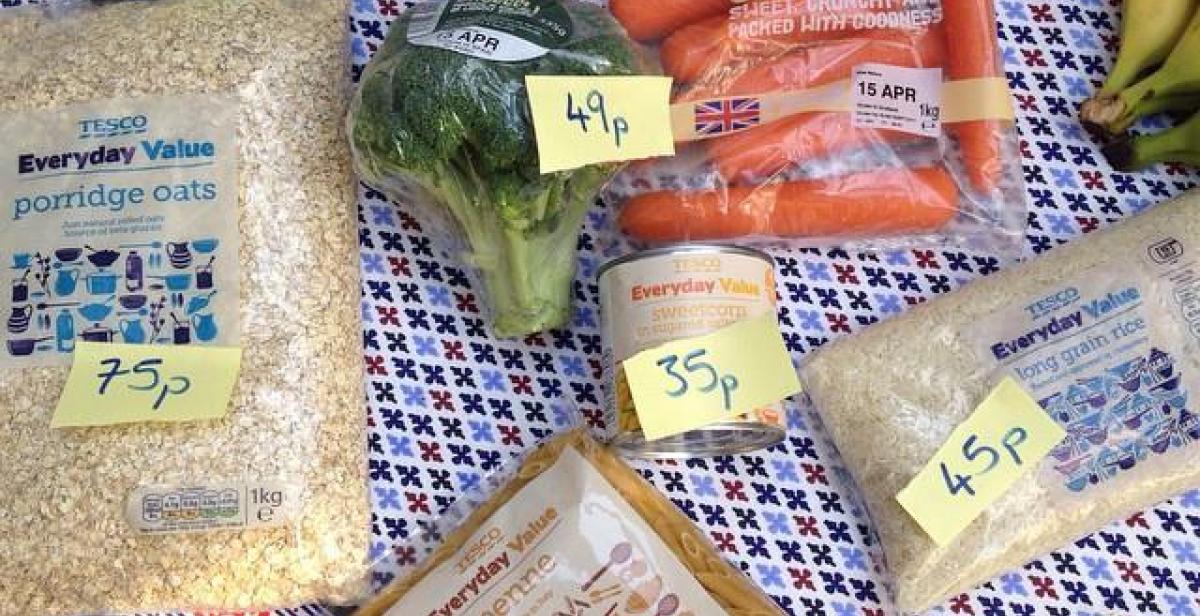 Like all great ideas, Live Below The Line is simple to understand. Spend £1 a day on food for five consecutive days. Then donate the money you would have spent to a participating charity. Get yourself some sponsors to increase the donation. Job done.

But like many things that are simple, it is not easy. In fact it is very, very hard indeed.  To live on just £1 a day means effectively to be on starvation rations. Not a diet. Starvation. There’s a big difference. LBTL provides a real glimpse of the experience of being permanently hungry. And it is very unpleasant.

I watch as my colleagues take on the challenge. Progressio staff are an amazing bunch. They are not just asking other people to Live Below the Line, they are actually doing it themselves. I really admire their commitment, enthusiasm and resilience. But I don’t envy them.

I have had two tries at Live Below The Line – and failed both times.  I am diabetic and starvation rations could undermine my condition severely,  possibly causing grave consequences which would last months, if not years. Diabetes is a fatal disease which needs careful management on a daily basis. Lack of management causes blindness, heart disease, liver and kidney failure and gangrene - to name but a few conditions.

That said, I like a challenge (I am a stand-up comedian and sometime boxer, after all). I occasionally get into the mood to face down my condition and see how far I can get in a fight with it. So in 2013, I thought I would try Live Below The Line. I lasted about two days. I had expected to feel hungry, giddy and a bit sick. And I did. So that was ok(ish!). I hadn’t expected to have blurred vision, high fever, leaden legs and a complete lack of ability to concentrate on even the smallest thing.

So, realising that LBTL was not for me as a diabetic, I gave up.

However by 2014 I had forgotten how bad it had been and admonished myself for being a total wuss  the previous year.  I decided to try again. Not a good idea.

This time, I stocked up on cheap filler carbs like Morrison’s Value Porridge  - much more filling than the previous year’s food.  But overdoing carbs is bad news for a diabetic.

After three days, having all the symptoms of the previous year plus a banging headache and excruciating back pain, when I was retching into the toilet bowl at 3am - there being nothing in my stomach to throw up – I decided to stop LBTL. I literally staggered from my bedroom to the kitchen two floors below and grabbed a rice cake just in time before I passed out.

I am diabetic because I have Asian roots and there is a very high rate of diabetes in Asia.  For me, Live Below The Line was a salutary lesson. If I felt that bad on starvation rations after just a couple of days, how debilitating must life be for diabetics who have to live below the poverty line EVERY SINGLE DAY? I can’t even begin to imagine what it must be like for the millions and millions of them. And their families who watch them suffer, and die a slow and painful death.

I tried twice. I gave up twice. I had a choice.