Home » Standing alongside communities in Yemen

Standing alongside communities in Yemen 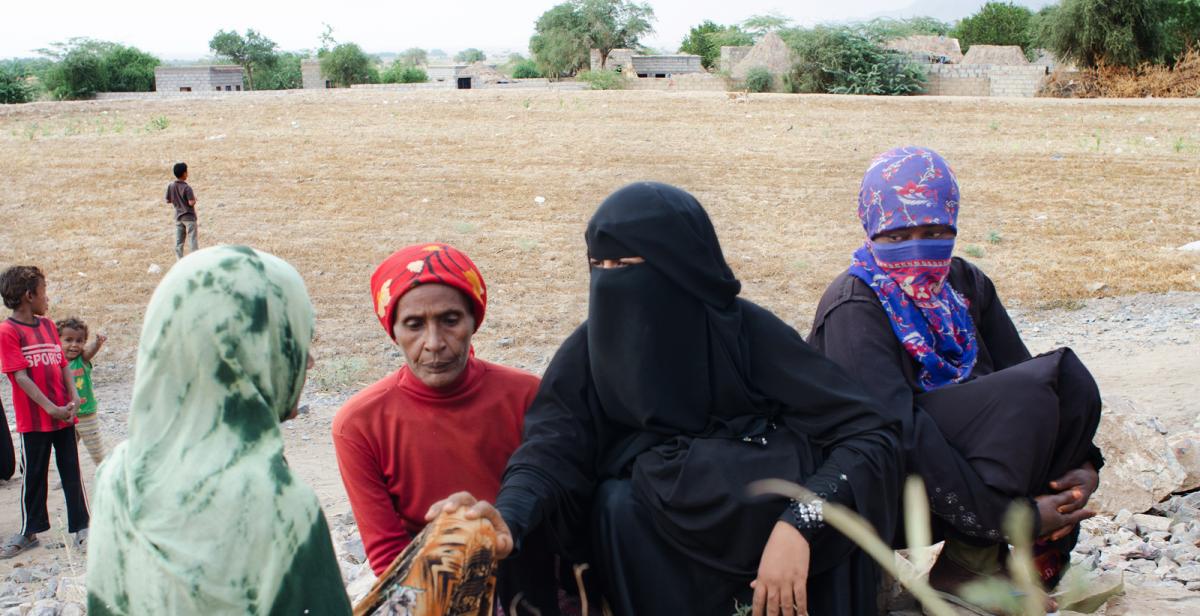 It’s a reality we don’t want to think about and find hard to imagine. It’s hardly in the news like most of the countries where Progressio works, but the Yemini people are suffering. Abeer, our Yemini Country Manager has spent night after night like all other mothers in the capital Sana'a have: hugging her children as bombs are dropped from the Saudi airforce supporting the ousted Yemeni President. Like many, she’s managed to get out with her family to a village that is safer. Like many, she’s already exploring how to make a better future for her country.

As people in Yemen live through an escalating civil war which is taking lives and endangering communities on a daily basis, Abeer and the Progressio team continue to stand alongside those we work with. Here is some of the information we have received to keep you up to date with how we are working alongside the people of Yemen throughout this time.

The root causes of conflict in Yemen are complex. They include a lack of efficient progress to implement the new draft constitution and continuing wide-scale poverty. Some 50% of the population are not only living in extreme poverty, but also rely on humanitarian relief. The constitution was hammered out in draft with a UN-backed national dialogue following the Yemeni Spring revolution that ousted a 30 year incumbent President back in 2011.

The lack of concrete progress on dialogue and the constitution led to extreme dissatisfaction among many in the Houthi population, who recently began taking over parts of the country. Those living in the south of the country became concerned about neglect from the central government and, in addition, an increasingly active Al Shebab (Al Qaeda) caused further destabilisation.

As with many conflicts, many civilians, including women and children, are among those being killed and injured. They are also suffering even greater hardships, with many displaced after being forced to flee their homes

As the conflict has erupted, each of our development workers who are not from Yemen have been evacuated to their home countries in Africa and Nepal, but are exploring how they can continue to work remotely with the local organisations they were partnered with. All Yemini development workers and other Progressio staff are in safer areas and are continuing their work as thoroughly as possible.

Activities that Progressio are responsible for on the Yemen at a crossroads: promoting good governance and citizens' participation in a fragile context will continue. The local organisations we work with on the project are still supporting their local communities alongside Progressio development workers, locally where possible and remotely where not.

Some of our work with faith leaders has been affected by Houthi forces targeting members of the Muslim Brotherhood and arresting around 300 Sunni faith leaders. One member of staff from our partner organization, Abu Musa Alashary Social Charitable Association, has been kidnapped by the Houthi forces.

There is an immediate shortage of fuel and people can queue for three days to buy it. On the black market, fuel prices are four times higher. There is also a shortage of dollars. In some areas, there is also only electricity for one hour a day, which makes communication difficult.

The roads surrounding Aden, the southern port city, have been blocked to prevent Houthi forces from moving around. But this also means that no one can go in or out of the city. Fighting is happening on the streets of Aden, and there is a lack of food and water.

Hodeida, by the red sea on the west coast, is safer and most airstrikes are on the outskirts of the city, targeting military areas. Our local partners in Hodeida can still partly do their work. Some areas in Hadramut are also safe, and some of our partner organisations there can still operate.

As long as airstrikes continue, it will be difficult, if at all possible, to deliver much needed humanitarian relief. We know that the need for support was there before the conflict escalated, but with increasing violence, economic instability, increasing fuel prices and food insecurity, the humanitarian crisis is intensifying.

We’ll keep you updated as the crisis unfolds. Please sign up for our updates with a donation to help our work if you can. You can use your voice to put pressure on the government to take a positive role in ending the crisis here.