Weaving partnership in the Dominican Republic 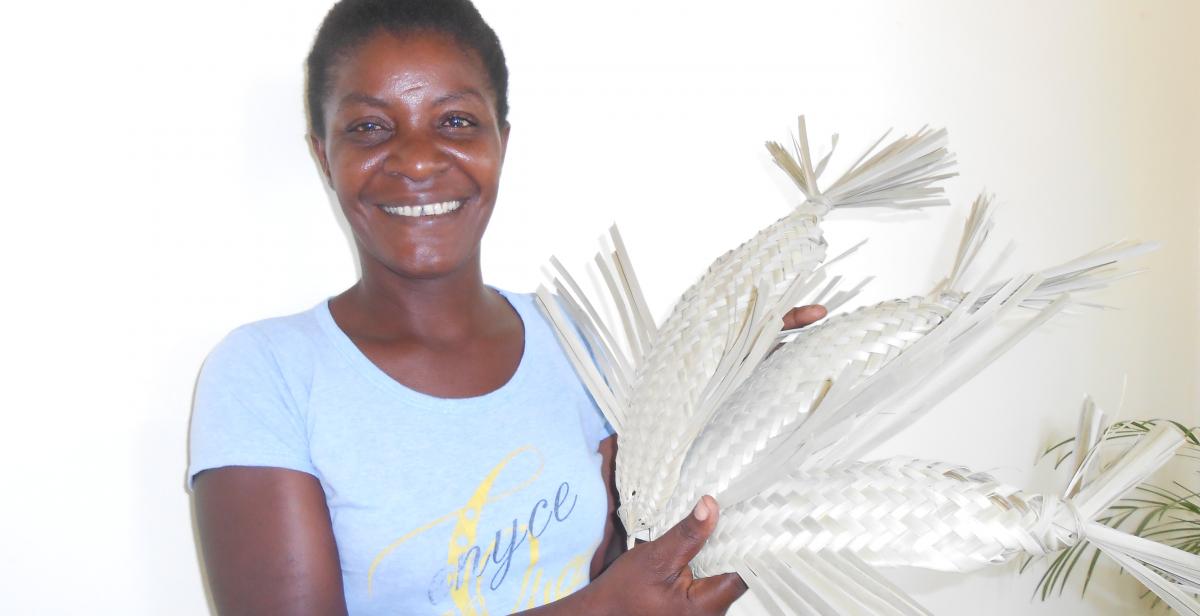 As a young girl in rural Dominican Republic, Olga learned to weave from her mother. As she grew up and became a mother herself, Olga continued to make hampers, baskets and other items for her family, without considering that these skills might take her further.

Olga’s region of Elías Piña, close to the border with Haiti, is culturally rich but economically poor – 83% of all households live below the poverty line, and most people make a living as small-scale farmers. Potential artisans like Olga tend to be disconnected from each other, lacking a place to meet and recognition from authorities.

Progressio works alongside local organisations to ensure that people like Olga have access to the opportunities they need to fulfil their potential. In Elías Piña, Progressio helps to support a local artisans’ association of which Olga is now an active member. 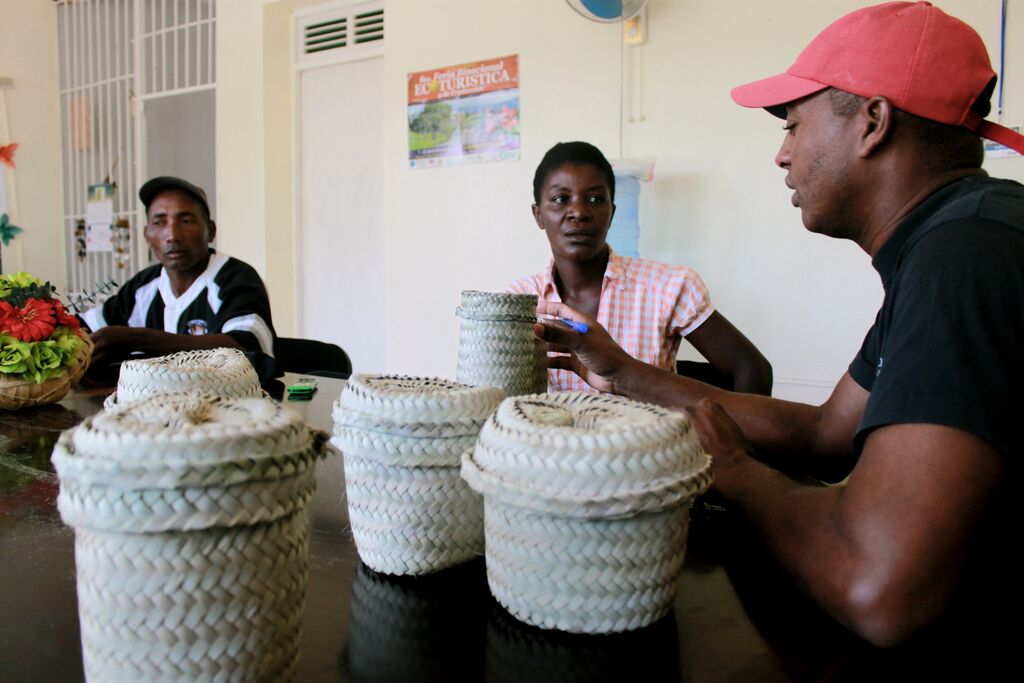 Through the association, Olga has received training on using new weaving techniques, tools and designs. She is in touch with other artists in the area who now have a place to meet and display their work. Progressio is also supporting them to gain legal status.

“I’d never thought my work was worth anything and I never felt like a real artisan”, says Olga. “Joining the association means I am part of a group of people who seek to show the value of our art and work. Taking part in this as well as the courses opens doors for me”.

Recently, Olga used her newly learned techniques to weave a wicker fish, which will be displayed in celebrations in two local towns. She is even gaining a following.

“There are some people who have heard about the products I make and have called me to buy them,” she says.

Today, Progressio supports over 500 artisans in Dominican Republic. In the future, the initiative will give artisans in Elías Piña the chance to exchange techniques with other provinces.

“With my work and with the support of all the members, we will ensure the association keeps going and can continue to support artisans,” says Olga.

To read more about Progressio’s work in the Dominican Republic and Haiti, click here.

Thank you to Development Workers Rocio Loyola and Diana Torres for gathering this story.